Oregonians, Measure 106 Is Your Opportunity to End Tax-Payer Funded Abortion in Our State 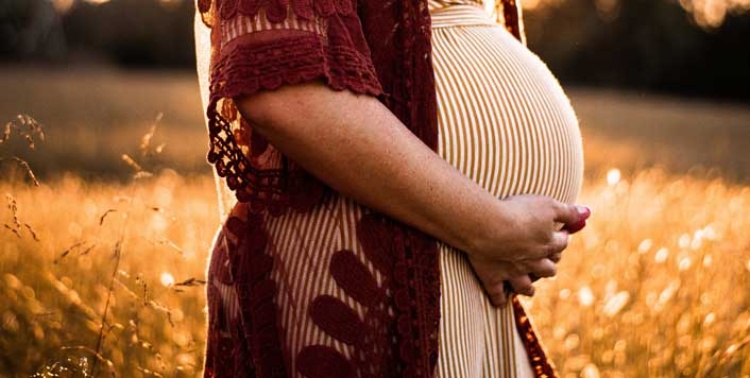 Last year, I shared on my blog about the petition to stop taxpayer funding for elective and late-term abortions in my home state of Oregon. I’m happy to say that volunteers gathered 150,000 signatures to get Measure 106 on the ballot this November. Oregon is the only state in the U.S. without any laws that restrict or limit abortion, and one of only a handful of states that chooses to use taxpayer money to pay for elective abortions. Here’s more information about the measure and how it would change that:

Measure 106 doesn’t stop anyone from choosing an abortion, but it will give Oregon taxpayers freedom from having to pay for other people’s personal choices.

Why vote Yes? Here’s what Oregon voters need to know:

Oregon voters, this November you have a voice. Vote YES on Ballot Measure 106 to stop your tax dollars from funding elective and late-term abortions.  It’s your money, and now it’s your choice.

I encourage you to read through the following perspectives from Diane Meyer, a close friend of ours, which she wrote in support of Measure 106. Diane lived with us when our daughters were small and she was a young unwed mother. We had the joy of seeing her come to Christ, and helped her place a baby for adoption.

I can’t express how deeply Nanci and I respect Diane. She’s a courageous and insightful voice who deserves to be heard:

When I was seventeen, I became pregnant, but I had no desire to become a mother, and quite honestly, I was terrified of labor pain.

Because I was six months pregnant, my abortion took place at a Portland hospital. I was placed on a cot, alongside a dozen other young women, in a basement ward. There, we each received a saline injection in our abdomen to expel our unborn children.

I will never be able to forget the horrific sights and sounds burned into my mind that day. After a few hours of painful labor, we all began losing our babies. I felt a violent lurching sensation as the baby slid from my body and then I saw my child—a small, still huddled form covered in blood laying on the white sheet of my cot.

When I left the hospital, I determined to put this horrible episode behind me, never thinking about it again, never talking about it. I became pregnant again and decided to give my second baby up for adoption. I was in awe when I gave birth to a healthy baby boy, grateful that a childless couple wanted to care for him.

I wish my story ended there, but filled with shame, I aborted one more time. The Lord has forgiven me, but even after forty years, the weight of loss still feels unbearable at times. I think about who my children might have been, children that I lost to “choice.” The hurt and sadness is so heavy that I still weep for those babies that I never knew.

Mother Teresa once said, “The greatest destroyer of love and peace is abortion.” In Oregon, we require that taxpayers fund this destruction. We are paying for anguish, sorrow, and deep regret.

Three other women share their personal stories and perspectives in this video by Women for 106:

Pro-abortion efforts to oppose Measure 106 are substantial. Jeff Jimerson, director or Oregon Life United PAC, wrote recently, “According to public records, opponents of Measure 106 have raised more than $2.1 million to try to defeat us. This includes contributions from many out-of-state Planned Parenthood-affiliated organizations such as $150,000 from New York, $100,000 from Virginia, $50,000 from California, and $50,000 from Hawaii. Their largest donor, a Washington D.C.-based organization called Sixteen Thirty Fund, has given $585,000. From a fundraising perspective, this very much feels like a David and Goliath sort of battle.”

I echo what EPM board member Kathy Norquist writes: “Would you pray that God would touch the hearts of the believers in Oregon to vote and to encourage every member of their family to vote for Measure 106? Satan is alive and well and there is much deception surrounding this battle. We need Goliath-size prayers on behalf of the unborn and their moms.”

Oregonians, let’s join together to love our neighbor by protecting these human lives in our state. And whether you live in Oregon or not, we can all pray for the unborn and their mothers, and also pray for divine appointments where God can use us to make a difference in people’s lives.

For more on abortion and the sanctity of life, see Randy’s books Why ProLife? and ProLife Answers to ProChoice Arguments.

article September 15, 2017
Sadly, my home state of Oregon, which I love in so many ways, legalized abortion four years before Roe v. Wade, and we were the first state, in fact the first principality in the world to legalize physician assisted suicide. As if this weren’t enough for Oregon to be famous for, last month, Governor Kate Brown signed House Bill 3391, making Oregon the only state in the U.S. without any laws that restrict or limit abortion, and one of only a handful of states that chooses to use taxpayer money to pay for elective abortions.

article September 28, 2015
It’s common to talk to women physically or psychologically damaged by abortions, who say, “I had no idea this could happen; no one told me about the risks.” Unfortunately, the large body of evidence indicating significant abortion risks has been suppressed and ignored.
Invest in Eternity