Authentic Love Is a By-Product of Brokenness

We first got to know our dear friend Tami Yeager when she was a part of our EPM staff.  She is a dear sister with a big heart for the Lord and for people, especially believers who are suffering and being persecuted. That heart for others leads her to periodically leave her job at a nearby school here in Oregon to serve refugees in the Middle East.

I found what Tami wrote on her blog touching. And I just love the picture of her with the kids! It’s a wonderful representation of who she is and reflects how she lives out what she writes. May her words encourage all of us, especially those of us who are experiencing suffering, to “love one another deeply, from the heart” (1 Peter 1:22, NIV). —Randy Alcorn

Loving from the Center of Who You Are

“Love from the center of who you are; don’t fake it. Run for dear life from evil; hold on for dear life to good. Be good friends who love deeply; practice playing second fiddle” (Romans 12:9-10, The Message).

Some of the sweetest of relationships and communities I’ve tasted are in places steeped in suffering. Community is rich there—we share a common bond—pain and brokenness. In this place being transparent and genuine takes on a whole new meaning. It’s as if the fires of life on this side of eternity have helped to bridge the barriers of culture and difference and misunderstanding. Real and raw and extravagant love weaves our lives together.

I’m convinced that authentic love is a by-product of brokenness.

We were created for community and shared lives and love. The sharing of ourselves with others won’t happen without our showing up and being seen.

This prodigal daughter is well acquainted with my Father’s love. I know His embrace. I’ve experienced extravagant love. He’s never intimidated by my brokenness, failures, or sin. Resting in His arms is familiar territory for me.

“The son said to him, ‘Father, I have sinned against heaven and against you. I am no longer worthy to be called your son.’ But the father said to his servants, ‘Quick! Bring the best robe and put it on him. Put a ring on his finger and sandals on his feet. Bring the fattened calf and kill it. Let’s have a feast and celebrate. For this son of mine was dead and is alive again; he was lost and is found.’ So they began to celebrate” (Luke 15:21-24).

God’s love saves me time and time again. He’s graciously taken my broken, tattered, and bruised heart and given me a new one, enlarging my capacity to love God and people.

Recently, I was allowed the honor of sitting with a young Middle Eastern girl named Layla. She was pure joy to be with.

Layla’s sister was kidnapped last year. Sadly, kidnapping of young girls in this area is not uncommon. Christian girls are prime targets. Her sister, Amira, was 14 years old at the time. Her captors planned to force her to convert and marry her kidnapper, a man her father’s age. Layla and Amira are the daughters of a Christian pastor from a poor village. The family lacked the money being demanded by their daughter’s kidnappers.

The Middle East is rich in family bonds and loyalty in communities. Amira’s ransom was raised by her extended family and she was rescued. She was swiftly moved far from home and into a safe house for young girls.

Layla and Amira’s father succumbed to a broken heart and died shortly after the ransom was paid and Amira was safe. The weight of pain that rested upon him proved too heavy a burden to shoulder. The Middle East is a shame and honor society, and even victims bear the shame from atrocities committed against them.

Amira continues to live in a safe house for her protection and that of her family. She is able to have regular visits with her mother, Layla, and other relatives. As for Layla and her mother, they’ve relocated to the home of her uncle.

One would think that Layla would be withered from the trauma she’s met head on in her young life. To the contrary. She shines with a special grace afforded those who’ve traversed through the precipice of suffering and loss. Amidst her heartache, God has graced her with joy and happiness. The fires of suffering having produced in her the purest of gold.

I’ll not soon forget Layla—or her story. Her brown eyes and beautiful smile are forever seared upon my heart. I would have traveled half way around the world to sit with her. We laughed, talked, and cried together. She held my arm tight and laid her head upon my shoulder while saying to me, “I love you,” or in Arabic, “أحب.”

I’m thankful that we we’re not made to travel this side of eternity alone—but with hearts wide open.

“Suffering is nothing by itself. But suffering shared with the passion of Christ is a wonderful gift, the most beautiful gift, a token of love.” —Mother Teresa 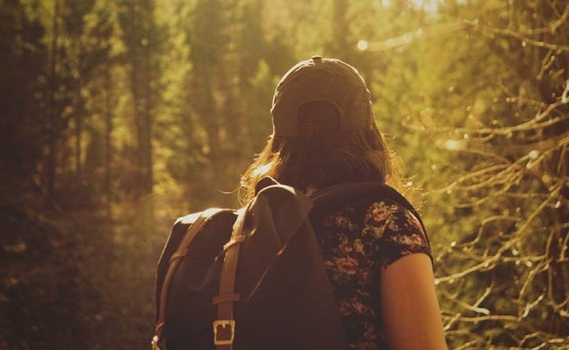 Your Suffering Can Be the Pathway to Greater Godliness

article August 6, 2018
Why do God’s children undergo pressures, suffering, and deadly peril? Paul answers clearly: “that we might not rely on ourselves but on God” (2 Corinthians 1:11). 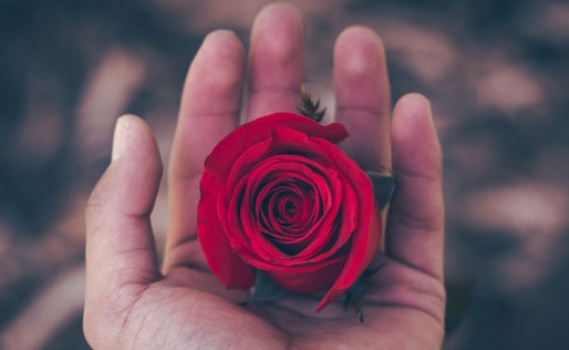 God Doesn’t Love Us on Our Preferred Terms, But on His Own

article February 14, 2014
God’s constant love for us will never let us down, no matter how things appear. We often define love in superficial and trivial ways, setting us up to question God’s love in hard times. 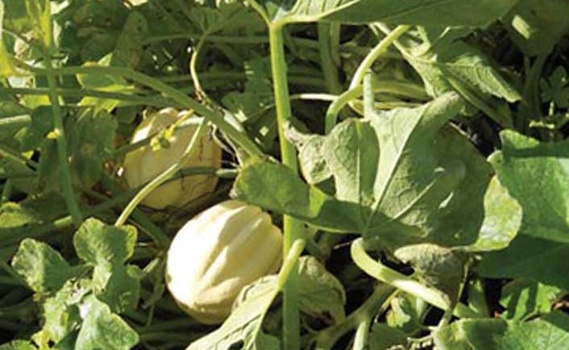 article November 18, 2013
Never underestimate the potential of a seed buried deep within the ashes.
Invest in Eternity