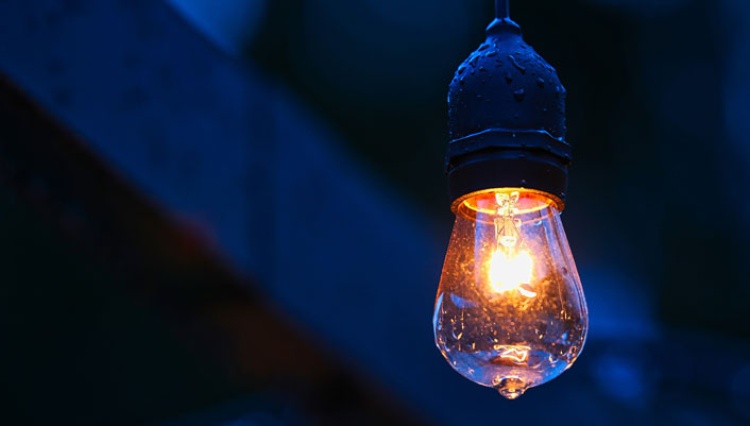 This article by Greg Morse is vitally important. Its message, which has been on my heart a long time, is this: on the one hand, it’s true that we are sinners saved by grace, meaning for now we are still sinners:  “If we claim to be without sin, we deceive ourselves and the truth is not in us” (1 John 1:8). On the other hand, when we talk about how normal sin is, suggesting it’s inevitable that we as Christians sin, we are really missing something vital about Christ’s empowering grace. I’m glad Greg addresses that here. —Randy Alcorn

Sinners, Saints, or Hypocrites: The Lies We Spread About Grace

“In my experience,” the cynic began, “I have found most Christians to be hypocrites who do not live up to their professions.”

“But certainly,” the pastor replied, “being a Christian does not mean we’re any better than unbelievers. We are still just as sick as anyone — we just have found the doctor. Remember, Christianity is not about morality. It’s about grace.”

And so it goes.

From Bible studies to personal evangelism to explaining the moral failures of our leaders, the indistinctness of the Christian is trending these days. How many of us have comforted our neighbor (or one another) with a reminder that the sinner in the church is little different than the sinner outside? “We are all broken,” it is assured. “We are all miserable failures,” is the refrain. To hear it from some, a mere profession of faith is the only real difference between the church and the world.

In an effort to protect the grace of God from works righteousness, some tend to minimize talk of good works altogether. Christianity isn’t about morality. It’s about grace. Now, the gospel — and specifically justification by faith alone — is most certainly about grace and not works, lest grace no longer be grace (Romans 11:6). We love that we are saved by God’s grace through faith (Ephesians 2:8). Every saint in glory will sing, “Amazing grace, how sweet the sound that saved a wretch like me.”

But this “it’s all about grace” talk goes wrong when we say that the amazing grace that saves the Christian doesn’t also make him distinct from the unbeliever in love, action, and speech. When we go out of our way to discount the grace of good works in the Christian life, we betray how little we really know of grace.

Nothing on this planet is like it. It is the most precious jewel we can receive. The sweetest thing our souls can taste. The loveliest lyric our mouths can sing. But it is never a powerless thing.

God does not have a type of saving grace that, once given, leaves its recipient unchanged. Saving grace not only justifies the ungodly (Romans 4:5) but trains us “to renounce ungodliness and worldly passions, and to live self-controlled, upright, and godly lives in the present age” (Titus 2:11–12). God himself is at work in us by his Spirit (Philippians 2:13). And this grace is a more effective teacher than Dr. Phil or Dr. Seuss or any other teacher in the world.

But the doctrine of same-as-the-world Christianity tells us something different: that those who have found the doctor are no healthier than those who have not. Or, in the other rendition, that those beggars who have found the bread stay just as malnourished as the starving world. But patients who tell us that they have seen the medic, while also confessing they are still no different from those miserable souls in the waiting room, let us all in on the secret that they are either lying or need to find a new doctor.

The watching world makes this connection all the time. Our critics regularly tell us that they turn away because such and such professor is a hypocrite. What they mean cannot be missed: the Christian, who, like other acquaintances they have met, is a liar, a cheat, a drunk, a grouch, or a gossip, sullies their profession to have found the heavenly Doctor.

To even many skeptics, following Jesus entails honesty, integrity, love, goodness, kindness — which is more than our pastor was willing to confess. It is no wonder then, why, after trying to woo the sick man into the hospital wing by showing him patients just as infirmed as he, the onlooker passed without interest. The great Physician is blasphemed among unbelievers because of such hypocrisy (Romans 2:23–24).

Christians Will Be Different

“We are the same as the world” is not the Christian motto. We do not champion a powerless grace. To do so excuses the idle in the church to ignore holiness. It belittles the power of the gospel to save sinners from their sin. And it dismisses the work and power of the Holy Spirit to make us holy. It tempts us to take our lamps down from atop the hill, normalizes the loss of our saltiness, and removes shining stars from a morally vacuous sky. We do not need more wicked-as-the-world trophies of his pardon. We need men, women, and children who were wicked as the world but are now trophies of his power.

And why can we expect Christians to behave better than our seemingly upright neighbors?

“Born again” is not a brand name for Christians who take their faith a little more seriously than the mainstream; it is a God-wrought miracle in every true believer. In real time and space, God creates a new creature from the old (2 Corinthians 5:17), transfers us from the demonic realm to his Son’s kingdom of light (Colossians 1:13), and raises the spiritually dead to life (Romans 6:4). He gives new affections, new loves, new joys. Sin becomes odious. Holiness becomes attractive. We become servants of joy with a new mission and a new King.

No longer are we imprisoned in the line of Adam. No longer do we live according to the flesh and its desires. No longer are we bad trees bearing rotten fruit. We have traded sin’s harsh slavery for the freedom of bondage to Christ and righteousness (Romans 6:20–23). We are heirs of life, heirs of glory, heirs of the world to come.

With new birth comes almighty power. Peter lets us in on one of the most scandalous truths for Christian living: “His divine power has granted to us all things that pertain to life and godliness” (2 Peter 1:3).

Christians have all we need, in every circumstance, at every moment, to live a godly life. God himself dwells in us (Romans 8:9–11) and is at work in us (Philippians 2:13). In Christ, we are powerful. We are finally free to conquer pornography. Finally free to say, “No!” to lying, stealing, and laziness (Titus 2:11–13). We are not left helpless to lie around and booze all day — we have the might to renounce every and any temptation through the Spirit that dwells in us (Romans 8:13).

We have the very weapon of God in hand: his word. The very presence of God in us: his Spirit. And the very army of God to war with us: his church.

3. We gladly live for Another’s glory.

It is wrong to assume that only our failures can be the proper backdrop to highlight his grace. I struggle; he forgives. I screw up; his grace is exalted. I morally vomit on the floor; he cleans it up. Christ is glorified as the janitor.

To this, Paul asks, and answers, “Are we to continue in sin that grace may abound? By no means!” (Romans 6:1–2). And Peter confronts it by saying, “The time that is past suffices for doing what the Gentiles want to do, living in sensuality, passions, drunkenness, orgies, drinking parties, and lawless idolatry” (1 Peter 4:3). In other words, we have already sinned enough. Our backdrop is already plenty dark enough to showcase the diamond of his grace. Now we pay no more debts to our former lives but pick up our mats and walk in newness of life. Our fruit, not our failures, proves that we are his (John 15:8).

Saints on the Mend

Sickly saints that are on the mend give glory to the Doctor and instruct others to go to him. To profess to have found him, and bear no change, is to cast a shadow on the name of Christ and the power of his Spirit.

Christians should be distinct from the world in how we live. Yes, should is different than always are. We all have cause to sing, “Prone to wander, Lord, I feel it, prone to leave the God I love.” Sanctification can be painfully slow. What we speak of is not perfection but a new power, a new purpose, and a new direction.

But even when the Christian stumbles, as we all do this side of glory, we are not content to make peace with belittling God. We do not settle at home in our sin. “We’re all human” is not our excuse. We are not satisfied to wander from our Savior. When we fall, we will roll to our knees, plead for grace’s pardon and power, get up, and continue on our way.

We have a mantle to carry. Our Savior has worked a mighty change in us. We are to be his hands and feet. We are to march together on the enemy’s gates. We are to bear witness to a watching world. We are a city on a hill to live as citizens of the world to come. Let’s embrace this, not explain it away. Celebrate this. Be jealous for it. Ask God to help us live more boldly, taste more salty, and shine more brightly.

This article originally appeared on Desiring God and is used by permission of the author.

For more on this subject, see Randy’s devotional Beautiful and Scandalous: How God's Grace Changes Everything.

Photo by Thomas Evans on Unsplash 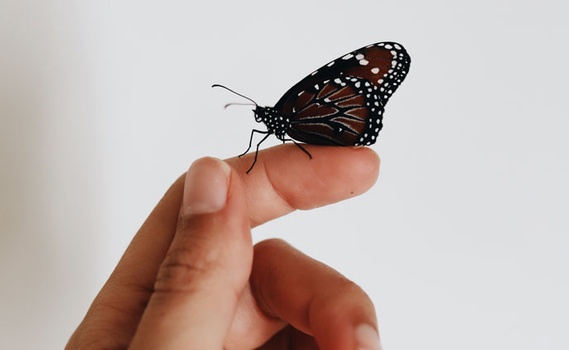 Why Christians Should Listen Carefully and Speak with Kindness

video May 14, 2021
I love this four-minute video from Russell Moore answering the question, “Why should Christians speak with kindness?” I think this message is more important right now than at any other point in my lifetime. 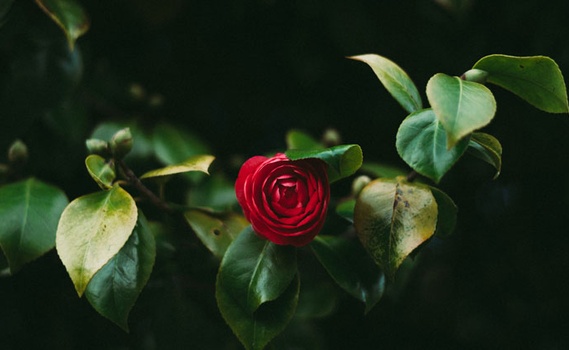 article April 12, 2021
Grace doesn’t minimize or ignore the awful reality of our sin. Grace emphasizes the depths of sin by virtue of the unthinkable price paid to redeem us from it. 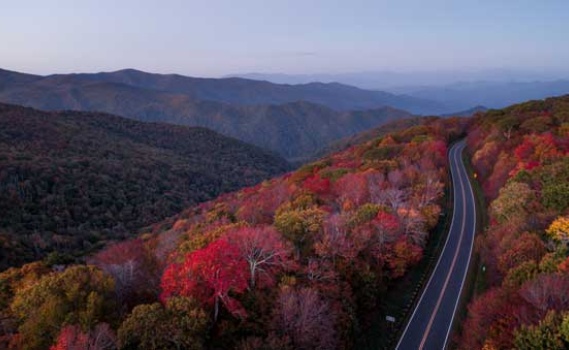 Under Grace, Not Sin

article October 18, 2017
While the Christian life is certainly fraught with temptations and struggles, Christ’s work on our behalf is sufficient to give us victory over sin so it does not master us.
Invest in Eternity