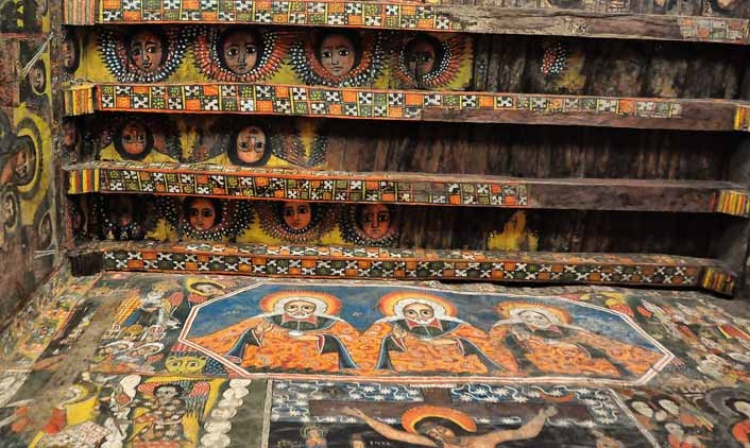 In my novel Dominion, I picture one of the characters, Dani, who is in Heaven, learning about the history of the black church. It’s a rich history, one that I think we all should celebrate. It was fascinating to study these things as I spent a few years researching that novel.

I hope you find this interesting: 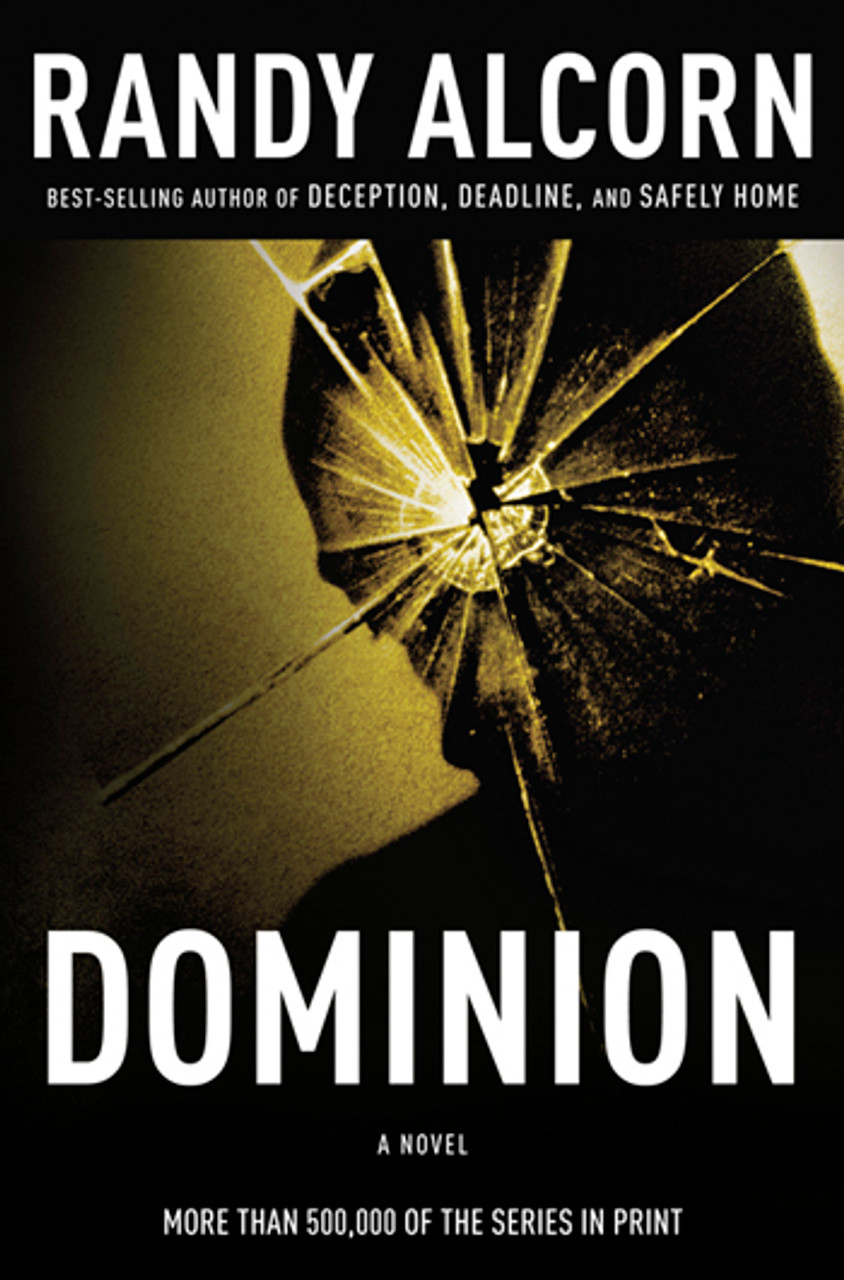 Zeke and Torel left Dani alone to observe through the time portal a great ancient civilization in northern Africa, near modern Sudan. She viewed with fascination the coal black people who called themselves Kushites, whom the Greeks called Ethiopians, which meant “dark skinned.” She watched them develop their own alphabetic language, build pyramids, masonries, ironworks, and complex waterways. She marveled at their excellence in architecture, education, and the fine arts. They were one of the most vigorous and advanced civilizations the world had ever known. Suddenly she saw the writing of the psalmist, and it thrilled her: “Ethiopia shall soon stretch out her hands unto God.”

She watched as Jeremiah was rescued by a black African, then as Simon—from Cyrene in Africa—carried the cross of Jesus. By the time of Christ, this black people group was sending ambassadors to Arabia, India, China, and to Rome. She saw a number of Africans gathered on the day of Pentecost, converted to faith in Christ. She saw the church at Antioch, among the chief leaders Simeon, called “Black Man,” and Lucius the Cyrenian. She watched the Antioch church send out Paul and Barnabas to evangelize Turkey, Greece, and Italy. It inspired her to see black church leaders sending missionaries to reach pagan white Europeans with the gospel. She wished Harley could see this. She wished she’d learned about it back in the Shadowlands.

She watched, intrigued, as one man came to the fore in this ancient drama, a man born just before Christ. He was the chief officer in charge of Ethiopia’s treasury.

Something inside this man—Dani recognized it as the voice of Elyon—told him there was more than the petty ethnic-centered gods of races and nations, such as the three-faced Kushite lion or the Egyptian ram god. There must be a true God who made all races and nations and reigned over all. This Ethiopian sought to know that one true God. He’d heard of a God who brought justice and redemption to a band of slaves, delivering them from the Egyptians a millennium and a half earlier. This was a God who could not be manipulated, who did not exist to fulfill the agenda of any man or nation.

The Ethiopian welcomed the opportunity to travel to Jerusalem. After a few weeks of observing Jewish worship and faith, he began his long journey back by carriage through the Sinai desert to Egypt, from which he would travel another eight hundred miles to his home. Along the way he studied the Hebrew Scriptures, of which he had obtained a scribal copy for his queen at great price. As Dani watched him riding in his chariot, she felt the longing, the ache in his heart to know the truth. It thrilled her.

Suddenly a man appeared on the scene, Philip, a Jewish Christian convert. He had already gone to reach the Samaritans, who had been hated as half-breeds but whom he knew should be embraced because all racial barriers had been broken down in Christ. Now, sent by God’s Spirit, he went to the Ethiopian.

Dani listened as the black African asked questions, and Philip, the brown Jew, explained how God’s Son had suffered and died and risen for all men that they might be forgiven of their sins and spend eternity with him, along with brothers from all nations and tribes and languages.

The Ethiopian listened in rapt attention, sensing this was the missing piece to life’s puzzle. The man came to faith in Christ as he sat in his chariot. He asked Philip to baptize him in water by the road. Dani wept at the sight of this baptism, feeling as if she were there. It moved her more than any she’d ever witnessed.

Dani watched in excitement as this black national leader continued to study and grow in his faith on the journey home. Back in Ethiopia he became an outspoken witness for Elyon’s Son. She watched many in that nation come to Christ, knowing the descendants of these people would migrate to west Africa and seventeen hun­dred years later many would be taken to the new world as slaves. She realized her roots for the first time—she and her family were descended from the very Ethiopians she now observed. Churches were established, thriving churches. She watched the decades become centuries as some of the greatest theological minds of early Christianity—including Augustine and  Tertullian—came out of the black churches of North Africa.

As she watched the courage and conviction of the first African Christians, the strongest bulwark of early Christianity, she swelled with wonder and the right kind of pride. The spiritual heritage of her people, she realized for the first time, did not simply go back a few hundred years to American slaves. Many people of her race embraced the Christian faith before the first white churches were born, before the gospel traveled north to Europe or spread to Asia, and fifteen hundred years before it came to the new world.

She marveled too, as she followed the timeline of history, that the Christian church was solidly grounded in North Africa over six hundred years before Mohammed lived and Islam began. She watched the flourishing ministries of over five hundred bishops in the African church, then grieved as she witnessed Islam’s military conquest and persecution of African Christians. She wondered why she had never before heard this part of history. But she thrilled at the vibrant Christian faith and perseverance of her ancestors, even amid the suffering and enslavement by Muslims.

Dani wept at length, feeling pain eclipsed by joy. Finally she felt a hand on her shoulder. Thinking it might be Elyon’s Son, she peered up at the broad smile of a coal black face she immediately recognized. It was the Ethiopian man, baptized by Philip, now in the full-time service of the King of the universe. Dani and the man walked and talked and exchanged stories. He introduced her to many of his family and old friends, who became her new ones.

If you’d like to read more about the early African church, check out this issue of Christian History, one of my favorite magazines of all time (all 100 issues are on my shelf!). 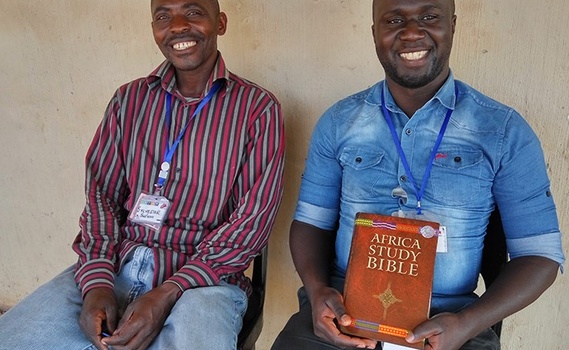 The Discipleship Crisis in Africa, and How the Africa Study Bible Can Help

video December 10, 2021
At the current rate, 42% of the world’s Christians will live in Africa by 2060. A discipleship crisis is growing, and there is a desperate need for affordable, biblical resources written by Africans. 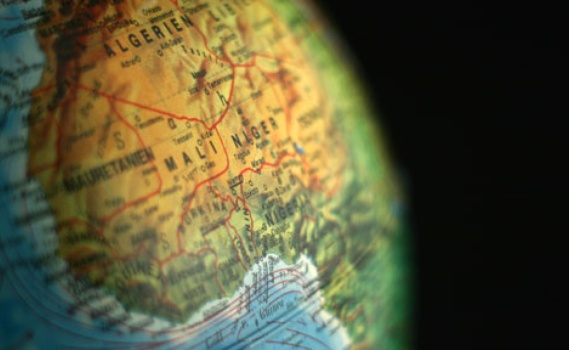 article August 3, 2016
We won’t all, in this life, meet someone whose story will suddenly shed light on God’s purpose in our loved one’s suffering or death. But I think most of us will have that very experience one day on the New Earth. 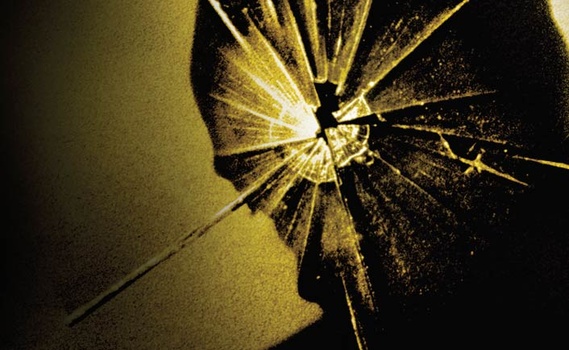 video August 19, 2013
Dominion allowed Randy to tackle the issues of racism and reconciliation as seen through the eyes of the African-American main character, Clarence Abernathy.
Invest in Eternity