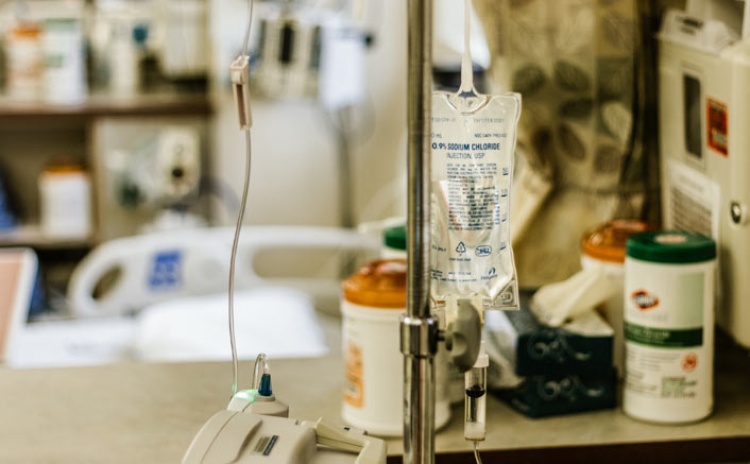 R.C. Sproul wrote, “If there is one single molecule in this universe running around loose, totally free of God’s sovereignty, then we have no guarantee that a single promise of God will ever be fulfilled.” Thankfully, Scripture assures us of God’s sovereignty, and affirms that no atom or molecule is outside His control. These truths can bring us great comfort, especially in times of suffering and uncertainty.

Last year John Piper wrote an article titled “No Maverick Cells in Me: My Deepest Hope During Cancer.” Nanci and I first read this while she was undergoing cancer treatments, and it really encouraged us. It’s an apt reminder for us again, as we are in another season of waiting and uncertainty related to Nanci’s latest test results. (See her Caring Bridge page for updates.) We are resting in God’s sovereign grace, and entrusting ourselves to His mercy and wisdom. —Randy Alcorn

No Maverick Cells in Me: My Deepest Hope During Cancer

Two hours before writing this sentence, I received a phone call from a friend whose adult son was just told by the doctor that the medical professionals have done all they can do, and that barring a miracle, his cancer will be fatal. This would be the second child my friend has lost to cancer. I mention this because I am painfully aware that not everyone gets a reprieve from the cancer diagnosis the way I did—so far.

There are several ironies surrounding my own experience with cancer. My biopsy for prostate cancer happened on our thirty-seventh wedding anniversary, and the surgery to remove the cancerous gland happened on Valentine’s Day. It’s okay if you smile, even though cancer is not a laughing matter.

Let me set the stage. It was a routine checkup with my urologist, after years of dealing with the troubling effects of an enlarged prostate. I was sixty years old and, I thought, in good health. Strange, isn’t it, how we presume we are in good health when, in fact, we have no idea what is growing inside of us.

When people ask me now, “How’s your health?” I never say, “Fine,” like I used to. I say, “I feel fine.” Which, being translated, means, “I don’t know how I am. Only God knows. For all I know, I could have fatal cancer, or an aortic aneurysm that will burst tomorrow, or a blood clot in my leg that will release tonight and cause a fatal stroke as I sleep.”

Here’s what changed that simple habit of saying, “Fine.” My routine exam is over. But the doctor says, “I felt some irregularities. I’d like to do a biopsy.” Pause. I say, “Okay, if you say so. When?” “Now,” he says, “if you have time.” Pause again, as this sinks in. “Sure.”

He takes me to another examination room, tells me to change into the robe hanging on the hook, and says he will be back in a few minutes with the machine for the biopsy. He goes out and leaves me alone.

At this point, you remember your best friends—the ones you spend the most time with and who tell you what you most need to hear, when you need to hear it. Well, I had spent significant time early that morning with my friend the apostle Paul. In fact, I had loved his words so much that morning that I had committed two verses to memory.

As I sat there on the examination table with my legs dangling over the end, wearing my open-backed hospital gown, and waiting for I knew not what, Paul’s words came back to me.

God has not destined [you] for wrath, but to obtain salvation through our Lord Jesus Christ, who died for [you] so that whether [you] are awake or asleep [you] might live with him. (1 Thessalonians 5:9–10)

This was an exquisite gift to me. Perfectly timed. Perfectly expressed. Paul had spoken the words that morning. But God had arranged for me to read them during my devotions. God had put it in my heart to memorize them. God had brought them to my mind in the examination room. And God had given me the faith to embrace them as the sweetest gift he could give in that moment. Yes, even sweeter than “You will be healed.”

First, he told me, “What you are about to experience—cancer or not—is not wrath! If you have cancer, it is not owing to God’s punishment.”

To feel the full force of this, you need to realize that I share Paul’s unshakable conviction that God is absolutely in control of whether anyone gets cancer. Paul said, “From him and through him and to him are all things. To him be glory forever. Amen” (Romans 11:36). He said, “[God] works all things according to the counsel of his will” (Ephesians 1:11).

So when Paul said to me, “This is not the wrath of God,” he did not mean, “If you have cancer, it’s not from God.” No. No. If I have cancer (which I did), it is most certainly owing to God’s ultimate purposes. God controls every molecule in the universe. He is God! There are no maverick cells outside his control.

What Paul meant when he said, “This is not the wrath of God,” is that, cancer or not, “God is not punishing you.” This is not punitive. God has his purposes, but they do not include punishment for my sin. They are all mercy. All love. How do I know that? Paul answers that question. I will come back to it in number four below.

Better Than No Death

Second, Paul told me, as I waited for the doctor, the positive side of “This is not wrath.” He said, “God has not destined [you] for wrath, but to obtain salvation.”

This cancer is not wrath. It is the path to salvation. Salvation is the positive counterpart to no wrath. Did he mean, “The biopsy will come back cancer-free. You will be saved from having cancer”? No. That is not what he meant.

There is no question about this. Paul said, in effect, that I might die from the cancer they are about to detect. So what, then, does salvation consist in? He will get to that.

Third, Paul told me that God does not guarantee I will escape death from this cancer.

He said that I would be saved “whether [you] are awake or asleep.” This means “whether you live or die.” Paul called death sleep not because after death there is no conscious fellowship with Jesus (Philippians 1:23), but because the body of a dead Christian looks like it is sleeping, and that body will be raised from the dead (as from sleep) at the last day (1 Corinthians 15:20).

You might think this would be small comfort—not being told that I was going to survive this cancer. But that is not the way it worked. What I needed at that moment was a comfort far more solid and lasting and unshakable than a few more years of life after cancer. I needed just what I got: “This is not wrath. You are destined for salvation. And that is true—absolutely true—whether you live or die!”

Fourth, Paul gave the awesome answer to the question I left open at the end of number one: “How do you know this cancer is not the punishment of God for your sins?” Answer: because Christ already died for my sins. Cancer or no cancer, death or life, Paul told me that I was going to “obtain salvation through our Lord Jesus Christ, who died for [you].”

Because, if he died for them, we will not die for them. That would be double jeopardy. That was the reason he came — that my condemnation under the wrath of God (John 3:36) would be endured by Jesus when he died on the cross (Romans 8:3). The person who is united to Christ by faith in him “does not come into judgment, but has passed from death to life” (John 5:24).

Promise of a Person

The final thing he said to me was very personal—namely, just what he meant by salvation. “God has not destined [you] for wrath, but to obtain salvation through our Lord Jesus Christ, who died for [you] so that whether [you] are awake or asleep [you] might live with him.”

Whether you live or die, you will live. But not just live in some misty, unspecified immortality, but very specifically, you will “live with him”—the one who died for you and rose again. Which means at least two great truths. One is that I will live forever, since the one I live with cannot die. “Christ, being raised from the dead, will never die again” (Romans 6:9). The other is that I get to live forever with the one who loved me enough to die for me. This is a very personal and deeply satisfying promise.

The doctor called me the next day and said, “You have cancer. I’d like to meet with you and your wife when it’s convenient for you and discuss your options.” We took the radical option: take it out. That happened seven weeks later—on Valentine’s Day. That was twelve years ago. How am I doing? I feel fine.

Photo by Allie Smith on Unsplash 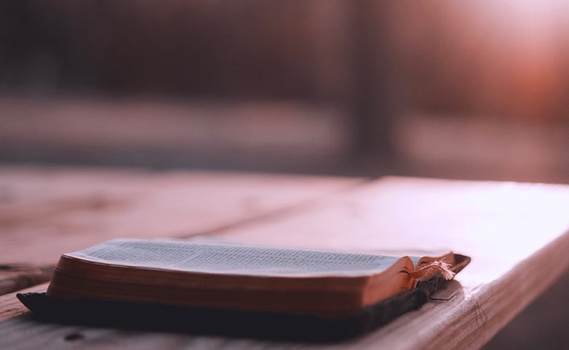 God’s People Need an Eternal Perspective During the Coronavirus Crisis

video March 18, 2020
Don’t let the Coronavirus or anything else distract you from the promises of God, or rob you of living the life God has given you. Live for Jesus in the midst of this, and you may come out on the other side, as we do so many of the trials of our lives, saying, “God, you taught me more and drew me closer to you through this crisis than any other time of my life.” 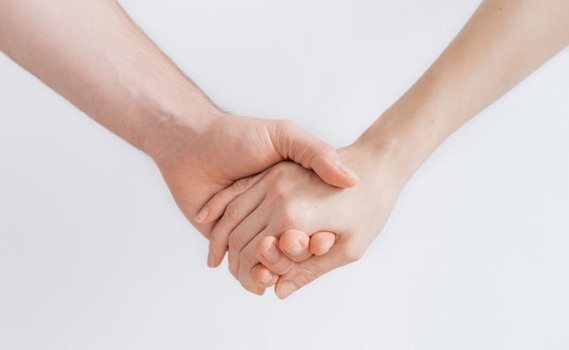 Walking Through Cancer with a Loved One

audio March 4, 2020
I recently had the privilege of visiting the Joni and Friends headquarters in Agoura Hills, California. While I was there, I was asked to record a few episodes for their podcast, including one about the journey Nanci and I have been on since her diagnosis with colon cancer in early 2018.  We talked about our relationship, hope, and practical ways to encourage those who are facing similar challenges. 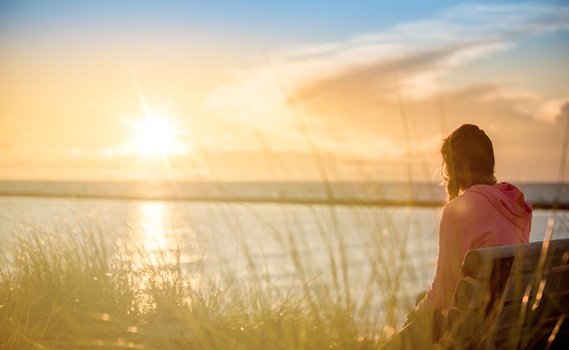 To the Young Adult Diagnosed with Cancer

article March 18, 2019
Stephanie's thoughts about her experience with cancer will help young and old alike. Coming off Nanci’s and my “year of cancer” in 2018, I encourage everyone to read this article and pass it on to others!
Invest in Eternity