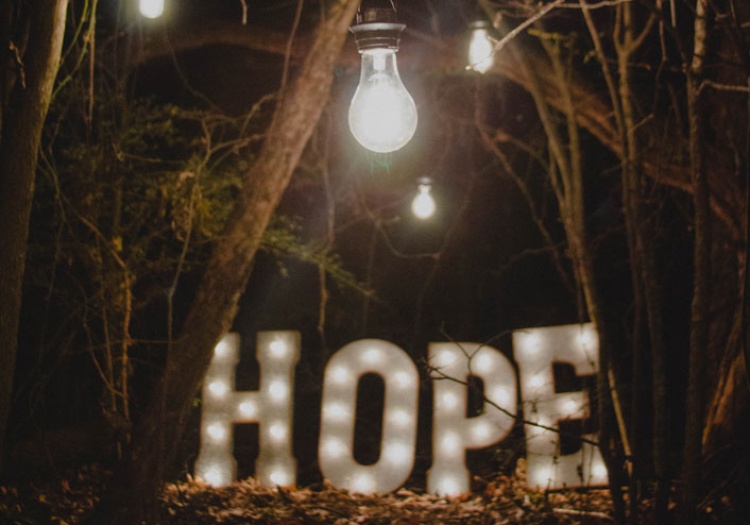 Some time ago Greg Laurie asked me to speak in November at his Harvest Fellowship churches in Riverside and Orange, in Southern California. Before I left, I was thinking it was bad timing because my wife Nanci was going to the hospital the following Tuesday for a major surgery to deal with cancer that has moved to her lung. But Nanci still wanted me to go speak since she was fine watching football with our dog Maggie. :)

As I was preparing my message, I realized that part of God’s plan for that weekend wasn’t about what I was going speak to others but what He wanted to speak to me. Greg asked to interview me about Heaven, Happiness, and Hope. I’ve written multiple books on the first two subjects so I put my focus on HOPE. And God really did encourage me and renew my hope even as Nanci and I face another challenging episode in her cancer journey. (Prayers are so appreciated. See her CaringBridge page for the latest updates.) Part of God’s purpose in me being there was that Greg kindly prayed for Nanci in all three of the services at both campuses. At the book signings many people said they would be praying for Nanci.

Below I’ll share some more thoughts about hope. But some of you may wish to see the video. We talk some about Thanksgiving, but also about Christmas and the holiday season, so it’s still timely. (Greg and I focus on hope around the 30-minute mark.)

The Bible views hope differently. To put our hope in God is to know Him as our source of life, significance, and security. He is all powerful, and He loves us too much to ever fail us. That means hope placed in Him isn’t merely a wish but a rock-solid certainty.

Our hope is actually built on historical facts that happened on earth in space and time. J. I. Packer says, “There is hope for a ruined humanity—hope of pardon, hope of peace with God, hope of glory—because at the Father’s will Jesus Christ became poor and was born in a stable so that thirty years later he might hang on a cross.”

Scripture talks about our struggle against the curse of sin, disease and death but says that is not the end of the story: “Against its will, all creation was subjected to God’s curse. But with eager hope, the creation looks forward to the day when it will join God’s children in glorious freedom from death and decay” (Romans 8:20-21, NLT).

The hope of Heaven is the light at the end of life’s tunnel. It not only makes the tunnel endurable; it fills our hearts with anticipation of the world into which we will one day emerge. Not just a better world, but a new and perfect world. A world alive, fresh, beautiful. A world devoid of pain, suffering, and war. A world without earthquakes, without tsunamis, without tragedy. A world where all who love Jesus will be forever reunited with each other as well as with Him. A world ruled by the only One worthy of ruling.

If we build our lives on the solid foundation of Jesus Christ’s eternity-shaping redemptive work, we can be optimists. Why? Because even our most painful experience is but a temporary setback. Our pain and suffering may or may not be relieved in this life, but will certainly be relieved in the next. That is Christ’s promise—no more death, crying or pain; He will wipe away all our tears (Revelation 21:4). Indeed, any other foundation is sand, not rock. It will inevitably disappoint us.

May God graciously remind us that the power of Christ’s resurrection is enough not only to remake us, but also the universe. Nanci and I love the holidays, and her favorite hymn and mine is Joy to the World by Isaac Watts. It’s more about the second coming of Jesus than the first, and it’s theologically on target:

No more let sins and sorrows grow
Nor thorns infest the ground;
He comes to make His blessings flow
Far as the curse is found.

How far does Christ’s redemptive work extend? Far as the curse is found. If redemption failed to reach the farthest boundaries of the curse, it would be incomplete. God won’t be satisfied until every sin, sorrow, and thorn is reckoned with. So let’s rejoice and be filled with hope as we anticipate the height, depth, length, and breadth of our Savior’s redemptive work!

Finally, here are some other great quotes on hope:

“Through him we have also obtained access by faith into this grace in which we stand, and we rejoice in hope of the glory of God.” (Romans 5:1)

“May the God of hope fill you with all joy and peace in believing, so that by the power of the Holy Spirit you may abound in hope.” (Romans 15:13)

“Mankind intuitively places their hopes and allegiance in a perceived great one. We want someone we can look up to, believe in, and identify with. Image-bearers need a hero. More specifically, fallen humanity needs a Savior. All the beauty longings of our heart scream for just one beauty that restores, fulfills, and endures. Christianity heralds just such a beautiful one: Jesus Christ.” —Steve DeWitt

These thoughts are a great encouragement to me right now, and I hope they are to you too.

Photo by Ron Smith on Unsplash 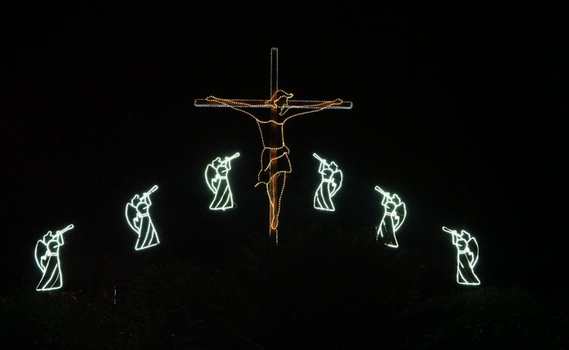 article December 22, 2017
I enjoyed these Christmas reflections from my friend Greg Laurie, and think you will too. 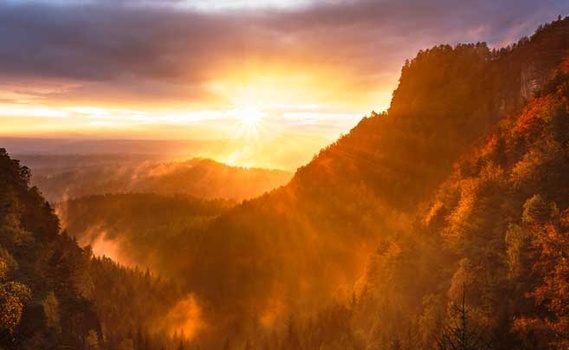 article September 18, 2013
Hope is a much stronger word in the Bible than it is for most of us today. 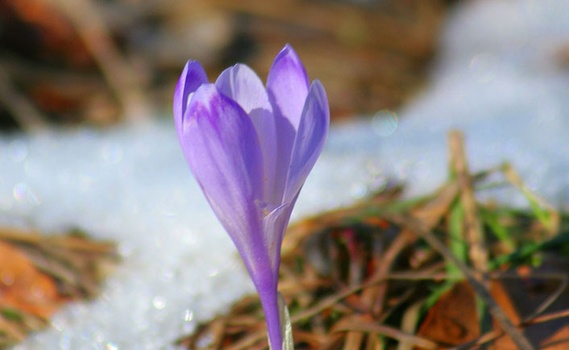 article March 22, 2010
Several people have already asked about my response to the passage of the Health Care Reform Bill and its inclusion of abortion. Yes, I am deeply concerned about its effect on unborn children. However, even though this bill has passed, the righteous cause of the unborn is not over.
Invest in Eternity