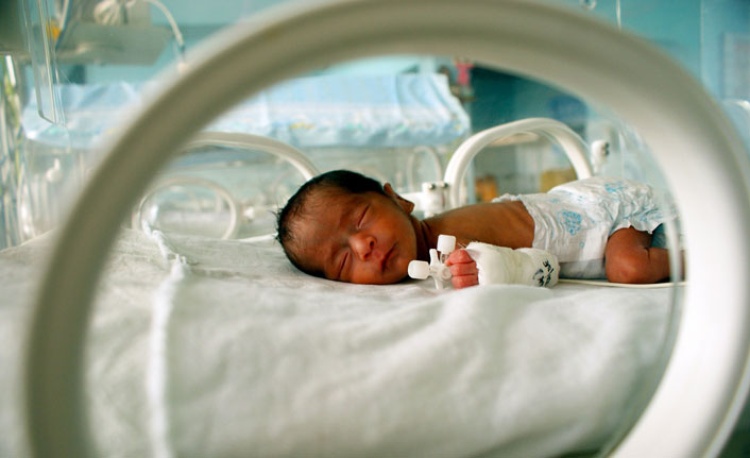 Today’s blog was written by my son-in-law Dan Franklin, who is married to my daughter Karina. Dan, teaching pastor at Life Bible Fellowship in Upland, California, is a great communicator, and if you follow my blog, you probably know I like to share posts from him from time to time.

Thanks, Dan, for speaking up for the unborn and helping the rest of us know how to speak up and engage others in conversation about abortion.

Many of those we talk to have vested interests in abortion. They’ve either had one themselves, or have advised another—perhaps a friend, wife, or daugh­ter—to have one, or have aided them in doing so. We need both grace and truth as we address abortion. Before we can speak the truth in love, we need to recognize what is true and what isn’t. That’s what this article is about. —Randy Alcorn

The subject of abortion has long been close to my heart. This is first and foremost because I believe it is a matter of life and death for a vulnerable baby. I believe every abortion kills a human being created in the image of God. Secondarily, though, the subject of abortion is close to my heart because I believe that when we champion and defend abortion, we sacrifice a bit of our souls. I think this is true of us as individuals and also as a nation. How we treat our most vulnerable says something powerful about our souls. This is true when it comes to mistreating people because of their race, their gender, their economic status, and their capabilities. It also applies to abortion because the practice of abortion says we will take it upon ourselves to remove another person from the planet because they inconvenience us.

No, it isn’t. Simple facts say otherwise. Polls consistently show that women in the United States are split down the middle on this question. About half are pro-life and about half are pro-choice. It is simply factually inaccurate to spin this as a bunch of men making decisions in order to disadvantage women.

“This is about bodily autonomy.”

No one in the United States has complete bodily autonomy. I cannot trespass on someone else’s property. If I was being removed after trespassing, it would not be valid for me to shout that I have the right to do whatever I want with my own body. I don’t have that right. I don’t have the right to assault others, rape others, throw objects at others, or take other people’s property. I have to control my body and obey laws. No one has complete bodily autonomy.

The Keep-Your-Hands-Off-My-Body slogan is disingenuous. No pro-life person wants to keep any woman from making decisions about what she wears, what she eats, whether she has her appendix removed, or whether she exercises regularly. This is not about men—or other women—trying to control a woman’s body. This is about trying to protect the life of the young man or woman in the womb.

“What about when the mother’s life is at risk?”

I know of no pro-life advocate who doesn’t see this as an exception. We can move on.

“What about in cases of rape?”

Rape is, of course, horrific. Rapists should be arrested, convicted, and imprisoned. This is hardly a controversy in our culture. There is near-unanimity of the wrongness of rape.

But a baby conceived through a rape is still a baby. In fact, there are men and women walking around today who were conceived through rape. Should they have been killed because of the evil actions of someone else? I don’t believe they should have been.

When a woman becomes pregnant because of rape, I think her family, her friends, her church (if she has one), and her community should all gather around her, support her, and help her in any way they can. I think they should champion her as an amazing woman who treasures life enough to be willing to bear that baby and then make a choice about adoption or mothering.

It is clearly a situation in which the mother is a victim of evil. This doesn’t make killing the baby a good solution.

And, to be fair, abortions that are performed in cases of rape make up less than 1% of all abortions. So, my question to the person who brings up cases of rape is this: “Are you willing to say that rape—and the life of the other—are the only cases when abortion should be made available?” The answer is almost always, “No, I think a woman should always have the right to choose.” In that case, then it is not helpful to bring up the “exception” for rape. If pro-life people made this exception, it would clearly not appease those who demand full abortion rights.

“But having the baby will ruin the mother’s life.”

Having the baby will certainly impact the mother’s life. There is no question about that. The mother will, in some cases, have to quit school or find a different job. This is 100% true.

But no person’s career or education is more important than the life of a human being created in the image of God. If I get caught embezzling at work and someone is going to expose me so that I will face termination and imprisonment, I don’t get to kill that person. As painful as the consequences of my actions would be, I would need to accept them.

And I absolutely reject the idea that a baby ruins the life of a parent. People consistently experience the joy of children even when they are unplanned and incredibly inconvenient. In fact, in many of those cases, mothers talk about how glad they are to have their child, despite the fact that the pregnancy was unplanned and inconvenient.

Yes, this is true. This is a strange argument, but it comes up fairly frequently. The argument goes something like this, “Well, abortion is legal and therefore women should have a right to choose it.” Yes, abortion is legal. But this argument seems to assume that if something is legal then it is therefore good or moral. Slavery was once legal. That didn’t make it moral. No pro-life person is arguing that abortion is not legal. Many of us are arguing that it should not be legal because it is immoral.

“A woman should not have to have a child if she doesn’t want one.”

We all have to face things that we don’t want to happen. Sometimes we have expenses because of health problems. But we don’t get to say, “Yes, I broke a law, but I shouldn’t have to deal with a fine.” Just because a thing is unwanted does not mean that we have a right to reject or avoid it.

A married man has a legal right to have an affair. But he does not have the right to have an affair and then expect that this will not have consequences for his life and marriage. Similarly, a woman could save sex for marriage, which would make her far less likely to end up with an unwanted pregnancy. But she also has the legal right to have sex outside of marriage, and even to have casual sex with as much frequency as she can manage. But she doesn’t have the right to expect that there will be no consequences for this. And it is immoral to kill a baby simply because he or she doesn’t fit into our plans.

I don’t at all presume that this article solves all problems—or even that it convinces a great number of people to change their minds on abortion. But those of us who are pro-life need to be willing to use our voices for the sake of precious unborn children, and also for the sake of the soul of our nation. Abortion is not a victimless crime. It kills not only a baby, but also a piece of our own souls.

Image by Victor Ramos from Pixabay 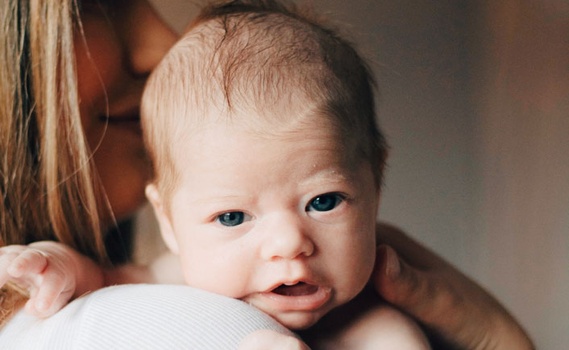 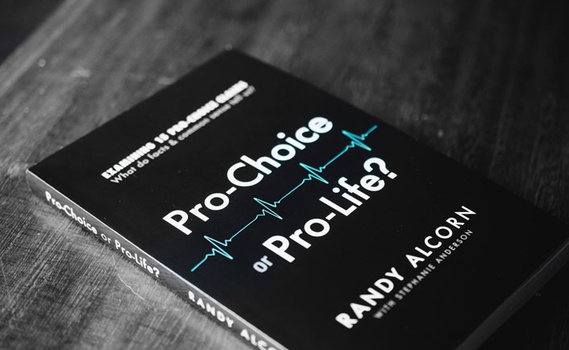 article October 14, 2020
I’m excited to introduce my book Pro-Choice or Pro-Life: Examining 15 Pro-Choice Claims—What Do Facts & Common Sense Tell Us? It tackles the predominant pro-choice claims head-on but does so in a thoughtful and non-aggressive way in order to reach pro-life and at least some pro-choice readers. This book is carefully written and edited, and I believe is a high-quality pro-life resource.

Six Rationalizations for Abortions, and Professor J. Budziszewski’s Analysis of Each

article April 12, 2017
Rationalization and denial are methods we use to cope with unwanted, stressful information. This is why arguments for the prochoice position are saturated in rationalization and denial. At the end of the day, it is alarmingly easy for us to ignore evidence to the contrary, as well as the promptings of our consciences, and simply believe whatever we want to believe.
Invest in Eternity