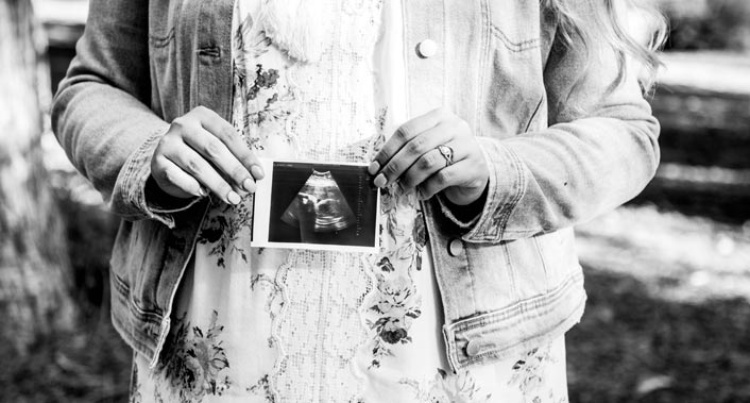 Some abortion advocates argue that even if a “fetus” is actually a person, that doesn’t change the fact that one person does not have the right to use the body of another person against their will (in this case, against the mother’s will). Therefore, she should have the right to “evict” the fetus from her body.

In his book Abortion Practice, Warren Hern, one of the world’s most prominent abortionists, wrote that “the relationship between the [mother] and the [baby] can be understood best as one of host and parasite.” [1] He’s not alone in this view. One woman, referring to the twins she was pregnant with and later aborted, wrote, “Right now it’s just a parasite only living off of me. I would survive in this world without a host. The definition of a parasite.” [2]

In a recent article for The New Yorker, Jia Tolentino writes, “If the fetus is a person, it is a person who possesses, as Sally Rooney put it in the London Review of Books, ‘a vastly expanded set of legal rights, rights available to no other class of citizen’—the right to ‘make free, non-consensual use of another living person’s uterus and blood supply, and cause permanent, unwanted changes to another person’s body.’ In the relationship between woman and fetus, she wrote, the woman is ‘granted fewer rights than a corpse.’” [3]

Years ago, abortion-rights advocate Judith Jarvis Thomson invented an analogy that was widely quoted in prochoice literature and debates. She compares pregnancy to a situation in which someone wakes up strapped to a famous but unconscious violinist. Imagine, Thomson says, that some group called the Society of Music Lovers has “kidnapped” you because you have a certain blood type. Now you are being forced to stay “plugged in” to the violinist’s body for nine months until he is viable, or able to live on his own.

Thomson then asks what if it were not just nine months, but nine years or considerably longer? (Apparently this is a comparison to having to raise a child once he is born.) Thomson assumes that readers would find such a situation “outrageous” and would not consider it their obligation to be subjected to nine months—at least—of bondage and misery for the sake of the violinist, who is little more than a human parasite. [4]

This analogy is worth a closer examination, because it is typical of the way the abortion issue is framed by prochoice advo­cates and by many young people in our society. I’ll address four fallacies of this argument that cut to the heart of the abortion debate.

1. Over 99 percent of all pregnancies are the result of sexual relations in which both partners have willingly participated. One is rarely coerced into pregnancy. Though prolifers may be in Thomson’s mind, neither they nor anyone else is parallel to the Society of Music Lovers. No one is going around forcing people to get pregnant. The outrage the reader feels at the idea of being kidnapped and coerced is an effective emotional device, but it is a distortion of reality.

2. In this scenario, mother and child are pitted against each other as enemies. The mother is at best merely a life-support system and at worst the victim of a crime. The child is a leech, a parasite unfairly taking advantage of the mother. Love, compassion, and care are nowhere present. The bonding between mother and child is totally ignored. The picture of a woman waking up in a bed, strapped to a strange unconscious man is bizarre and degrading to women, whose preg­nancy and motherhood are natural. “The violinist is artificially attached to the woman,” Greg Koukl writes. “A mother’s unborn baby, however, is not surgically connected, nor was it ever ‘attached’ to her. Instead, the baby is being produced by the mother’s own body by the natural process of reproduction.” [5]

3. The child’s presence during pregnancy is rarely more inconvenient than his presence after birth. The burden of a born child is usually greater on a woman than the burden of an unborn. Yet if a parent of a two-year-old decides that she is tired of being a parent and that no one has the right to expect her to be one any longer, society nonetheless recognizes that she has certain responsibilities toward that child. She can surrender him for foster care or adoption, but she cannot abuse, neglect, or kill the child. If the solution to the stresses of pregnancy is killing the preborn child, is killing not also the solution to the stresses of par­enting the preschooler?

Greg Koukl says, “What if the mother woke up from an accident to find herself surgically connected to her own child? What kind of mother would willingly cut the life-support system to her two-year-old in a situation like that? And what would we think of her if she did?” [6]

4. Even when there is no felt obligation, there is sometimes real obligation. If a woman is being raped or murdered, what do we think of those who make no effort to rescue the woman? Don’t we recognize that there is moral responsibility toward saving a life, even if it involves an inconvenience or risk we did not ask for or want? Scott Klusendorf writes, “We may not have the obligation to sustain strangers who are unnaturally plugged into us, but we do have a duty to sustain our own offspring.” [7]

For the woman carrying a child, isn’t it a significant consideration that her own mother made the same sacrifice for her? Can we forget that every one of us was once that “leech,” that “parasite,” that “violinist” dependent on our mothers in order to live? Aren’t you glad your mother looked at pregnancy—and looked at you—differently than portrayed by this prochoice analogy?

A Symptom of a Broken Society

This argument for abortion is based in utilitarianism, the idea that whatever brings a person momentary happiness or relief is the right course of action. This is a shaky foundation for any society that hopes to be moral and just in its treatment of the weak and needy.

As Michael Spielman, the founder and director of Abort73, says, “The absolute dependence of unborn children has become the rationale, not for their protection, but for their destruction! The fact that so many mothers think of their child as a parasite is a scary indictment of our society.” [8]  (On the issue of an unborn child’s dependency, don’t miss this recent post with a great video answer from Kirsten Watson, wife of Ben Watson, a highly respected veteran tight end in the NFL.)

Photo by Edward Cisneros on Unsplash

[3] Jia Tolentino, “The Messiness of Reproduction and the Dishonesty of Anti-Abortion Propaganda,” The New Yorker, https://www.newyorker.com/culture/cultural-comment/the-messiness-of-reproduction-and-the-dishonesty-of-anti-abortion-propaganda. 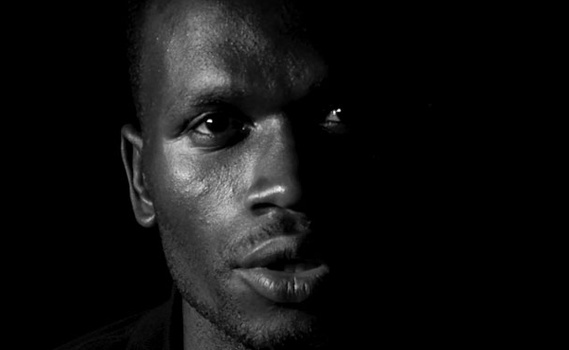 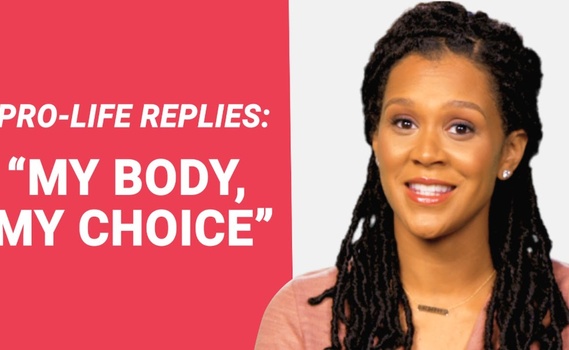 Kirsten Watson Responds to the Question, “Does an Unborn Child’s Dependence on a Woman’s Body Make Abortion Permissible?"

video May 29, 2019
Ben Watson and his wife Kirsten are committed followers of Jesus. Nanci and I deeply appreciate both of them. Listen to what Kirsten has to say, as she speaks up for those who cannot speak for themselves (Proverbs 31:8-9).
Invest in Eternity