Should Christians Ever Participate in Violence? 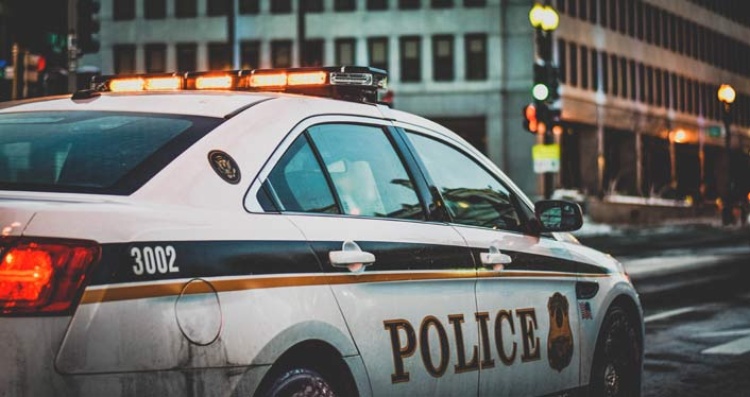 My son-in-law Dan Franklin, married to my daughter Karina, is the teaching pastor and an elder at a wonderful church, Life Bible Fellowship in Upland, California. He shares some great video blogs on their site, and the following was one I thought was really excellent. Those who have ever wondered whether the Bible permits Christians to be involved in the military or the police will find some helpful principles to think through here. Dan wrote the text below to correspond to his video. Good food for thought! —Randy Alcorn

Violence is a major subject in current American culture. As we reflect back on mass shootings, the topics of guns and violence fill our minds and our conversations. Part of this discussion comes to the role of Christians in society.

Specifically, I want to ask (and answer) the question, “Is it permissible for Christians to ever participate in violence?” Is it immoral for Christians to be involved in owning guns, serving in the military, working as police officers, or committing violence in defense of self or others? I want to answer this question through three core statements.

Scripture is filled with examples of just violence.

Many of us think of the Ten Commandments and the command not to kill (better translated “murder”). In isolation, this command would seem to say that Christians should never be involved in killing or violence. However, it is impossible to read the Old Testament and conclude that the command means that godly people can never participate in violence.

The Old Testament is filled with stories of people acting violently and being commended. This is not to say that all violence is commended (certainly not!), but that there are many times when a person who participated in violence is seen as having acted justly. This is true of Abraham when he rescued Lot (Genesis 14). This is true of David when he killed Goliath (1 Samuel 17).

This is true of Joshua when we carried out the death penalty on Achan (Joshua 7). And this is true many times when Israel participated in wars. Clearly, Scripture presents the idea that a call to godliness is not a call never to participate in violence.

But are things different now that Jesus has come? Are these simply Old Testament examples that we have outgrown? I don’t think so. While there are definitely differences between the Old Testament and the New Testament regarding how God’s people are called to live, these differences are mostly because of two realities: (1) Jesus fulfilled certain practices (food laws, sacrifices, the priesthood) and (2) God’s people are no longer an identifiable nation with borders and a military.

Therefore, there could still be godly people participating in the military and as police officers, because Jesus and the New Testament authors teach that we live in legitimate governments that can be supported (John 19:11, Romans 13:1, 1 Peter 2:13).

Non-violence is not the same as non-retaliation.

While Christians are called not to retaliate physically, verbally, or in any other way, this does not exclude violence. The reason for this is that a police officer is not enacting revenge when he tackles a violent suspect. A member of the military is not retaliating when he shoots an enemy combatant. They are instead acting in line with the state.

This is not to say that the government will always be just. Christians must be willing to disobey authority if we are commanded to do evil. That said, governments certainly have the potential to be just and the authors of Scripture present them as legitimate. Keeping law and order, participating in the military, and acting in self-defense do not fall into the realm of retaliatory actions. They can be just ways of participating in violence, even though violence is always a tragic path.

Peter speaks of the Christian calling to do good in society (1 Peter 2:11-12). Sometimes the good thing to do in a horrible situation is to participate in violence in order to prevent a worse and more unjust situation. Christians are not called to keep their hands clean while others do their dirty work. We are called to do good, even when it might involve sad acts of violence because of the evil choices of other people.

Clearly, this article is not exhaustive. Feel free to give feedback or raise questions. Christians are not called to delight in evil or violence or weapons. We grieve the fact that we live in such a broken world. We live in a world that desperately needs Jesus. We live as people willing to choose blessing over retaliation. And we also live as people who are willing to call some violent actions “good” if they are courageous actions that protect others from further violence and injustice.

Photo by Matt Popovich on Unsplash 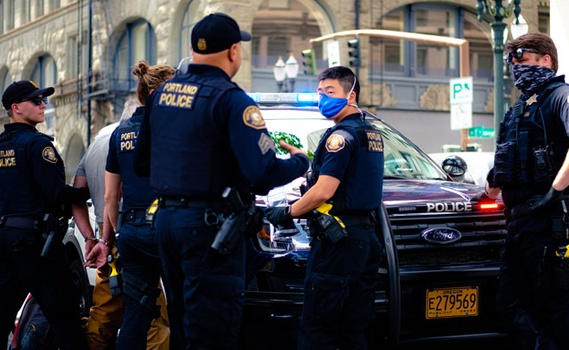 Good Police Officers Speak Out; Can We Afford to Lose Them?

article September 2, 2020
If you’ve seen the news, you know about the nightly riots and looting and protests against the police in downtown Portland, thirty minutes away from our home. There has been a heavy toll on the officers and their families, and the lack of police presence and resources in other areas has also affected people in the city.

article June 6, 2016
A reader recently asked me a thoughtful question about something I posted on Facebook that used the term “racial profiling.” As a police officer, he was wondering what I meant by that, and whether I was referring specifically to profiling by law enforcement.
Invest in Eternity