Will There Be Rodents and Insects in Heaven? 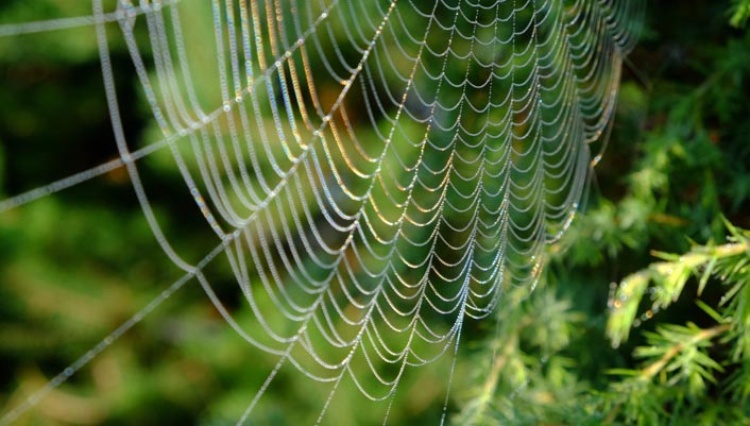 Over the years, I’ve been asked by readers about whether God’s future restoration of creation means that “undesirable” and “unpleasant” animals like rodents (such as rats) and insects (such as mosquitoes or spiders) will be present in Heaven. As one reader candidly wrote, “That sure wouldn’t be Heaven for me!”

But asking how rats and spiders and insects could possibly be on the New Earth is like asking how they possibly could have been in Eden. The point is, they were, and it didn’t diminish Eden, but somehow enhanced it. We’ve never seen rodents and insects as they once were, and as they yet will be. (I’ve met some pretty unpleasant people, and I’ve been one myself from time to time, but that doesn’t mean people won’t inhabit the New Earth—just that they’ll need to be changed.)

“The leopard will lie down with the goat, the calf and the lion and the yearling together; and a little child will lead them. The cow will feed with the bear, their young will lie down together, and the lion will eat straw like the ox. The infant will play near the hole of the cobra, and the young child put his hand into the viper’s nest. They will neither harm nor destroy on all my holy mountain, for the earth will be full of the knowledge of the Lord as the waters cover the sea.” (Isaiah 11:6-9)

Mosquitoes on the New Earth? Why not? If lions will no longer be carnivores, which we are told in Isaiah 11 and 65, does this imply that they weren’t originally carnivores? If so, why couldn’t mosquitoes have lived off vegetation rather than living beings, and/or why couldn’t they do so again on the New Earth? We should not mistake all animals’ current behaviors with their original design—think how misleading that would be if we did it with humans.

Some think otherwise, but I believe when Scripture says that death came through Adam, it means that God’s creatures didn’t die before people sinned—animal suffering came on the coattails of humanity’s fall. (Note Paul’s argument in Romans 8.) Prior to that they didn’t hurt and devour and eat one another. There may have been “death” of vegetation, as it could have been part of God’s design for the eco-system, but I think suffering and death of living beings, animals included, wasn’t. (Again, I know some think otherwise.) We tend to be uniformitarian in our assumptions, looking at the world as it is now and then projecting backward and looking forward and failing to see how radically different it once was and one day will be.

We often project our current revulsion to certain creatures (e.g. big hairy spiders give me the major creeps) on our eternal state—but this ignores two critical things: they will be changed and we will be changed. They won’t be worthy of revulsion, and we won’t be gripped by revulsion.

It’s the same way people respond to verses demonstrating there will be culture on the New Earth. When I go to a number of texts, then follow by saying there’s every reason to believe there will be art, crafts, science, research, technology, sports, etc., invariably someone says, “But there can’t be sports, because competition is sinful.” Is it? Really? Would there have been no sports without the Fall? Do we enjoy sports because we’re sinners or because we’re human, and that’s how God has designed us? Did humans invent playfulness, or did God invent it and build it into us and into animals like otters and dogs?

To argue against sports on the New Earth because some people are angry, hostile, arrogant, and insecure when they’re involved in sports now, as they live under sin and curse, is like arguing against art in Heaven because some art is lewd, or against music because some songs have immoral lyrics. The whole point is this: sin will be absent and the curse will be lifted—including the curse on people, animals, the eco-system, and culture.

We have never known a world without sin (and therefore we view even the coming new world with sin-tainted glasses). We have never tasted with untainted taste buds a single bite of untainted fruit. When we do, we’ll be startled at how good it tastes! When we behold for the first time an animal kingdom untainted by the curse, we’ll drop our jaws at what we see. Think flowers are beautiful now? Wait until we see flowers untouched by the curse, with eyesight undiminished by the curse.

If we were to see Adam and Eve as they were in the garden, we’d be stunned at how much humanity has deteriorated under the weight of sin and curse. When we see each other in the resurrection, we’ll be seeing untainted uncursed human beings as God intended them for the first time. No wonder we’re told, “The righteous will shine like the sun in the kingdom of their Father” (Matthew 13:43). “Those who have insight will shine brightly like the brightness of the expanse of heaven, and those who lead the many to righteousness, like the stars forever and ever” (Daniel 12:3). How dull and lifeless we dying sin-struck people are—how bright and magnificent we untarnished image-bearers will one day be!

We’ve never known anything but the curse, and therefore we’ve only seen glimmers and glimpses of what God first created. We are nostalgic for Eden and we long for the New Earth, but we live now in this brief unnatural state of sin and curse. No wonder we find it difficult to look backward to Eden and forward to the New Earth without imposing our curse-tainted perspective and expectations.

May God free us to see the world as He originally made it, by His design, and help us grasp how He will remake the world as the climax of Christ’s redemptive work, to His eternal glory. We can hardly begin to imagine the ways that people and animals and natural wonders and art and science and planets and galaxies will be transformed...but it’s sure fun (and healthy) to try!

Photo by Olha Sumnikova on Unsplash