Who Are You Roped to for the Climb of Life? 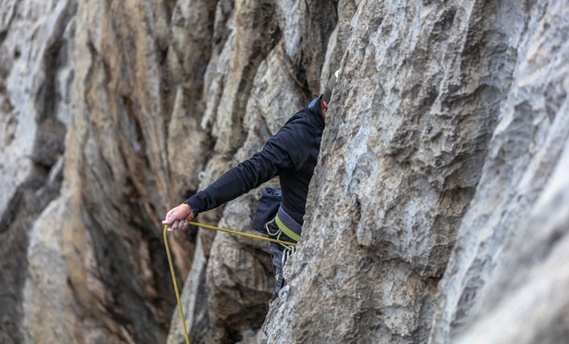 This is Sir Edmund Hillary of New Zealand and Tenzing Norgay of Nepal, the first two men to climb to the peak of Mount Everest.

Tenzing Norgay, in his autobiography titled Tiger of the Snows, writes about the experience of climbing Kang Peak in the Himalayas with a man named George Frey, on a 1952 Swiss expedition: 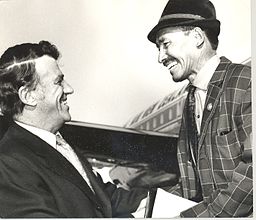 At first the going was easy enough, following a long snow slope into which we could kick good steps, and not so steep that we needed a rope between us. But after a while the angle grew a bit sharper, and the snow harder, and I stopped and put on my steel-spiked crampons, so as to have a steadier footing.

“Aren’t you going to put yours on?” I called up to Frey, who was in the lead. “No, I don’t need them,” he answered. And we continued climbing. Once again there is the question of whether I should have done otherwise—such as arguing or urging more strongly. But Frey, as I have said, was an excellent climber. He had had much experience in the Alps, had certainly been in much more difficult places than where we were now, and seemed to be having no trouble.

We continued smoothly and easily—he first, myself second, Ang Dawa third—still unroped and with perhaps fifteen feet between us; and looking around, I judged that we were at 17,000 feet, with only another 2,000 to go to the top of Kang Peak.

Then Frey slipped. Just how or why, I could not tell. But one moment he was climbing steadily above me and in the next he was plunging down. At first it looked as if he were going to fall right on top of me and carry me along with him, but actually he was a little to one side, and as he came by I dug in and lunged and tried to hold him. It was hopeless, though; there was too much weight and momentum. His body struck my outstretched hand, there was a quick, sharp pain in one finger, and then he was past me—past Ang Dawa, below me—falling and tumbling down the mountainside until he came to rest on a flat place about a thousand feet below.

This story is told by Ken Gire in his remarkable book which I read and highly recommend: The North Face of God. Based on the above, Gire goes on to say this:

We dare not live under the deadly illusion of independence and self-sufficiency. We should put on our steel-spiked crampons to ensure the best footing, and listen when our traveling companions advise us to do so.

That was Ken Gire, this is Randy again (not Tenzing Norgay either; I'm trying to confuse you by having three voices in this blog). In my climb, I look to my Lord Jesus to empower me. But I also need others He has given me. I am roped to my wife and to my daughters, sons-in-law, and my grandsons, with whom I share Scripture verses. I’m also roped to a number of friends and co-workers with the same commitment to following Christ, as well as to some close brothers in my church. These brothers would die for me and know I would die for them. But we won't let each other die alone.

For the upward and sometimes exhausting and hazardous climb of the life you’re living (especially during this difficult season of COVID), are you wearing your steel-spiked crampons? And are you roped to someone you trust to help pull you up closer to Jesus? Who? We may not be able to be face-to-face right now, but we need each other’s encouragement and accountability more than ever.

Who is climbing beside you and above you and below you, who will stand with you on the summit one day, so together you can behold the face of God?

Let us hold unswervingly to the hope we profess, for he who promised is faithful. And let us consider how we may spur one another on toward love and good deeds. Let us not give up meeting together, as some are in the habit of doing, but let us encourage one another—and all the more as you see the Day approaching. (Hebrews 10:23-25)