Being Black in a White Culture 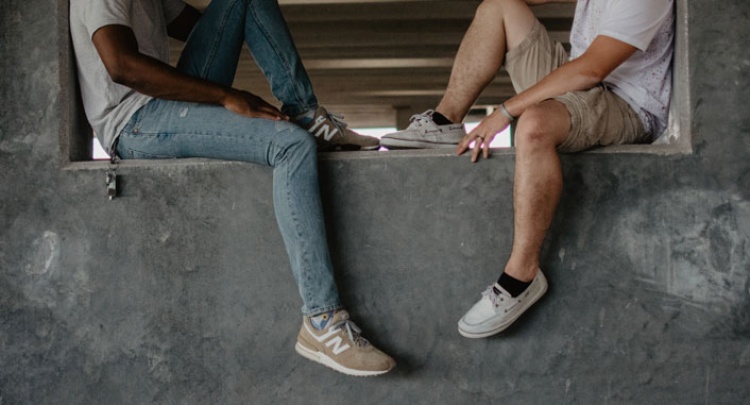 In this excerpt from my novel Dominion, the main character Clarence reflects about life as a black man in America. I should mention up front that this dialogue uses the N word, for a specific purpose, which you’ll hopefully understand as you read. When people are actually talking in a novel, calling it “the N-word” doesn’t work, as it loses its force and repugnance and hence in the attempt to speak delicately it undercuts historical reality. (Ironically, Dominion has been banned from some Texas prisons; while racist material makes it in, an anti-racist novel such as Dominion doesn’t because it uses the N word as it was actually spoken not only by bigots or gang members, but in many black families.)

Clarence understood Jake’s world much better than Jake did his. When they crowded around their tiny black and white in the sixties, My Three Sons, Ozzie and Harriet, Donna Reed, and Leave It to Beaver allowed blacks to study the white world. All whites saw of the black world were the caricatures of Amos ’n Andy and Buckwheat and Stymie, and maybe Rochester on Jack Benny. This culture was a white man’s culture, and blacks couldn’t help but learn about white people, while whites could get by knowing almost nothing about blacks.

Just last week Clarence and Geneva had rented the movie Out of Africa. It struck both of them how Meryl Streep and Robert Redford were continuously surrounded by black Kenyans on the edges of the screen. The blacks were nothing but props, like the lions and wildebeests and trees. Clarence found himself thinking not about the white central characters, but the blacks in the supporting roles. Who were they? They were people, with families and inner lives and philosophies and theologies and joys and struggles, successes and failures. But they were portrayed as one-dimensional, like the natives surrounding Tarzan, who as one white man in the midst of a jungle full of blacks still managed to be the main character. Black Africans were no more than a backdrop for those at the center of the human drama—European and American whites.

Though he was less than ten in their heyday, Clarence remembered well the Clairol hair-coloring commercials, where they zoomed in for a close-up on a beautiful young white woman whose blonde hair rippled in the wind and captivated the viewer like a bleached version of a Greek goddess. Then a throaty voice affirmed, “Blondes have more fun.” There was no such thing as a blonde Negro. People like him were destined not to have fun.

Clarence hadn’t been around many whites in Mississippi, but he was aware that white people did have more fun for at least two reasons—the way they looked and the money they had. The only people in town with convertibles were white. The only blondes were white. The only rich people were white. Black men served the whites as hired laborers, black women as domestics, maids and cooks and house-cleaners and babysitters and such, getting up in the dark, catching two or three city buses to make it to the big houses in time to fix up breakfast. “Livin’ large,” that’s how they described the white lifestyle, and all of them wanted it. Who wouldn’t?

Clarence remembered Mama catching her buses to make it to the Haverstrom’s to care for little Billy, Joseph, and Karen. When Mrs. Haverstrom decided to throw out their old clothes, Mama retrieved them from the garbage. They were Clarence’s best clothes, white kid clothes, white kid jackets. It troubled him now that those clothes had meant so much to him.

He thought of how jealous he used to be of Billy, Joseph, and Karen when Mama showed him the picture of them with her, crowded up close to her as if she belonged to them. They had their own mother, yet all day they received the attention of his mother. Their gain was his loss. Did they ever ask to see a picture of him? He never met these kids. His mama crossed into their world every day. Not once did they cross into hers.

They probably thought she just disappeared at the end of her day, like an image in a Star Trek holodeck. When it was time again, she materialized from nowhere to serve them, a piece of scenery on the stage of their lives, a minor character in the drama of which they were stars, a drama in which coloreds, if they were lucky, only got bit parts as gardeners and maids.

Maybe if they acted white and looked white and thought white, maybe then they could have fun. Maybe that’s what he was thinking when he went to the old burn barrel out back and dumped it out and sifted through the white ashes and spread them all over his body. Clarence remembered looking in a mirror and feeling shame when he saw his black skin peeking out from behind the white.

Funny how he could forget the name of someone he met ten minutes ago, but he could never forget the flowing blonde mane of the white Clairol woman and the look and feel of the white ashes on his skin and the picture of the Haverstrom kids with Mama. His mama, not theirs.

He remembered Aunt Greta, his mother’s sister, chastising him and his cousins for their mischief in the chicken coop. “Stop showin’ your color,” she’d said. Whenever they’d go out in public in a white area she’d say, “Don’t go actin’ like niggers, now.”

He remembered how it angered him that when he got a little rowdy it was a federal offense, but it was fine for the white kids to act like niggers.

Lots of white people had called him nigger back in Mississippi and Chicago days. But not nearly as many whites as blacks. Clarence now believed the clearest sign his people had bought into the lie of black inferiority was that they called each other “nigga.” How often would they say, “Get off your black rear end,” as if black was the most demeaning adjective they could think of?

There were two Americas, the white one bright with promise and unlimited opportunity. And the black one, dark with hopelessness. Clarence had fought against the system, overcome it, succeeded as a black man in a white world. He refused to bend either to racism or to the accusations that he was sleeping with the enemy. Yet here he sat, still feeling the shame of the Haverstrom throwaways, the hair grease, the ashes, and being called “nigger” by whites and blacks alike.

When it came to being black in America, Clarence had long ago realized, shame came with the territory. So did anger. He wished he could explain all of this to Jake, he longed to explain it. But how could he? Where could he find the words? How could he risk the humiliation and rejection? Some things you can’t change. Jake was white. Could he ever understand a black man?

One voice within always said to him, “It’s so much better than the days of slavery, so much better than sharecropping and Jim Crow.” Laws had changed, opportunities had changed. Now a black person could be stopped only by the limits of his abilities and determination. That’s what he always told himself, and usually he believed it. But not today, not here, not now.

As he was often reminded at stoplights, on elevators, and in department stores, no matter what he had accomplished, no matter who he really was, to some whites and to some blacks—sometimes even to himself—he would always be just one more nigger.

Photo by Kate Kalvach on Unsplash 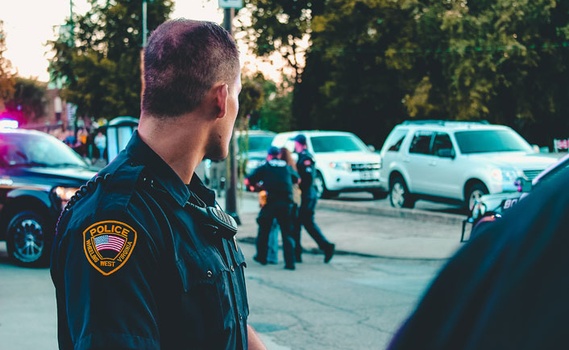 Empathy and Understanding in a Conversation Between Clarence, a Black Man, and Ollie, a White Police Officer

article July 9, 2021
The following excerpt from my novel Dominion is a fictional depiction of listening to good officers and understanding the difficulties and pressures they face. Here the main character Clarence, a black journalist, has a discussion with Detective Ollie Chandler. 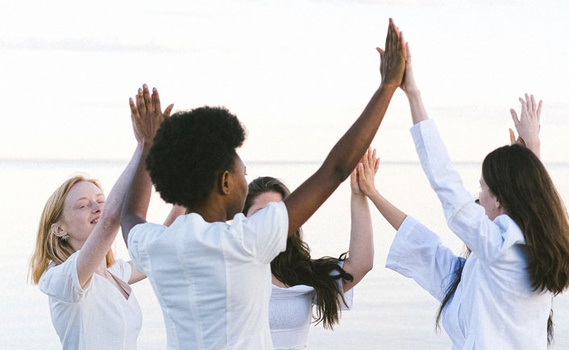 The Beauty of Different Races United by Jesus, as Seen through Heaven’s Eyes

article April 9, 2021
God is the Creator and lover of human diversity. Christ is glorified not simply by the total number who worship Him, but because this number represents every race, nation and language. This excerpt from my novel Dominion depicts the beautiful diversity of Heaven. 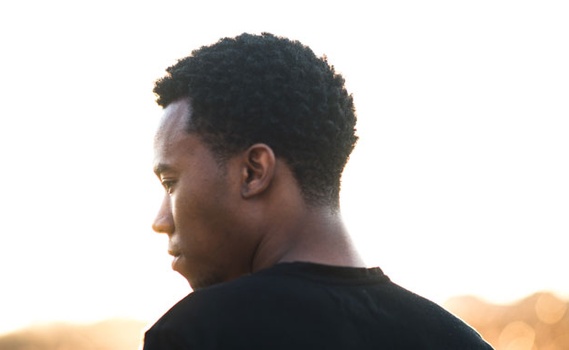 article September 21, 2020
In this excerpt from my novel Dominion, the main character Clarence Abernathy, a black journalist, shares about his experiences as a black man with his friend and coworker. What Clarence shares echoes what every black man, from poor guys to rich ones, told me when I interviewed many black Americans while researching Dominion.
Invest in Eternity