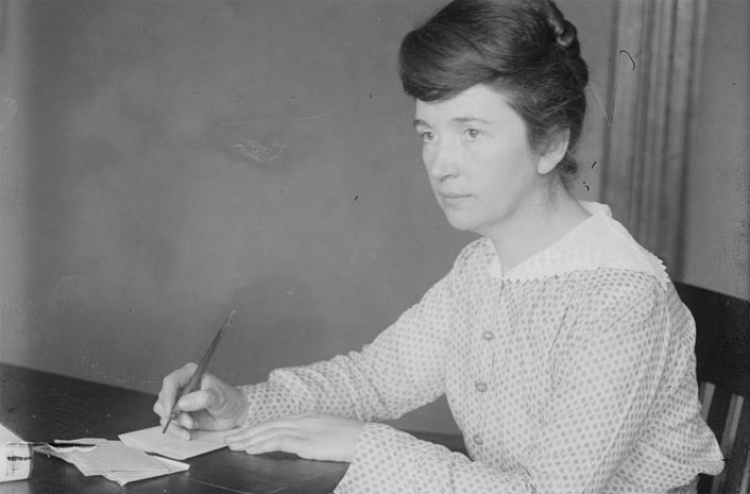 Thirty years ago I spent many hours in a Portland library reading and photocopying article after article in years of original issues of Planned Parenthood founder Margaret Sanger’s Birth Control Review. I was shocked at the blatant racism I found there, and her chilling proposal of eugenics to eliminate the “human weeds” of what she called inferior (non-white) races.

I wrote about my findings in the first edition of my book ProLife Answers to ProChoice Arguments, shared them in articles on our website and on my blog, and talked about this publicly, including in a college debate with two Planned Parenthood staffers. I brought it up again in the revision of ProLife Answers and my books Why ProLife? and Pro-Choice or Pro-Life?

At least a few people had written about her racism before I did. I didn’t know whether I could trust the quotes attributed to Sanger were authentic because they were so outlandish. But it turns out they were mostly accurate. And I found a great deal more in those original Planned Parenthood of America publications that were equally evil, and published them. But despite the proof from Sanger’s own words, I never heard a single prochoice advocate admit the truth about Sanger and why she launched Planned Parenthood in the first place. In fact, there was the usual eye-rolling, smirks, and accusations that “You anti-abortion nutjobs are just making this up.”

According to Marvin Olasky, Margaret Sanger’s “Negro Project” of the 1930s was “hailed for its work in spreading contraception among those whom eugenicists most deeply feared.” When it became evident that contraceptives were not sufficiently curtailing the black population and other target groups, the eugenicists turned to abortion as a solution to the spread of unwanted races and families.

In Margaret Sanger’s own words, to help the weaker and less privileged survive and to allow them to reproduce was to take a step backward in human evolution: “Instead of decreasing and aiming to eliminate the stocks that are most detrimental to the future of the race and the world, it tends to render them to a menacing degree dominant.”

These “stocks” were the poor and uneducated, a large portion of whom were ethnic minorities. Sanger was more interested in “aiming to eliminate” these “stocks” (i.e. people) than in helping them.

Though I have read many Planned Parenthood materials, I had never until last week, July 2020, seen any that renounced or apologized for Sanger’s blatant eugenicism, her toxic bias against the poor and the mentally and physically handicapped, and her racism, all of which characterized Planned Parenthood’s philosophy from its inception. Hence my surprise when on July 21, The New York Times posted an article with the headline “Planned Parenthood in N.Y. Disavows Margaret Sanger Over Eugenics”:

“The removal of Margaret Sanger’s name from our building is both a necessary and overdue step to reckon with our legacy and acknowledge Planned Parenthood’s contributions to historical reproductive harm within communities of color,” Karen Seltzer, the chair of the New York affiliate’s board, said in a statement.

The group is also talking to city leaders about replacing Ms. Sanger’s name on a street sign that has hung near its offices on Bleecker Street for more than two decades.

…Planned Parenthood Federation of America, the national organization, has defended Ms. Sanger in the past, citing her work with Black leaders in the 1930s and 1940s. As recently as 2016, the group issued a fact sheet saying that while it condemned some of her beliefs, she had mostly been well intentioned in trying to make birth control accessible for poor and immigrant communities.

The national organization said in the fact sheet that it disagreed with Ms. Sanger’s decision to speak to members of the Ku Klux Klan in 1926 as she tried to spread her message about birth control.

It also condemned her support for policies to sterilize people who had disabilities that could not be treated; for banning immigrants with disabilities; and for “placing so-called illiterates, paupers, unemployables, criminals, prostitutes, and dope fiends on farms and in open spaces as long as necessary for the strengthening and development of moral conduct.”

My question is, why the incredibly long wait to admit what was true all along? Surely they can’t claim ignorance. I suspect it’s because in the era of pulling down statues and taking names off signs, Planned Parenthood could no longer pull off the cover-up. Now they will have the apparent virtue of seeming humbly sorry for what they’ve done, but without actually having to change any of their strategies or practices. It’s a fact that abortion rates among minorities are dramatically higher than among whites. The Guttmacher Institute says that the abortion rate per 1,000 women aged 15-44 in America is 10% among whites, 18.1% among Hispanics, and 27.1% among blacks.

So while it is good that Planned Parenthood has, to some extent, finally admitted what has been true for nearly one hundred years and which some of us had documented in detail thirty years ago, will they now stop targeting black neighborhoods with their inner-city clinics, or will they continue to do so in the name of “serving the African-American community”? In other words, will they keep fulfilling Margaret Sanger’s eugenic racism of eliminating undesirable minority children while publicly distancing themselves from it?

Benjamin Watson is absolutely correct: “Disavowing Margaret Sanger for her eugenic racist ideology is a hollow gesture when you continue to perpetuate her legacy with your practices.”

Listen to what he has to say:

. @ppfa,
Disavowing Margaret Sanger for her eugenic racist ideology is a hollow gesture when you continue to perpetuate her legacy with your practices. Instead, preserve life while simultaneously combatting the harmful racism you denounce. But first preserve life...

Planned Parenthood has targeted black and minority communities because of Margaret Sanger‘s racism, but they now will continue their presence there in the name of serving minorities, all the while affirming that black lives matter (and they do indeed)—with the tragic exception of the black lives who are too small to protect themselves from being torn to pieces.

May God continue to raise up people like Ben Watson to intervene for unborn children, including black and Hispanic children who it appears will remain in the crosshairs of Planned Parenthood. May we affirm that all black lives matter, and all lives of every race, which are all part of the single human race who share the ancestry of the first man and woman who lived in a garden of beauty, peace, and safety. And may all of us speak up for the unborn and their mothers of every ethnicity, all created in God’s image and precious in His sight, looking forward to a New Earth that will be Eden forever magnified with complete unity of the races centered around the Lamb of God and King of Kings:

After this I looked, and there was an enormous crowd—no one could count all the people! They were from every race, tribe, nation, and language, and they stood in front of the throne and of the Lamb, dressed in white robes and holding palm branches in their hands. They called out in a loud voice: “Salvation comes from our God, who sits on the throne, and from the Lamb!” (Revelation 7:9-10, GNT)

Meanwhile, may pro-lifers everywhere also speak up for racial equality and justice. If we advocate for the right of minority children to live, that same sense of God-inspired justice should compel us to stand up for all their rights as long as they live.

Speak up for those who cannot speak for themselves,
for the rights of all who are destitute.
Speak up and judge fairly;
defend the rights of the poor and needy. 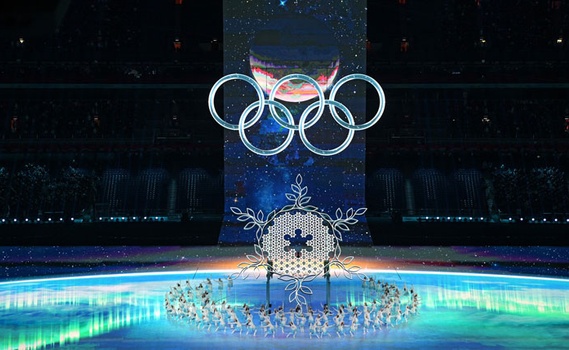 article February 7, 2022
During the 2008 Summer Olympics, I wrote about the ethical concerns with Beijing hosting the games. Just as I did then, I have mixed feelings about these Olympics. 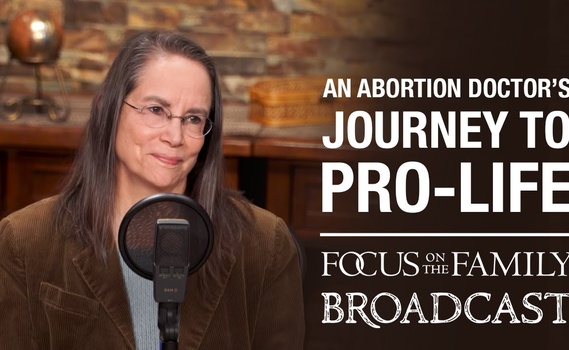 article August 25, 2021
Dr. Patti Giebink is a former abortion doctor at Planned Parenthood and the author of Unexpected Choice: An Abortion Doctor’s Journey to Pro-Life. She was recently interviewed on Focus on the Family. This was a really wonderful interview. 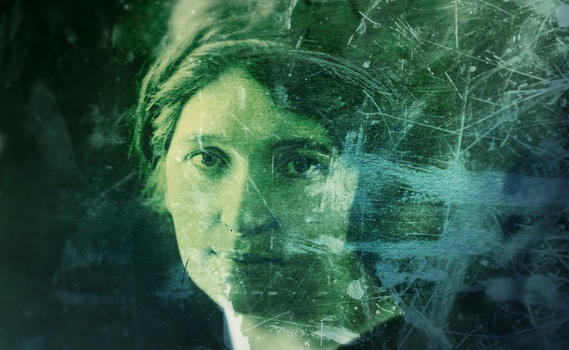 article May 12, 2021
I read with interest a recent opinion piece by Alexis McGill Johnson, Planned Parenthood’s current president and chief executive, which says, “We must reckon with Margaret Sanger’s association with white supremacist groups and eugenics.”
Invest in Eternity