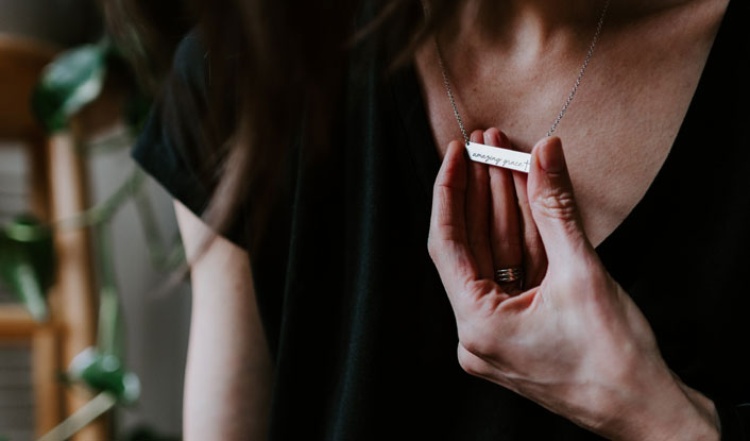 Note from Randy: The following article is excerpted from David Powlison’s excellent book Good and Angry: Redeeming Anger, Irritation, Complaining, and Bitterness. I personally benefited from his outstanding book, and highly recommend it. Here David addresses Jesus’ teaching on forgiveness, and how that works when those who’ve wronged us either can’t or won’t ask for forgiveness.

What if the other person does not ask forgiveness or even admit any wrong? The Bible addresses this in a deft way. Forgiveness comes in two forms. First, and foundationally, you forgive another person before God, whether or not that person admits or even recognizes any wrong. This is attitudinal forgiveness. Listen to how Jesus speaks of this vertical-dimension forgiving of another person:

“Whenever you stand praying, if you have anything against anyone, forgive, so that your Father also who is in heaven may forgive you your trespasses.” (Mark 11: 25)

“This, then, is how you should pray: ‘Our Father in heaven, hallowed be your name, your kingdom come, your will be done, on earth as it is in heaven. Give us today our daily bread. And forgive us our debts, as we also have forgiven our debtors. And lead us not into temptation, but deliver us from the evil one.’ For if you forgive other people when they sin against you, your heavenly Father will also forgive you. But if you do not forgive others their sins, your Father will not forgive your sins.” (Matthew 6:9-15)

In both cases, you are talking with God, not the person who wronged you. That person is not part of this conversation. You stand alone before God your Father dealing with your own attitudes. In the Mark 11 passage, Jesus says to deal with whatever you have against anyone else. He doesn’t even tell you to try to sort out what really happened, and whether it was a real wrong or only a subjective feeling of offense. Conflicts can be impenetrably complex. Did you actually do something against me? Or did I misunderstand what you were doing? Or was I just being hypersensitive? Often it’s hard to know what really happened because so much was happening in both parties. Trying to figure out the definitive explanation leads to more disagreement and outrage. Instead, Jesus simply says that if you have anything against anyone, forgive.

In the Matthew 6 passage, Jesus emphasizes dealing with real wrongs: “our debtors” are people who owe us. The mercy of God, our Father in heaven, (remember Psalm 103’s fatherly compassion) is front and center in helping us. This vertical aspect of forgiveness deals with our attitudes. Its purpose is to change you, not to deal with the other person. It prepares you, so you will go to the other person already willing to be merciful. You are no longer holding the grudge, building up bitterness, on the defensive, on the offensive.

The second aspect of forgiveness is transacted forgiveness. Again, listen to how Jesus describes it: “If your brother or sister sins against you, rebuke them; and if they repent, forgive them. Even if they sin against you seven times in a day and seven times come back to you saying ‘I repent,’ you must forgive them.” (Luke 17:3-4)

“If your brother or sister sins, go and point out their fault, just between the two of you. If they listen to you, you have won them over … Then Peter came to Jesus and asked, “Lord, how many times shall I forgive my brother or sister who sins against me? Up to seven times?” Jesus answered, “I tell you, not seven times, but seventy-seven times.” (Matthew 18:15, 21-22)

This combination of attitudinal and transacted forgiveness helps make sense of many common and extremely tangled situations. Here are three. First, what if the other person won’t hear you out? He or she gets defensive and self-righteous, counterattacking when you were seeking to be constructive. Again, we are driven back to our Father to forgive attitudinally. This vertical dimension of forgiveness must always happen, and it keeps your attitude in check. The horizontal dimension is a more uncertain and hazardous road, a goal to pursue, not a certainty. It takes two to reconcile, just like it takes two to make a war. But one can forgive, even when the other is still at war. It is called loving your enemy.

Second, what if the person who hurt you is off the scene — perhaps dead, perhaps long vanished out of your life, perhaps too hostile or even dangerous to approach? The attitudinal forgiveness means you can always deal with the things that poison your own heart. Transacted forgiveness and actual reconciliation are desirable fruits, but not always attainable. But, by God’s mercy, we can always establish our hearts in mercy. We are not left in limbo when there is no possibility of a reconciling interaction.

Third, seeing that our forgiveness of others has two interconnected parts helps us navigate the opposite messages that one often hears in Christian circles. Some in the church teach, “If you forgive from the heart, then you don’t need to go to the person.” Others teach, “Unless the other person asks for forgiveness, you don’t need to forgive.” Each focuses on a half truth — and draws a false conclusion. When you put together both halves of what Jesus did and taught on forgiveness, you get a coherent truth.

Forgiveness is a conscious choice formed through knowing God’s mercy to you. It clearly recognizes that what happened was wrong. It makes no excuses for what happened. And then it lets it go.

This excerpt from Good and Angry is used with the permission of the publisher. 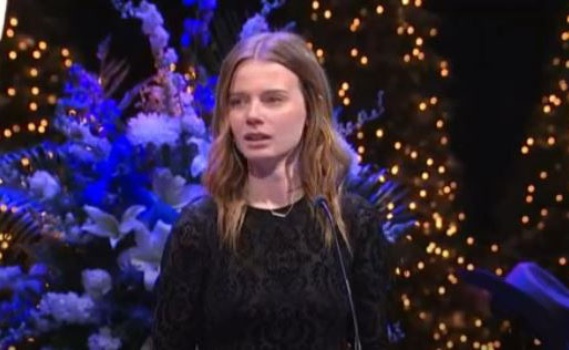 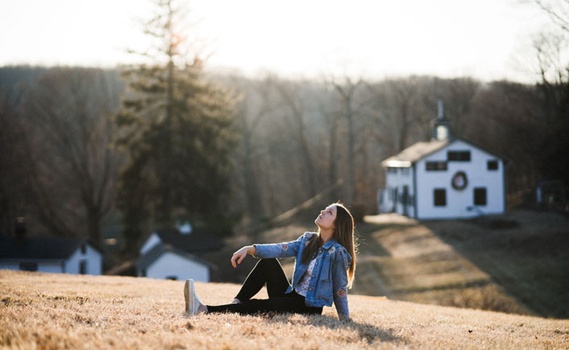 article June 22, 2020
I’ve received messages over the years from believers who say something along the lines of this: “I struggle with forgiving myself for a past sin. I’ve asked Christ’s forgiveness for it many times but can’t seem to resolve my feelings of guilt and accept God’s forgiveness.”

video January 24, 2020
One of the best-known photographs from the Vietnam War is a Pulitzer Prize–winning picture of a young burn victim running in terror. After months of hospitalization and multiple surgeries, nine-year-old Phan Thi Kim Phuc returned to her family. What doctors couldn’t heal, Kim Phuc says, was her heart: “The anger inside me was like a hatred high as a mountain.”
Free Standard Shipping