My Favorite One-Star Reviews of My Book Heaven 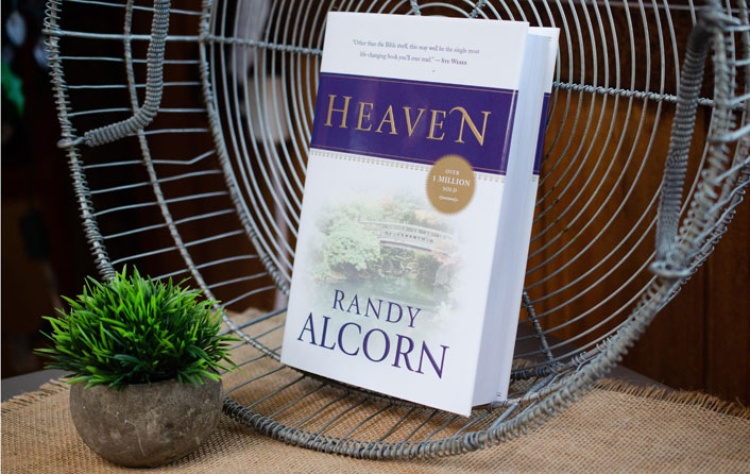 I asked one of our EPM staff members to look through the one-star reviews on Amazon for my book Heaven and compile them for me. There are about 4,000 ratings and over 2,500 reviews of the book. Of the reviews, fortunately only 66 are one star (there are 1,760 five-star reviews, so I’m grateful!).

People are entitled to not like any book, of course, and I always welcome criticism of my books, and while they’re not fun, I usually manage not to take bad reviews personally. But in some cases, the reasons for giving Heaven the lowest possible rating were entertaining, and other times enlightening. (My writer friends talk about this a lot—and we often laugh about it, though for some it is admittedly frustrating, since reviewers tend to get the last word even when they misunderstand and misrepresent what an author actually said.)

So here is something I’ve never done—respond to reviews of my books. I hope it doesn’t sound defensive, or like I’m fishing for positive feedback. I get plenty of that, so don’t feel sorry for me! Please allow me this indulgence, and also understand that I am speaking on behalf of other authors who frequently see their books misrepresented in reviews. Let me also assure you that I am writing with a smile and a sense of humor, not a frown and a sense of feeling hurt.

Loved the book so they gave it one star, thinking that’s the highest rating (it’s actually the lowest):

You should hear writers talk about this one: “People don’t want to buy a book with bad ratings, obviously. But some of my reviewers who sincerely love the book give it the lowest possible rating without understanding what they’re doing! Most people don’t read the reviews, they judge by the ratings. So some people will not read my book because those who love it accidently give it a terrible rating! They think, what could be better than #1, so I’ll give this book I love a one-star review!”

Had an issue with the seller, so gave it one star:

This is something writers talk about privately, often with laughter but sometimes with angst. “Because Amazon, God bless them, sends the wrong book, delays shipping two-weeks, or delivers it to the wrong house or in a rain-damaged package, they give my book a terrible rating. Could someone please explain that a book review or rating is ABOUT THE CONTENTS OF THE ACTUAL BOOK, not about the bookseller, the delivery process, whether the jacket is torn, or the snowstorm that delays delivery, or the delivery person who leaves it on the wrong doorstep.”

I should add that I often order through Amazon and while there is an occasional delivery problem, for the most part I find them remarkably efficient and dependable. I’m grateful for that, because if they weren’t my books would get a lot more bad reviews!

Thought the book was too religious:

I must quote here a comment by Stephanie Anderson, my wonderful editor and EPM staff member. She didn’t intend for me to quote her, but I’m going to overrule her if she tries to edit it out: “This review is hands down my favorite. Heaven is depressing and you’re responsible for therapy!????”

Can you imagine a book about Heaven that is not religious? Seriously, we’re talking about the afterlife! Living forever with God and God’s people in a place that’s better by far than the only place we’ve ever known? Doesn’t this intrinsically imply the supernatural, i.e. the religious? While books are not born again, people are. Jesus said, “I tell you the truth, unless you are born again, you cannot see the Kingdom of God” (John 3:3, NLT). Heaven is in fact for anyone and everyone who recognizes Jesus and believes in Him and submits their life to Him, the Jesus who said, “I am the way, the truth and the life, no one comes to the Father but by me” (John 14:6).

Commented and gave it one star, but apparently haven’t read the book:

This is another thing that writers comment on: that some reviewers take off on the comments of other reviewers, and judge the book by what the others say, not what the author said. Now the other reviewers’ criticisms certainly may be valid, but it would be great if each reviewer expressed their own opinion without leaning on what others say (especially when you haven’t read the book). You see this often when reviewers comment on other reviewers and reinforce their opinions even when they don’t deal with what the author actually said. I suppose it’s cheaper and faster to echo the comments of others than to actually buy and read the book.

Disagree with some aspects of my doctrine, so gave the book one star:

And finally, my personal favorite (and that of EPM’s Anna Wright, who compiled these gems, thanks Anna!). They gave it one star because I quote Lewis and Tolkien, the book mentions aliens, and I’m a fan of some sci-fi:

First, the reviewer is wrong in saying C. S. Lewis was a Catholic. He was Anglican, which means he was a Protestant. J. R. R. Tolkien was a Catholic, whose belief in Christ was a significant influence in Lewis becoming a Christian. There were some tensions between Tolkien and Lewis because Tolkien wanted him to become a Catholic.

Second, the Narnia books are emphatically not about the occult.

Third, though there is no biblical evidence that God has created beings on other planets, or that He ever will, there is likewise no clear statement to the contrary. I am not arguing that God will create other beings besides humans, animals, and angels to inhabit the future universe. I am only saying the infinitely creative God can do whatever He wishes, and is free to do so regardless of our opinions.

When people read reviews, they typically assume that the reviewer is accurately representing what the author actually says. (For instance, you might get the impression that I endorsed or even mentioned Gene Roddenberry, which I did not, though I have enjoyed some Star Trek.)

Here’s what I actually say in my condensed (with a long title) book Everything You Always Wanted to know About Heaven:

No Scripture passage proves that God will or will not create new races of intelligent beings, either on Earth or on other planets spread across the new universe. It’s not speculative, however, to say there will be a new celestial universe of stars and planets. Scripture is clear on this point; that’s what “new heavens” means. Whether God might inhabit them with new creatures is not provable but certainly possible.

Some people say, “To imagine that God would populate worlds with new beings is just science fiction.” We may have it backward. Science fiction is the result of mankind’s God-given sense of adventure, wonder, creativity, and imagination. It emerges from being made in God’s image. It’s not our sinfulness that arouses that excitement. It’s our God-given hunger for adventure, for new realms and new beings, for new beauties and new knowledge.

God has given us a longing for new worlds. Considering that his higher glory and praise come not from inanimate objects such as stars and planets but from intelligent beings such as people and angels, it’s no great stretch to suppose he might create other intelligent beings. It’s up to him, not us. But won’t it be fun to find out? 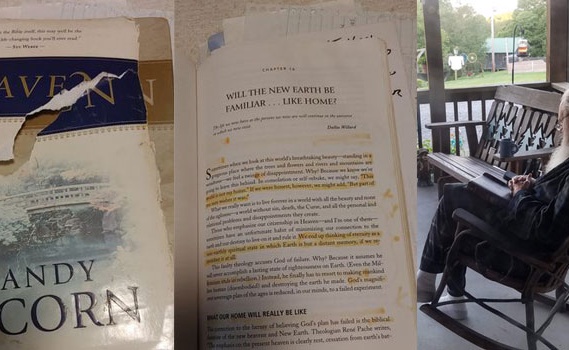 Her Dad Gave Away Many Heaven Books, and His Own Well-Loved Copy Was Falling Apart

article April 6, 2022
A reader, Tammy, sent me this touching message about her dad, and the pictures. 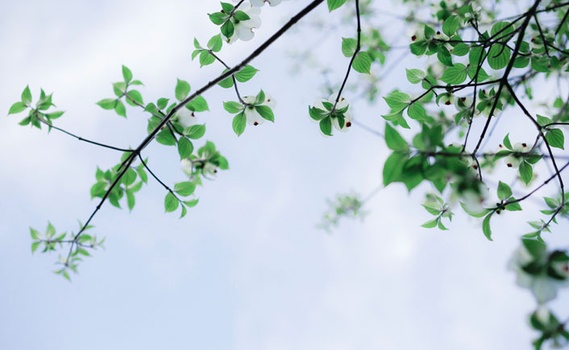 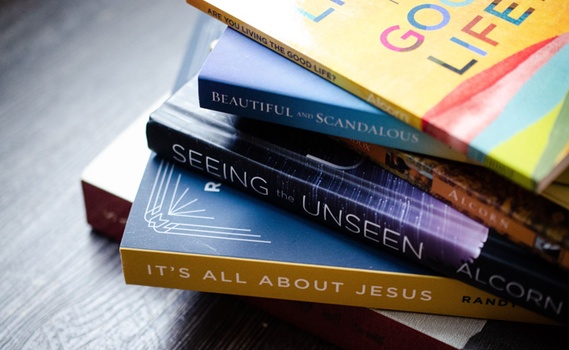 article July 31, 2017
Most writers won’t sell a lot of books. But I encourage those Christian authors who do sell a large number to give away most or all of the royalties to God’s kingdom, and to recognize they belong to Him.
Invest in Eternity