Why “Happy New Year” Wishes Can Be Realistic or Unrealistic 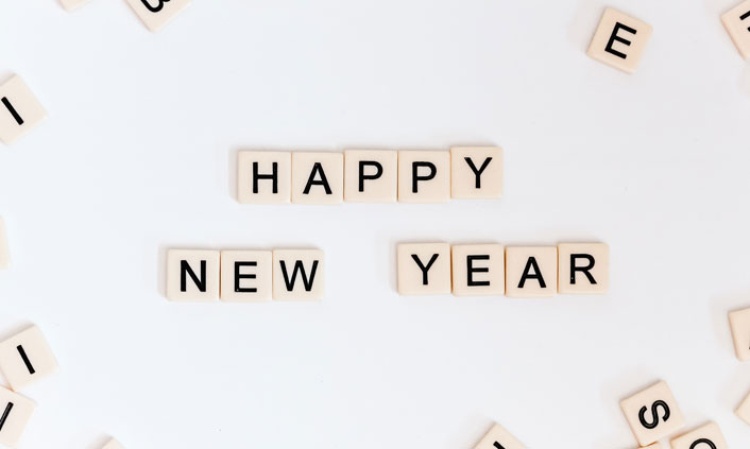 I’ve been reflecting on leaving the year 2020 and entering a 2021 where there is a lot of hope (and I’m glad for that!) but no guarantee that many of our challenging circumstances will improve. I’ve seen much enthusiasm about getting past 2020, but I’m afraid not all of it is realistic.

We cannot base our hope in the fact that the calendar year has been moved by one digit. The COVID vaccination will not be a cure-all. The financial losses and failed businesses that began in 2020 will inevitably continue at least to a degree here in America, and certainly around the developing world, which doesn’t have the reserves we do. Even in prosperous nations, in 2021 as in all other years, individuals will still experience unanticipated disease, death, divorce, unemployment, and losses of every sort. That is not pessimism; that is simply realism in a fallen world stuck for now in that tough (though temporary) period between Eden and the New Earth.

So if by “Happy New Year!” we mean that all our problems are about to end with 2020, we’re being unrealistic. But if by “Happy New Year!” we mean that we can choose to be centered on Jesus and happy in Him no matter what this new year brings, that is not blind optimism; it is biblical realism. “Though the fig tree does not bud and there is no fruit on the vines, though the olive crop fails and the fields produce no food, though the flocks disappear from the pen and there are no herds in the stalls, yet I will celebrate in the Lord; I will rejoice in the God of my salvation!” (Habakkuk 3:17-18, CSB).

True, reality-based optimism is centered on who God is and what His promises are. (And when it comes to eternity, Christians have every reason for optimism—we know how the story will end, or rather how it will culminate in a happiness that never ends!)

Here’s what I say in my book Happiness related to hope, optimism, and adjusting our expectations:

We simultaneously expect too much and too little. We need to discover what we should expect less of and what merits higher expectations.

Positive people experience adversity, just as negative people do. Their expectations don’t control circumstances, but they do give perspective. Optimists see more goodness and find redemptive elements even in the bad times. Scripture says, “The hopes of the godly result in happiness, but the expectations of the wicked come to nothing” (Proverbs 10:28, NLT). Likewise, Proverbs 11:23 states, “The desire of the righteous ends only in good; the expectation of the wicked in wrath.”

The novel Pollyanna portrays a cheerful orphan girl whose minister father died. Pollyanna played “the glad game,” finding something to be glad about no matter how difficult her circumstances.

Today the story is often mischaracterized—people are derisively called “Pollyannas” if they seem foolishly optimistic. But Pollyanna’s optimism was learned from her father, who fought discouragement by counting the more than eight hundred “rejoicing texts” in the Bible. She states, “[Father] said if God took the trouble to tell us eight hundred times to be glad and rejoice, He must want us to do it.”

Pollyanna’s happiness didn’t involve denying reality but affirming realities invisible to pessimists. Hers was a childlike trust in God that modern cynics should learn from, not mock.

Disneyland claims to be the happiest place on Earth, but research indicates otherwise. According to Morley Safer on 60 Minutes, the happiest nation on Earth proves to be Denmark. The United States, despite its greater wealth, ranks twenty-third, and the United Kingdom, forty-first. Denmark’s remarkable secret to topping the happiness chart? Low expectations. The interviews on 60 Minutes demonstrate that Danes have more modest dreams than Americans and they’re less distressed when their hopes don’t materialize.

The general view of life in Denmark is compatible with the doctrine of the Fall: instead of being surprised when life doesn’t go their way, Danes are grateful that things aren’t worse, and they’re happily surprised by health and success. If they have food, clothing, shelter, friends, and family, life seems good.

There’s a biblical basis for both realistic and positive expectations. We certainly live in a world with suffering and death. But as believers, we understand that God is with us and won’t forsake us, and that one day we’ll live on a redeemed Earth far happier than Denmark or Disneyland on their best days!

When you expect less of a fallen world, you can be content with less—and happy when more than expected comes to you.

I have two good friends: one a pessimist, the other an optimist. Sometimes the optimist fares better because he sees the positives he expects. But he can also be emotionally devastated when life takes bad turns he never anticipated.

When things go sideways, my pessimist friend is neither surprised nor distraught; he expected nothing more. Yet because of his mindset, he sometimes fails to see the magnificent, happy-making things God does every day.

The happy middle ground of biblical realism falls somewhere in between, allowing us to honestly face life’s difficulties while trusting God’s sovereignty and joyfully anticipating what lies ahead of us.

Our degree of happiness in life largely depends on:

If you think of this world as a place intended simply for our happiness, you find it quite intolerable: think of it as a place of training and correction and it’s not so bad.

Imagine a set of people all living in the same building. Half of them think it is a hotel, the other half think it is a prison. Those who think it a hotel might regard it as quite intolerable, and those who thought it was a prison might decide that it was really surprisingly comfortable. So that what seems the ugly doctrine is one that comforts and strengthens you in the end. The people who try to hold an optimistic view of this world would become pessimists: the people who hold a pretty stern view of it become optimistic.

Photo by Sincerely Media on Unsplash 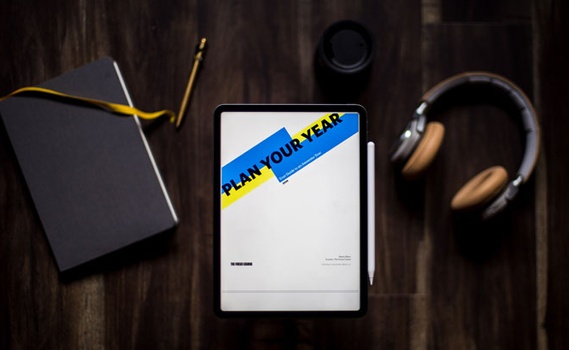 article January 1, 2020
Everyone has priorities. In moments of perspective, some of us realize we haven’t been living by the right ones, and need to change our priorities. Others of us have long known the right priorities and need to rediscover them. 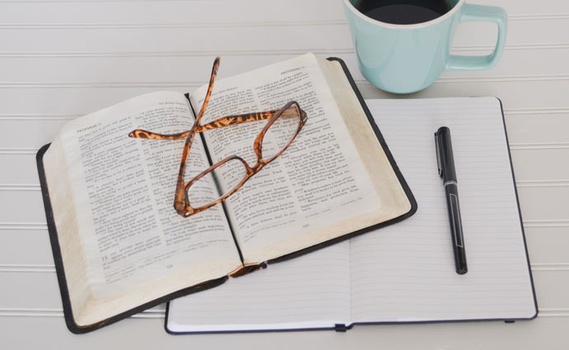 A New Year’s Resolution from Philippians 3: “I Want to Know Christ”

video December 30, 2011
There isn’t a better New Year’s resolution than what starts in the words of the Apostle Paul in Philippians 3:7-8.
Invest in Eternity