Depression Can Keep Us Desperate for God’s Strength and Grace 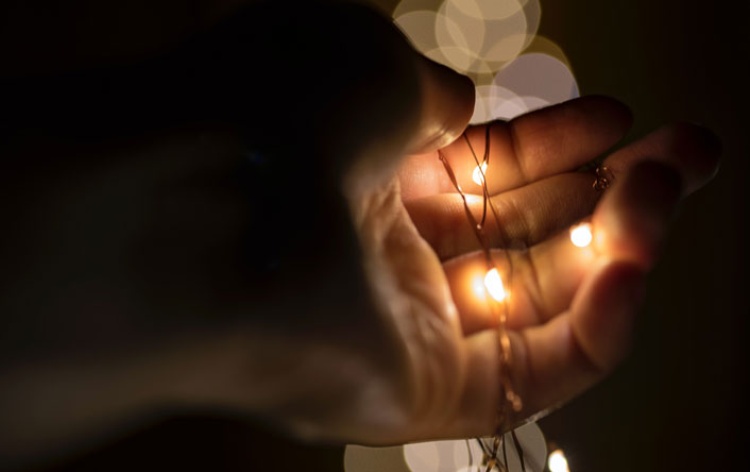 Note from Randy: Every few years or so, I go through a season of depression. Though I’ve never been tempted to take my life, many godly people have been. I briefly addressed both depression and the temptation to commit suicide when interviewed at my church about happiness in Christ.

God has used those times of depression in my life, teaching me to trust Him, and giving me some intimate times with Him. I’ve been experiencing depression the last several months, and it’s been a bit heavier recently. But Jesus is with me, and Nanci and Gracie cheer me up, and hopefully I’m encouraging Nanci too as she undergoes six months of chemotherapy. (Gracie doesn’t need our help dealing with depression. She doesn’t know what it is—she’s just wired for nonstop happiness and is one of God’s gracious ways of delivering it to us.) 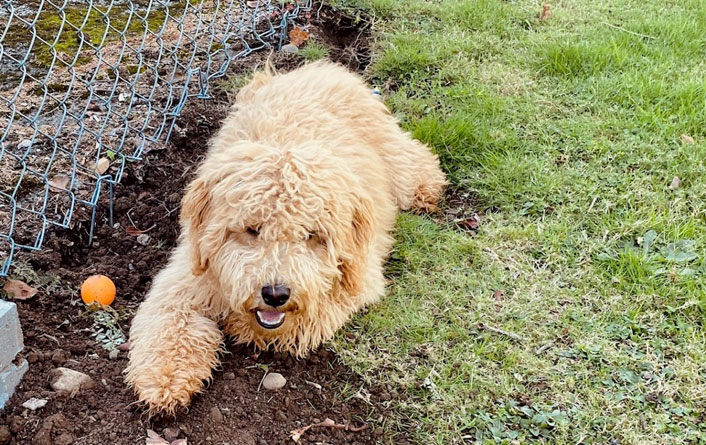 Just this last week I reread Nanci’s blog, “My Cancer Is God’s Servant.” I recommend you do the same. It is short and very powerful, and really encouraged me. (Thanks so much for your continued prayers for Nanci!)

I also appreciated the following interview by Vaneetha Rendall Risner with author and professor Terry Powell about depression, the Christian life, and the holidays. I loved what he shared about his dog, and really all of what he had to say. It’s excellent. (Vaneetha is no stranger to suffering herself; check out her book Walking through Fire, and see this interview I did with her earlier this year about suffering and God’s goodness.)

A Christian Perspective on Depression

An Interview with Terry Powell by Vaneetha Rendall Risner

Depression can almost wither our joy. Especially over the holidays, when everyone seems cheerful and excited, enjoying time with friends and family.

Those who suffer with depression often endure silently, feeling shame and internal condemnation. For Christians, the struggle is often magnified by the assumption people are less spiritual if they can’t seem to “count it all joy.”

Terry Powell understands that struggle. His battle with depression began at a young age and continued through adolescence into adulthood. Terry has learned a lot through the years and offered to answer a few questions about depression and how he copes with it, particularly at this time of year. Here is my interview with Terry:

Depression for me takes one of two forms:  either a robotic, emotionally-numb state when I’m listless, less motivated, and have lost a zest for living, or the pendulum swings to the opposite extreme:  periods of heartache and extreme sensitivity, causing me to cry at the least provocation.  Current descriptors include hopelessness; negative self-talk consisting of severe criticism; wishing for death; and an overreaction to the normal stressors that all people face.

Yet these negative descriptions don’t always characterize me. Symptoms come and go, yet with God’s grace, I’ve maintained a fruitful teaching and writing ministry.

What are the common misconceptions among Christians about depression and faith?

Some Christians still believe that recurring depression stems from anemic faith or a failure to pray or read the Bible. I believe some despondency may result from the Holy Spirit’s conviction of sin or from not spending time with the Lord, but I’ve personally felt buoyant on days when I’ve neglected the Lord, and despondent on days when I experienced an unhurried, meaningful devotional time.

A Christian colleague familiar with research on depression says that over half those suffering from major depression have a genetic predisposition to it caused by a depletion of brain chemicals such as serotonin, which control mood.

Looking at the lives of spiritual giants like David Brainerd and Charles Spurgeon also keeps me from equating depression with weak faith.  Their outrageously fruitful lives coexisted with recurring bouts of despair and darkness of spirit. In the Bible, David and Jeremiah both alternated between periods of zealous praise and laments over God’s perceived absence or forgetfulness.

You said your struggle with depression can be a blessing. Can you explain that?

Depression keeps me desperate for Jesus’ strength and grace, utterly dependent on Him for holiness and ministry effectiveness.  Knowing my brokenness, I’m less prone to feel proud when I accomplish something for Him. My emotional frailty also increases my sensitivity and compassion for hurting people, whether or not their pain stems from depression.

Yet the primary benefit is the glory God gets by using a weak, needy person.  In Psalm 50:15, God said, “Call on me in the day of trouble.  I shall rescue you, and you will honor me.” When I’m forced to cry out to God for sustenance or intervention, He may not rescue me from the trouble, but He meets me in the trouble.

Sweeter intimacy with Him makes the trial pale by comparison.  My need allows God to get the glory because others can see His sufficiency in my weakness. Charles Spurgeon, oppressed by attacks of both depression and gout, wrote “God gets from us most glory when we get from Him much grace.”

You maintain that memorizing Bible verses doesn’t eliminate depression, but at the same time you say that God’s Word is imperative in coping with it. Could you elaborate?

When I recommend God’s Word as a weapon against depression, I am not saying that despondency evaporates when I read the Bible or meditate on a promise from God, or that regular devotions eliminate depression.  But I am saying that anchoring myself in God’s Word is integral to my endurance.  The promises of Scripture keep me from yielding to despair. Additionally, prayer and fellowship, counselling and/or medicine can all be helpful as well.

In my teaching at Columbia International University, when depression settles over me, I may go weeks at a time without feeling the presence of God. Satan whispers, “Why do you keep serving someone who’s absent. When is the last time you were conscious of His presence?  Cancel your next class and go home.”

But I lock my mental lens on Isaiah 41:10: “Do not fear, for I am with you; do not be dismayed, for I am your God.  I will strengthen you and help you; I will uphold you with my righteous right hand.”  Then I preach to myself: “No, I haven’t felt God’s presence in a while. But His Word says He’s with me, so His presence doesn’t depend on my feelings.  His Word, which promises His presence, is far more reliable than my fickle feelings that question His presence.”

No matter what causes my depression, there is still a spiritual battle to fight.  Will I believe the hopeless messages that roll around in my mind when I’m depressed, or will I trust God’s Word?

What practical things do you do to combat your depression?

Call someone who is suffering, or write them an encouraging letter.  I ask God to help me focus on another’s need rather than stay absorbed in my own.

Call a close friend to pray for me over the phone.

Ask the Lord to sustain me so I can execute the day’s responsibilities for His glory.

Play with my dog. Farley, my 10-year-old dachshund, helps fill my depleted emotional tank as he greets me daily with tail-thumping, face-licking exuberance.

Despondency is more common during the holidays, even among people who aren’t diagnosed with chronic depression. How do you cope with the holidays?

Some years we invite an international student and his or her family to our house at Christmas and serve them.  It’s harder for melancholy thoughts to control me if I’m focusing on guests.

Terry Powell teaches Church Ministry classes at Columbia International University in South Carolina.  His books include Serve Strong:  Biblical Encouragement to Sustain God’s Servants and Now That’s a Good Question!  How to Lead Quality Bible Discussions.  He has a bride of 46 years, two grown sons, a daughter-in-law, and six-year-old grandson. His constant prayer is, “Lord, make me half the man my dog thinks I am!”

This article was originally posted on Vaneetha's blog and is used with permission.

Photo by Joanna Kosinska on Unsplash 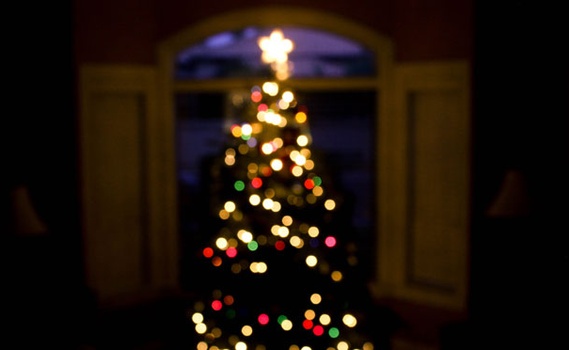 article December 10, 2018
Several friends have recently had their close loved ones die. I appreciate these five points from Vaneetha Rendall Risner, a dear sister who has experienced much suffering, on how to minister to others in need. 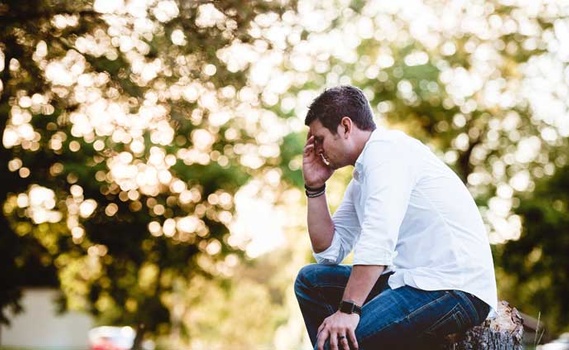 article March 23, 2018
When I blogged about my depression several years ago, a few people expressed shock that someone who had written about subjects such as grace and Heaven could ever be depressed. 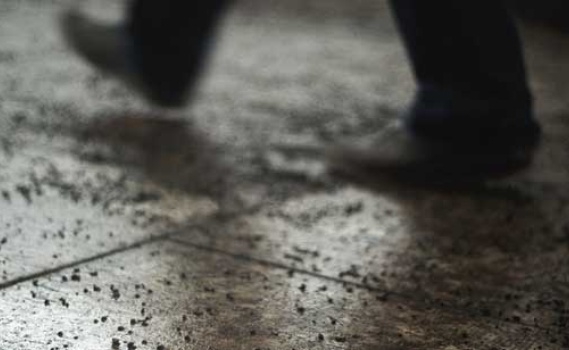 Walking Through Depression: God Is With You

video April 21, 2014
I have known depression first-hand at different times in my life. Several years ago, for no apparent reason, a cloud of depression descended on me.
Invest in Eternity