Finding Peace and Rest in a World of Weariness and Division 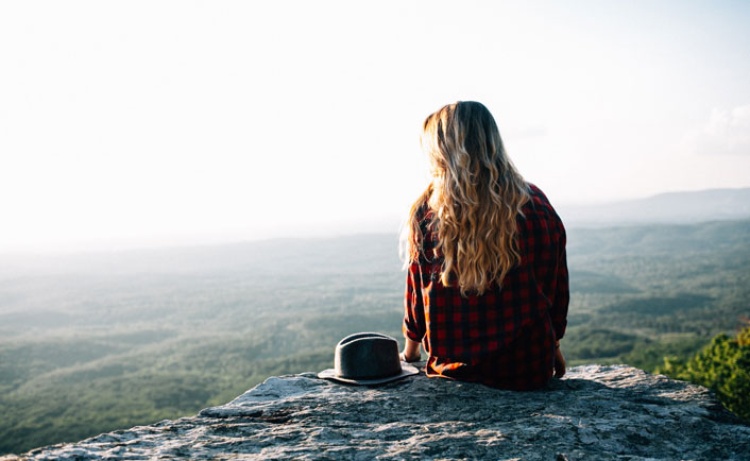 Note from Randy: This is a great article from pastor and author Scott Sauls. Though he talks specifically about the weariness and burnout that many church leaders have faced over the last year and a half, much of what he says applies to all believers who find themselves tired and hurting over the division and angst in our culture. Scott’s words really resonanted with me.

May we remember that Jesus invites us to come to Him and sit at His feet, and even in this world full of suffering and pain, to find in Him the happiness, peace, and rest we all long for.

In December of 2020, I saw a meme on the internet in which five portable restrooms were lined up at a construction site. All five of them were on fire. The meme read as follows:

That sounds about right. The combination of a global pandemic, mass social isolation, emptied communities and classrooms and congregations, Zoom fatigue, and the most divisive political season of my 53 year-old lifetime, created a perfect storm that has left almost everyone, especially leaders, feeling agitated as well as tired, lonely, insecure, overwhelmed, under-encouraged, and immobilized by fear that they will say or do something that will get them called out, attacked, accused, taken down, or canceled.

In a recent text exchange with a fellow Christian leader, I asked how he was holding up. He replied, “I am ready for 2020 to end. But I might have to wait until 2030 for that to happen.”

As I write this, it is September 2021, and the year 2020 still shows no signs of retreat. If there were a competition for word of the year, top contenders might include “polarized,” “racialized,” “tribalized,” “politicized,” “divided,” and “outraged,” to name a few.

Sociologists and therapists alike are calling the climate we are in “The Great Resignation.” In an effort to escape regret and hurt and fear and other 2020-ish challenges, alarming numbers of people have “resigned” from their friendships, communities, schools, jobs, cities, and even family members in hopes of hitting the reset button on life.

Many Christian leaders feel heavy as they find themselves stuck in the crossfires. This is especially true of bridge-building types who work hard to keep themselves above the fray of partisan division and rancor. In the current climate, nonpartisan, bridge building leaders are especially vulnerable to being labeled as obsessive maskers and anti-vaxxers, woke antagonists and white supremacists, American nationalists and anti-American globalists, homophobic bigots and gay affirming sellouts, too liberal and too conservative politically, too rigid and too loose theologically, too direct to call themselves true priests and too cowardly to call themselves true prophets.

Amid such realities, it is easy to understand why Paul Tripp, himself a counselor and pastor, has labeled the assignment of pastor as a “dangerous calling.” This is not just true of pastors, but of all Christian leaders under pressure to be the rope in modern versions of the ancient Jew/Gentile cultural, ideological, and socio-political tug-of-war.

The fatigue that comes from trying to bring people together in a politically unhinged climate can take a toll. The weariness factor is so pronounced for some that, according to the latest surveys, over thirty percent of pastors and other church staff (for example) are actively looking to leave the ministry. Within my own pastor networks, the percentages seem much higher than this. Since the pandemic began, leadership complexity and demands have been unrelenting for an unprecedented number of Christian leaders. When I have myself felt wearied, I have been helped by this gentle, caring word from Pastor Joe Novenson:

“The feel of faith is not strength, but dependent weakness.”

Enters Jesus, who reminds us that in this world there will be trouble. No one should be alarmed by the presence of thorns in the flesh or even fiery trials, for it is in such trials that we receive opportunity to share in what Paul called the fellowship of sharing in Jesus’s sufferings. As the last two Beatitudes attest, even if people persecute us or say false or misleading or hurtful or behind-the-back or out-in-the-open things about us, rejoicing remains possible, for so they treated the prophets before us. Great is our reward in heaven, our Lord reassures us. The wearying things that happen to Christian leaders are things that happened to our Lord first. As we suffer similar things, we have opportunity, if we will accept it, to abide in even deeper, more intimate solidarity with Christ.

Likewise, if concerned friends point out true things about us, including our own glaring deficiencies, sins, blind spots, and the like, we have the ultimate resource in Christ himself to face our deficiencies in a spirit of humility and teachability and repentance, versus running from them. As the modern hymn reminds us, “Our sins, they are many. His mercy is more.”

I know. It’s much easier said than done.

I once heard an anecdote about St. Teresa of Avila and a conversation she had with the Lord. It was a time of deep weariness and suffering for her. She asked the Lord why he allowed things to get so hard for his children, to which the Lord allegedly replied, “This is how I treat my friends.” To this, Teresa responded, “Well, then, it’s no wonder why you have so few friends!”

Amid seasons like an “extended 2020” that can sometimes feel like a long, unrelenting winter, the promises of the Gospel and the rest it provides remain. In the Gospel, there are resources not only for coping, but also for thriving in weary times. The Gospel gives us resources that help us nurture and lean into counter- and cross-cultural community and witness.

As Donald Carson has written, as “a band of natural enemies who love one another for Jesus’s sake,” Christians possess resources in Christ to pursue harmony between individuals and groups who could not possibly come together, let alone love one another, outside of Christ. In Christ, dividing walls of hostility between male and female, Jew and Gentile, slave and free were torn down in early church communities. If Christ could accomplish this in ancient times, could he not also accomplish it right now?

This might be our best current opportunity for compelling, persuasive witness—to simply be kind to one another in Christ, especially across the lines of difference. To opt out of the modern culture of biting, devouring, blaming, shaming, and attacking in the name and for the sake of love.

There must be a reason why Mr. Rogers is popular again and Ted Lasso is such a celebrated TV series. Human hearts are bent, battle worn, and tired. We crave the sort of kindness, caring, empathy, and benefit-of-the-doubtism that Mr. Rogers and Ted Lasso exemplify. Both illustrate the Proverb which tells us that a gentle answer turns away wrath (Proverbs 15:1). Both also point us to Christ himself, whose eighth and most memorable “I AM” statement invites all who are weary to come to him for rest, “for I am gentle and humble in heart, and you will find rest for your souls” (see Matthew 11:25-30).

If you are a Christian leader, please recognize that Jesus’s invitation for you to come TO him comes a full seventeen chapters before Jesus asks you to go and do FOR him. His great invitation is extended to you long before his great commission.

Whatever your situation, one thing is for certain. In this or any other disorienting climate, you will only become a gentle rest-giver to the degree that you yourself can also enter the Sabbath rest of Christ. A weekly Sunday Sabbath, to be sure. But also a daily, even moment-by-moment one. The abiding kind.

If Christian leaders are going to embody his gentle and humble ways in the culture, they must first address the messy, restless, anxious culture that can so easily take up residence in their (our) own hearts. Abiding Sabbath is the only way to do this well.

It is good to remind ourselves and each other that there is no bypass road around Jesus’s great invitation in Matthew 11 to get to his great commission in Matthew 28.

To become like Christ in the world, Christian leaders must pull into the rest area to abide and linger with Christ. For the fruit of the Spirit—including the fruit of rest-giving gentleness—can only grow and be shared and sustained when we take the lead in resting in and relying on Christ.

What does this mean for Christian leaders? Chiefly, that they themselves are, first and foremost, sheep under the Shepherd’s care. It is beneath the shelter of this reality that Christ will keep, uphold, and strengthen them as they limp forward until 2020 ends…even if that doesn’t happen until 2030.

This article originally appeared on Scott’s blog and is used with permission.

Photo by Caleb Frith on Unsplash 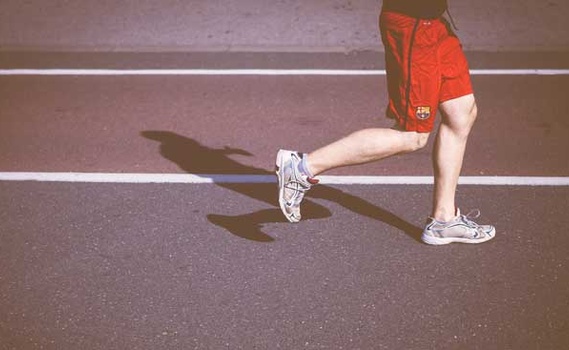 Heavenly Encouragement in the Race of Life

article May 9, 2018
God gives each of us a race to run. To finish well we must develop perseverance. The Christian life is not a hundred-meter dash but a marathon, requiring patience, endurance, and discipline. But how do we find the strength to finish our race well? 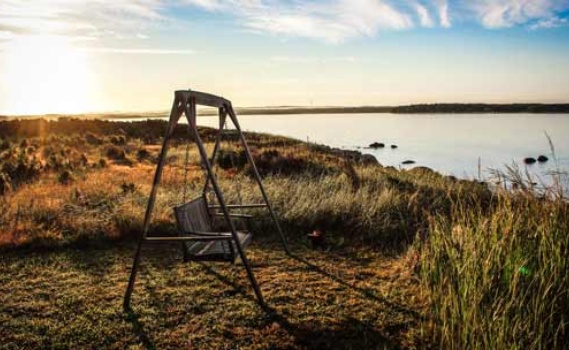 Encouragement When We Need Comfort, Grace, and Hope

article August 31, 2016
Lately I’ve been meditating on the familiar (and therefore neglected) words of Jesus in Matthew 11:28-30. Though I memorized the words as a new Christian 45 years ago, I have never pondered them as much as recently. 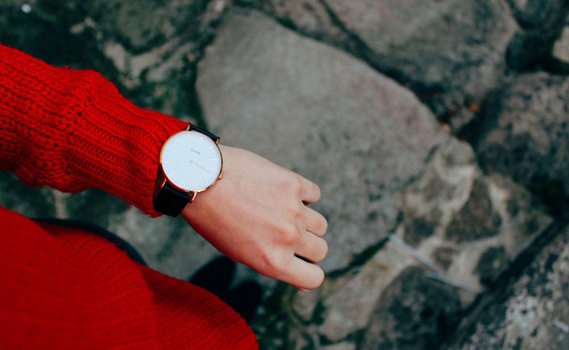 Can't You See That I'm Busy?

article June 27, 2012
There was work to be done. After all, when Jesus came, the twelve came with Him. The house needed to be swept. Food would have to be prepared and the table set. Twenty-six extra feet would require washing. Bedding, too, must be arranged, as traveling dinner guests always spend the night. If I don’t do it, she may have thought, it won’t get done.
Invest in Eternity