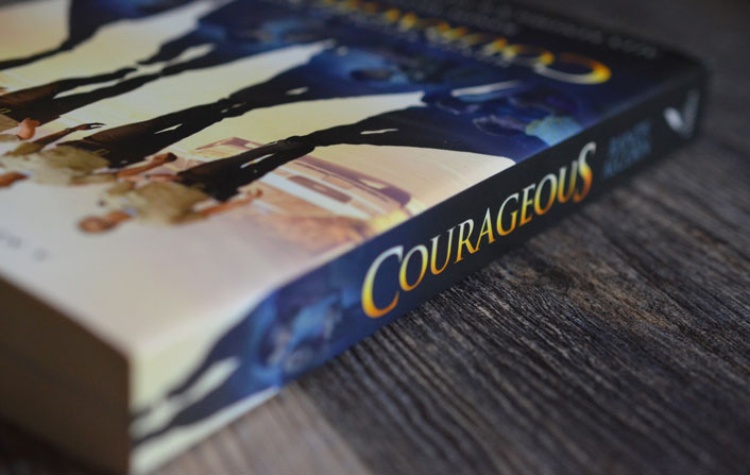 This Friday, September 24, the Courageous movie will be released in select theaters in honor of the 10th anniversary of its original release. Some of you may know that I wrote a novel by the same title that was based on the screenplay of the movie. Both the movie and the book center on police officers and fatherhood and, not surprisingly, COURAGE for men in their homes and personal lives.

Of course, no movie and no novel are sufficient to change a life for the long haul. That requires a work of God’s Holy Spirit that continues over time. It also requires a change of life priorities and habits. Men (and women) need to turn off the television, look away from screens and read God’s Word, read great books, talk with their children, join Bible studies, and become accountable to others to grow in their walk with God, their marriage, and their parenting.

So although a movie isn’t enough to change people, it can be one more instrument used by God to get their attention and challenge them to take the next step. The key to long-term growth and turning around hearts and families is churches and families and individuals meeting with God and each other day after day, calling upon Him to transform us, by the grace and truth of Jesus Christ and the power of His Holy Spirit.

After the book first came I out, I did a 30-minute interview on the subject of being a courageous father. Much of it is still relevant for this current day—and perhaps even more so than 10 years ago:

You might also like to check out the nonfiction book The Resolution for Men, written by Stephen and Alex Kendrick and myself, which explores a set of commitments made by five men in the movie. Here’s an excerpt from my portion of that book:

Second Timothy was Paul’s last letter, written from prison shortly before his execution. In this letter he left final instructions to Timothy, whom he had mentored.

Timothy grew up without a believing father. That encourages men like me. I have a close friend, also raised in a nonchristian home. We often talk about the challenges and privileges of being first generation believers. By God’s grace, we’ve established Christian homes with our wives, and have seen God raise up our children to love Jesus.

Paul tells Timothy, “I am reminded of your sincere faith, which first lived in your grandmother Lois and in your mother Eunice” (2 Timothy 1:5). This passage should encourage every single mom that their task is not hopeless. God is “a father to the fatherless, a defender of widows” (Psalm 68:5).

In the absence of a father, Timothy’s mother and grandmother did what God calls fathers to do. They passed on their faith in a way that made Timothy want to take ownership of it. How? In 3:15 Paul says, “But as for you, continue in what you have learned and have firmly believed, knowing from whom you learned it and how from childhood you have been acquainted with the sacred writings, which are able to make you wise for salvation through faith in Christ Jesus.”

The word for “childhood” here is often translated “infancy.” Parents are called to read Scripture to their children at very early ages. Some of our daughters’ earliest spoken sentences were verses, and both Karina and Angela came to Christ very young. There is no set age at which children can come to faith, but there does need to be some understanding of right and wrong, and of the fact that Jesus died so that we might be forgiven and live with him in Heaven.

In the following verses Paul addresses the nature of these Scriptures Timothy had learned from infancy: “All Scripture is breathed out by God and profitable for teaching, for reproof, for correction, and for training in righteousness, that the man of God may be competent, equipped for every good work” (2 Timothy 3:15-16). “All Scripture” means there is no Scripture that is not inspired. The fact that we may not understand a passage, or may have trouble believing it is not a sign of our deficiency, not Scripture’s.

The best source of wisdom any man can bring to his family is God’s Word. If a book, music, or video brings us back to Scripture, it can be a powerful source of learning in the home.

In an earlier letter Paul warned Timothy, “Watch your life and doctrine closely” (1 Timothy 4:16). A father’s job is to believe what is true and to live out that truth in front of his children. His life demonstrates the validity of his belief in the truth, and this will draw his children toward faith in God.