A Happy Ending without an End 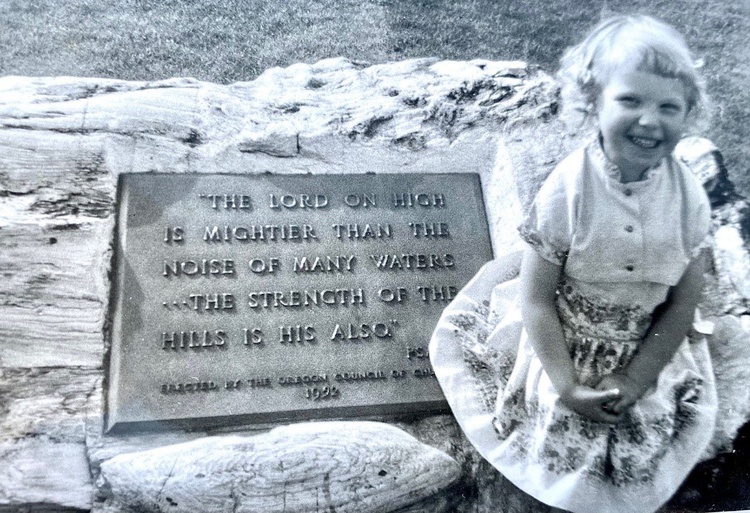 In light of Nanci’s departure to be with Jesus four weeks ago, a kind sister reached out to me, saying she was hoping and praying that I felt the closeness of Jesus. I told her that I do indeed sense His closeness. At the same time, grief and sometimes depression come upon me in waves. But they do not drive out Jesus or the Holy Spirit, both of whom indwell me (Romans 8:8-11).  Nor can they separate me from God the Father. In fact, “Neither death, nor life, nor angels, nor principalities, nor powers, nor things present, nor things to come, Nor height, nor depth, nor any other creature, shall be able to separate us from the love of God, which is in Christ Jesus our Lord” (Romans 8:38-39).

I am not simply claiming these things to be true—I normally believe them to be true and often am very aware of their reality. I learned years ago, when dealing with depression, that God not only is with me right in the middle of it, but I can sometimes, even often, sense His presence. The promises of Jesus are not mere casual reassurances; rather, they are blood-bought, guaranteed by His proven character and love. I can bank on them 100%. So can you.

Somehow when my old companion Depression visits me, I know in a special way, my Savior has entered into my world, understands me, accepts and loves me, and says, “See, I have engraved you on the palms of my hands” (Isaiah 49:16). His engraving tools are the nails of a Carpenter.

It’s not that my grief and depression aren’t painful; it’s that my whole world, including all my weakness and shortcomings, is in His nail-scarred hands and under the governance of His grace. Why would I be surprised to suffer, when God promises us we will suffer? “Dear friends, don’t be surprised when the fiery ordeal comes among you to test you, as if something unusual were happening to you” (1 Peter 4:12). When you suffer don’t think, “God isn’t keeping His promises,” rather, think, “God is keeping His promise that I will suffer, and that He is right here with me in my suffering to accomplish His purposes for His glory and my good.”

This past nine days, depression has intermingled with grief. I feel profound pain of loss, but I simultaneously feel that the One who has borne my grief and carried my sorrows is infinitely larger than my pain. So as real as the pain is, I feel no despair, no loss of hope, no distance from Him. He is not only my sovereign Maker, He is also my living Redeemer and ever-present Friend who will never—no never—desert me or forsake me. As I weep, I have been thinking about the flood of His tears, for His mother when He was on the cross, for Jerusalem that said no to His comfort, for His friends Lazarus and Mary and Martha. I am so amazed by Him, so deeply grateful. It makes me sad to think that those I know and loved took their lives because they could not see God inside their depression, but only outside. No virtue in me accounts for my awareness of His closeness, but only a kindness of God’s grace that I do not take for granted for a moment. It is hard enough to bear being without my Nanci. I cannot imagine what it would be like to think I was without my Creator and Redeemer and dearest Friend.

One thing that’s brought me joy is going through old photos to pick out some for Nanci’s memorial service. What wonderful memories. While I miss Nanci terribly, I am overwhelmed with the goodness of God for giving me such a wife and for what we were able to experience together in this life. I can’t wait for what is ahead of us in the presence of Christ. Nanci got a head start on me! I look forward to seeing her again and starting to catch up. Together, we’ll enjoy that happy ending that will never end.

The following is from my book 90 Days of God’s Goodness:

Praise be to the God and Father of our Lord Jesus Christ! In his great mercy he has given us new birth into a living hope through the resurrection of Jesus Christ from the dead, and into an inheritance that can never perish, spoil or fade—kept in heaven for you, who through faith are shielded by God’s power until the coming of the salvation that is ready to be revealed in the last time. In this you greatly rejoice, though now for a little while you may have had to suffer grief in all kinds of trials. These have come so that your faith—of greater worth than gold, which perishes even though refined by fire—may be proved genuine and may result in praise, glory and honor when Jesus Christ is revealed. Though you have not seen him, you love him; and even though you do not see him now, you believe in him and are filled with an inexpressible and glorious joy, for you are receiving the goal of your faith, the salvation of your souls.

We are to rejoice in our inheritance in Heaven even as God sovereignly uses difficulties in our lives as a fire to refine, purify, and strengthen our faith.

I’ll never forget my first thirty seconds of high school. I walked in the front door, tripped, and fell on my face…right in front of three cheerleaders. They laughed hysterically. Not a good start for a freshman desperately wanting to be cool!

At the time, that incident hurt worse than my serious ankle injury while playing football. Yet over forty years later, even though I still remember it vividly, it brings me absolutely no pain. It just makes me laugh. Of course, my teenage troubles do not compare to having cancer, being tortured, or seeing a child die. I only mean that although certain experiences brought me genuine pain when they happened, with the passing of time and gaining of perspective, they no longer do.

If we sometimes recognize this in daily life, shouldn’t we suppose that many of our most painful ordeals will look quite different a million years from now, as we recall them on the New Earth? What if one day we discover that God wasted nothing in our life on Earth? What if we see that every agony was part of giving birth to an eternal joy?

I watched an interview with two families whose daughters, students atTaylorUniversity, suffered a terrible car accident in 2006. A truck hit a van head-on, killing five people.

At the accident scene, someone found Laura Van Ryn’s purse next to Whitney Cerak. Workers at the scene mistook the students, both blondes, for each other. Laura, misidentified as Whitney, was pronounced dead at the scene, while Whitney, misidentified as Laura, fought for her life on the way to the hospital. Some fourteen hundred people attended “Whitney’s” funeral, and her father spoke at the service. No one suspected that the body they buried that day was Laura Van Ryn’s.

When this monumental error finally came to light, both families expressed faith in God. In one conversation, the Ceraks told the Van Ryns, “We are so sorry that we have the happy ending.” Don Van Ryn responded, “We do too…we just haven’t seen it yet.”

The Van Ryns await their reunion with Laura in a better world.

God promises that the eternal ending will break forth in such glorious happiness that all present suffering will pale in comparison. All who know Jesus will have a happy ending.

We just haven’t seen it yet.

Thank you, Lord, for valuing our faith in you so much that you test and strengthen it through adversity. Thank you for your promise of an unfading inheritance and that you are developing greater Christlikeness in us now that we may be better prepared to rule under you in the eternal kingdom. Though we aren’t there yet, we celebrate the fact that because of your grace, we will have a happy ending; one that will never end. 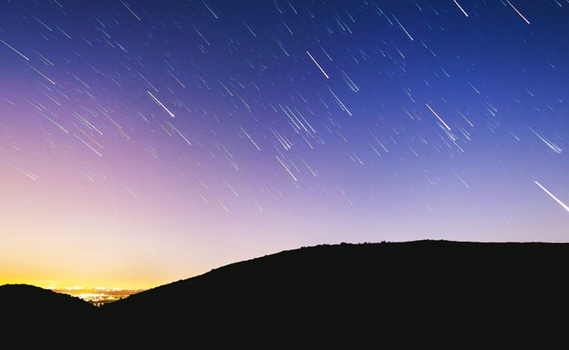 Suffering Is No Accident

article May 9, 2022
I write this on the one-month anniversary of Nanci’s homegoing. Strange to think that our true home is a place we’ve never been. Paul said, “I desire to depart and be with Christ, which is better by far” (Philippians 1:23). Yet our eternal home will be on the New Earth where “no longer will there be any curse.” 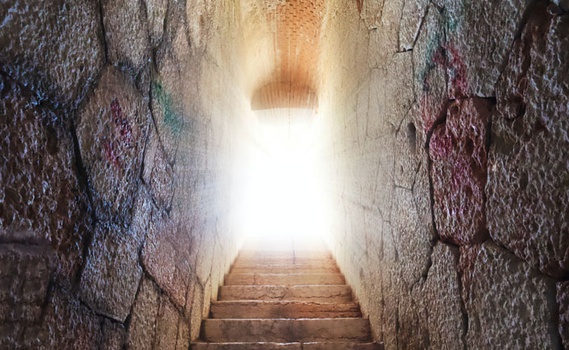 article May 6, 2022
Contemplating the final end of sorrow has brought me great comfort in my first month of grief after my precious wife’s death. I already can’t wait to see Nanci again and have her show me around Heaven, and then after the resurrection when we relocate to the New Earth, for us to both experience it for the first time together. How glorious that will be, and above all just to be with Jesus regardless of where! 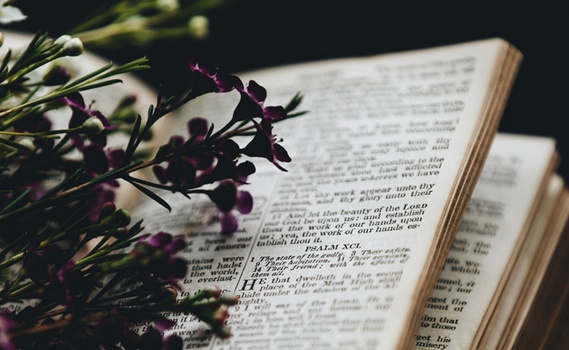 Honest Faith Can Cry out to God

article May 4, 2022
God’s Word contains countless expressions of concern and anguish about the hard times people experience and the fact that they sometimes don’t feel God’s closeness. In this fallen world, “Why?” is a common question.
Invest in Eternity