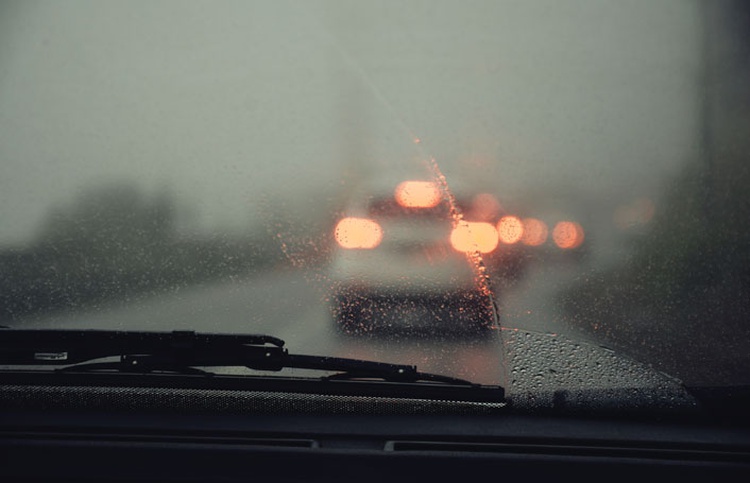 Late one rainy night years ago, my wife and I were leaving a movie the­ater when Nanci noticed an older man in the parking lot leaning on a walker, struggling. I helped him get into his car. Since he was so exhausted, I asked if I could drive him home.

He declined, but I said we’d follow him home in case he needed help. As he pulled out, driving erratically, we prayed he wouldn’t find the street. Our prayers were answered when he got trapped in a fast-food drive-through line. I opened his door and asked him to move to the passenger seat so I could drive him home, while Nanci followed.

As I pulled out, two men jumped in front of the car, waving their arms and a cell phone. One shouted, “My wife’s having our baby, and I have to get home. Can you drive us?”

I found out George had been a political science professor at San Francisco State University for twenty-eight years. I realized that most people of George’s background would not count Bible-believing Christians among their favorite people! George asked me why we had helped him. I told him we were followers of Christ. I left him my book In Light of Eternity. I prayed God would touch his life and hoped we’d hear the rest of the story in eternity.

As it turns out, we didn’t have to wait that long.

Two months later my assistant Kathy woke up in the middle of the night experiencing a strange medical problem she’d never had before and hasn’t had since. The next day she went to her doctor, bringing with her a copy of In Light of Eternity. When the doctor saw it, he said, “One of my patients was carrying that book the other day—and he told me he wished he could talk to the author.”

Kathy returned to our office with George’s phone number. I called him and asked if he wanted me to drop by. He did. George was full of questions. He wanted to know the truth about Jesus Christ. He couldn’t get over the idea of grace, that God could really forgive rotten people. He said it sounded “too easy.”

Two hours of discussion followed. I saw God’s Spirit at work in George. Finally he prayed, confessed his sin, and accepted Christ’s gift of eternal life.

Now, what are the chances of all these events coinciding?

No chance at all—they were a series of divine appointments.

A small act of grace by my wife and me (two small acts, counting the trip to the woman ready to deliver a baby) somehow made an impression on George—and also got into his hands a book that offered him the truth.

What George saw, what he wrestled with, and what ultimately brought him to Christ was grace and truth.

What Gives Us Away?

A friend sat down in a small London restaurant and picked up a menu.

“What will it be?” the waiter asked.

The waiter smiled. “Oh, a Yank. What part of the States are you from?”

He hadn’t said a word. But he’d already given himself away.

In the first century, Christ’s followers were also recognized immediately. What gave them away?

It wasn’t their buildings. They had none.

It wasn’t their programs. They had none.

It wasn’t their political power. They had none.

It wasn’t their slick publications, TV networks, bumper stickers, or celebrities. They had none.

“With great power the apostles continued to testify to the resurrection of the Lord Jesus, and much grace was upon them all.” (Acts 4:33)

They testified to the truth about Christ and lived by His grace. Truth was the food they ate and the message they spoke. Grace was the air they breathed and the life they lived.

The world around them had never seen anything like it. It still hasn’t.

The only “church growth formula” the early church pos­sessed was the body of truth flowing with the blood of grace. They drew thousands to Jesus by being like Jesus.

But what does it mean to “be like Jesus”? We could come up with long lists of His character qualities. But the longer the list, the less we can wrap our minds around it. (I can’t even juggle three balls. How could I juggle dozens?)

But what if the character of Christ was reducible to two ingredients?

“In the beginning was the Word, and the Word was with God, and the Word was God.... The Word became flesh and made his dwelling among us. We have seen his glory, the glory of the One and Only, who came from the Father, full of grace and truth.” (John 1:1, 14, emphasis added)

Jesus is full of two things: grace and truth.

Not “full of patience, wisdom, beauty, compassion, and creativity.” In the list there are no commas and only one conjunction—grace and truth. Scripture distills Christ’s attributes into a two-point checklist of Christlikeness.

The baby born in a Bethlehem barn was Creator of the universe. He pitched His tent on the humble camping ground of our little planet. God’s glory no longer dwelt in a temple of wood and stone, but in Christ. He was the Holy of Holies.

But when He ascended back into the wide blue heavens, He left God’s shekinah glory—that visible manifestation of God’s presence—on earth. We Christians became His living temples, the new Holy of Holies (1 Corinthians 3:16–17; 6:19).

Excerpted from Randy's book The Grace and Truth Paradox.

Photo by Hossein Soltanloo on Unsplash 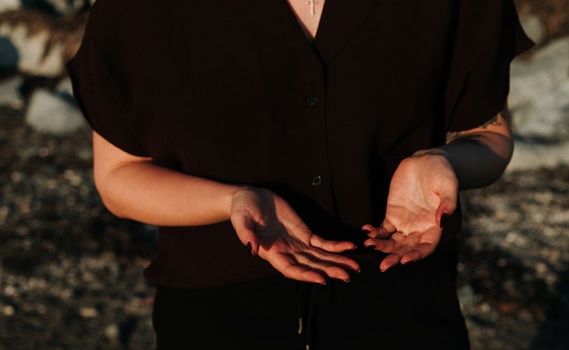 Words Full of Grace and Truth

article July 1, 2020
Unfortunately, many nonbelievers know only two kinds of Christians: those who speak the truth without grace and those who are very nice but never share the truth. What they need to see is a third type of Christian—one who, in a spirit of grace, loves them enough to humbly tell them the truth. 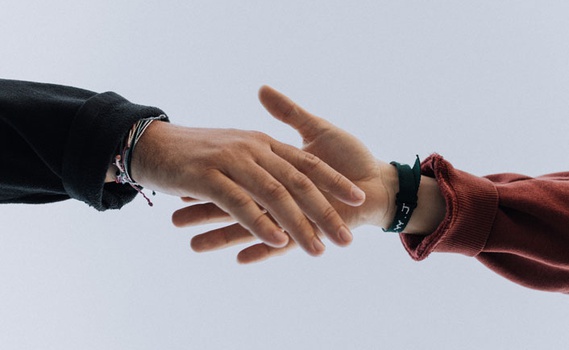 article March 12, 2014
The world is desperately hungry for two things—grace and truth. Jesus Christ is full of both: “And the Word became flesh and dwelt among us, and we have seen his glory, glory as of the only Son from the Father, full of grace and truth” (John 1:14). When Jesus stepped onto the world’s stage, people could not only hear the demands of truth but also see Truth Himself. No longer fleeting glimmers of grace, but Grace Himself. 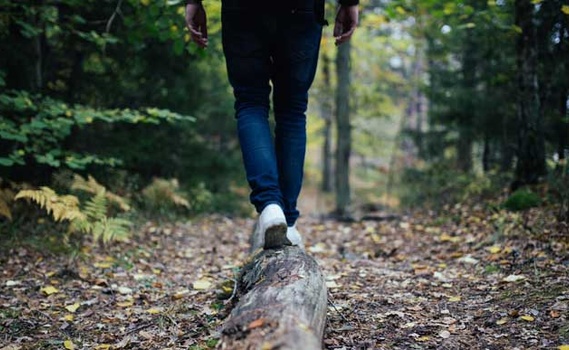 The Grace and Truth Paradox: Finding the Balance

article January 19, 2010
What if we could reduce Christ’s attributes to just two qualities that we could wrap our minds around? John 1:14 does exactly that. It describes him as “full of grace and truth.”
Invest in Eternity