Are You Looking Forward to the Earth’s Redemption? 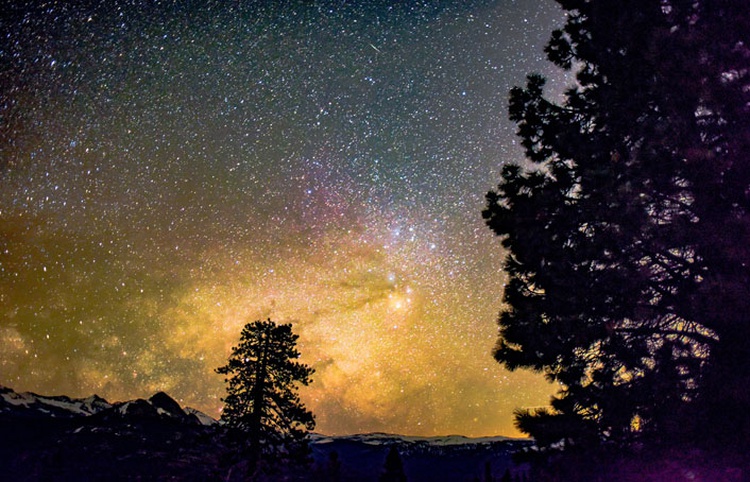 In my dialogues with lifelong evangelicals, I’ve found that a surprisingly large number apparently believe they will spend eternity as disembodied spirits. I sometimes ask, “You do believe in the resurrection, right?” They will say yes, knowing they should, but they go right on to question whether in the eternal Heaven on the New Earth there could be eating and drinking, swimming, running, biking, hugging, reading, painting, and any other activities embodied human beings do.

God’s revelation concerning the resurrection and the New Earth—our forever home—eludes them. A Christian university professor wrote, “I was floored and dismayed to discover the vast majority of my students don’t believe in the bodily resurrection.” Some evangelicals even believe we become angels when we die!

In contrast, Job says of his Messiah, “But as for me, I know that my Redeemer lives, and he will stand upon the earth at last. And after my body has decayed, yet in my body I will see God! I will see him for myself. Yes, I will see him with my own eyes. I am overwhelmed at the thought!” (Job 19:25-27, NLT). Read those words carefully. What else besides a literal physical resurrection can this mean?

When I shared these thoughts on Facebook, a reader commented: “My faith was almost shipwrecked until I figured this out.”

Someone said, “I’m asking in complete sincerity, how did believing that we will inhabit the earth save your faith?”

She wrote in response,

About two years ago, I had been in a dark place for a lot of reasons. Things were starting to get a little better, but I was still pretty ambivalent towards God. When I realized that the Kingdom was about “restoring Eden” and not about “escaping to Heaven” I couldn’t stop marveling that this was a God that never had a Plan B.

My whole life I’d understood the gospel as God saying, “I gave you humans a home and you screwed it up. I guess I’ll let you live with me now.” Which pretty effectively dimmed my view of His glory.

Two years after that revelation, I still get a little giddy thinking about Eden as the unconquerable Plan A. And I have a little one-year-old girl named Eden who reminds me how good that Plan A is.

What a magnificent answer, in keeping with the wonderful words contained in Romans 8:19-23:

The sufferings of this present time are not worthy to be compared with the glory that will be revealed in us. The creation waits in eager expectation for the sons of God to be revealed. For the creation was subjected to frustration [curse]... in hope that the creation itself will be liberated from its bondage to decay and brought into the glorious freedom of the children of God....We know that the whole creation has been groaning as in the pains of childbirth right up to the present time. Not only so, but we ourselves, who have the firstfruits of the Spirit, groan inwardly as we wait eagerly for our adoption as sons, the redemption of our bodies.

The “redemption of our bodies” refers to the resurrection of the dead. Paul says that not only we, but “the whole creation” longs for and cries out for the earth-wide deliverance that will come with our bodily resurrection.

Do you find yourself sighing and groaning? Have you seen the look in the eyes of a suffering animal, and thought, creation cries out for deliverance? The text obviously includes the only beings besides humans that walk the earth that are capable of true suffering: the animals. Isaiah 11, 60, and 65 all depict animals on the New Earth, as does Ezekiel 47. Human beings and Earth are inseparably linked. Together we fell, together we shall rise.

We know instinctively there’s something better than life as we now know it. We catch glimmers of greatness; we have foretastes of joy, but they are elusive.

Sin and curse are not intrinsic to humanity—they are foreign to it. They are invaders, to be defeated. And one day God will transform the fallen human race into a renewed human race and the present earth into the New Earth. It’s a place that won’t be ruined by tsunami and floods and earthquakes and typhoons.

A phrase from the hymn “Hallelujah, What a Savior!” says His job is “ruined sinners to reclaim.”

Reclaim is another re-word. It recognizes that God had a prior claim on humanity that was temporarily lost but is fully restored and taken to a new level in Christ. God is the ultimate salvage artist. He loves to restore things to their original condition—and make them even better. Just as someone strips old paint off an antique to restore it, so our Savior removes our sin and restores us to His original design.

“At the renewal of all things, when the Son of Man sits on his glorious throne, you who have followed me will also sit on twelve thrones, judging the twelve tribes of Israel” (Matthew 19:27-28). He could have said at the destruction of all things. But instead He said at the renewal of all things. “All things” means that this earth is bursting with suggestions of what the New Earth will be like. What will be eliminated are sin and suffering and death and curse!

This isn’t speculation, it’s exactly what Scripture tells us about the New Earth: “He will wipe every tear from their eyes, and there will be no more death or sorrow or crying or pain. All these things are gone forever” (Revelation 21:4, NLT). And lest we fail to understand how that relates to Eden we’re told, “No longer will there be any curse” (Revelation 22:3, NIV).

This isn’t restricted to the last book of the Bible. It’s something that is to inform and guide our dreams right now: “In keeping with his promise we are looking forward to a new heaven and a new earth, the home of righteousness” (2 Peter 3:13). A New Earth is a renewed earth, a reclaimed earth, a redeemed earth, a resurrected earth. That’s what awaits us!

In “Joy to the World,” Isaac Watts wrote:

No more let sins and sorrows grow
Nor thorns infest the ground;
He comes to make His blessings flow
Far as the curse is found.

How far does Christ’s redemptive work extend? Far as the curse is found. If redemption failed to reach the farthest boundaries of the curse, it would be incomplete. Our spirits, our bodies, Earth itself, the animal kingdom—all are under the curse, and will be delivered from the curse. God will not abandon His creation. He will redeem it.

And we will glorify Him by ruling over the physical universe, showing respect and benevolence for all we rule. The righteous potential of humanity will at last be revealed at our resurrection. We’ll be righteous people with incorruptible bodies. We will not be inhuman in eternity; we will be more fully human than we’ve ever been!

That takes me back to the comment, “Two years after that revelation [about God’s plan for a New Earth], I still get a little giddy thinking about Eden as the unconquerable Plan A.” Well, I also find myself excited and energized every day about God’s promise of the coming global Eden, a redeemed planet, the New Earth. And when I think about living there forever with Jesus, my Savior and King and closest friend, my heart sings. And more now than ever I also think of being with Nanci and all the family and friends who have gone before me and will follow after me.

Wow! My heart soars to consider it. I hope you will read The Promise of the New Earth and experience that tug toward that new world Jesus is preparing for us. And maybe you’ll want to share it as a gift to others, whether believers or unbelievers.

Now available exclusively from EPM: The Promise of the New Earth

The Promise of the New Earth combines solid biblical teaching gleaned from Randy Alcorn’s bestselling book, Heaven, with beautiful photography to create a gift book to be treasured. 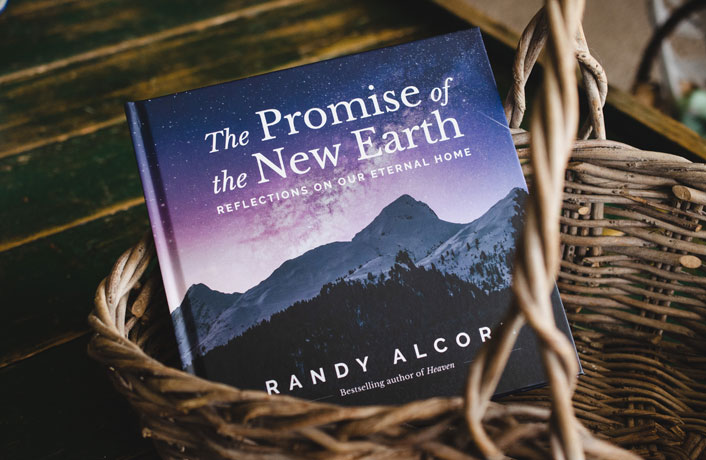 Many Christians think about the present Heaven, where Christians go now when they die, but have never considered the future Heaven, after the resurrection, which will be a physical place occupied by physical people who will live forever with Jesus and all those who love Him.

One day, those who know Jesus really will experience Heaven on Earth. 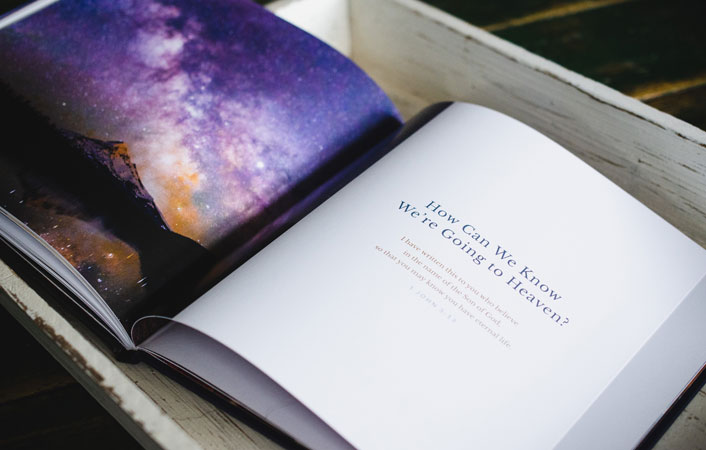 This refreshed version of Randy’s book The Promise of Heaven features all new photographs and some brand-new content. It makes a wonderful gift, especially to those who are grieving or need to learn about our eternal hope in Jesus. Hardcover, 96 pages. 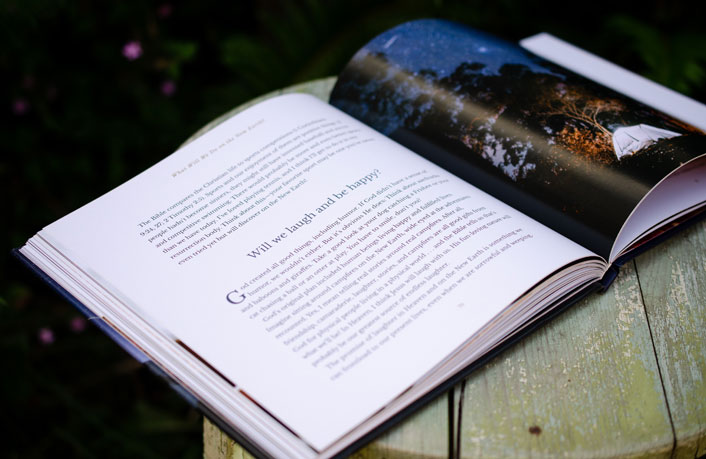 Read an excerpt and shop now

Photo by Sam Goodgame on Unsplash

article October 3, 2022
We long for a return to Paradise—a perfect world, without the corruption of sin, where God walks with us and talks with us in the cool of the day. Because we’re human beings, we desire something tangible and physical, something that will not fade away. And that is exactly what God promises us. 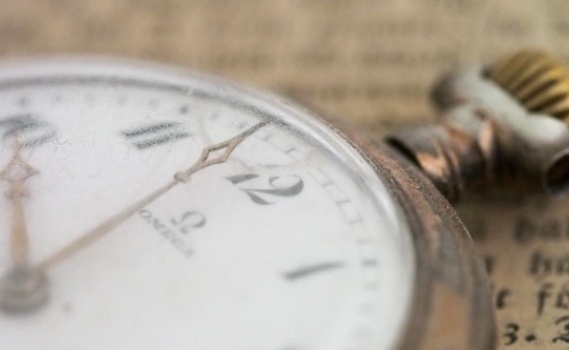 article April 19, 2017
For people with no faith in God, who deny the Resurrection, these are the best days, and certainly they're winding down to a fixed end. But for genuine Christ-followers, these are decidedly not the best days of our lives. In fact, the best by far is yet to come! 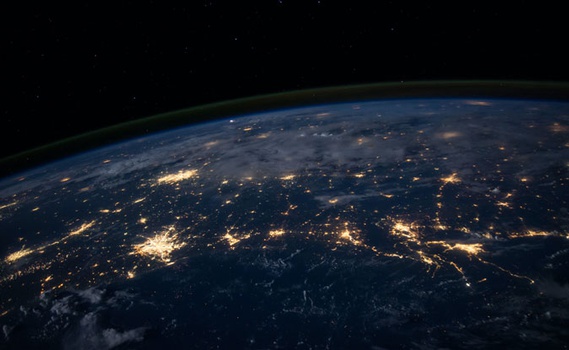 article June 20, 2016
Imagine you’re part of a NASA team preparing for a five-year mission to Mars. After a period of extensive training, the launch date finally arrives. As the rocket lifts off, one of your fellow astronauts asks, “What do you know about Mars?” Envision shrugging your shoulders and saying, “Nothing. We never talked about it. I guess we’ll find out when we get there.” It’s unthinkable, isn’t it?
Invest in Eternity