Abortion Does Not Liberate Women

Note from Randy: The following article is from Feminists for Life (www.feministsforlife.org) I don’t agree with everything in this article (particularly the implicit male-bashing), but it demonstrates that it’s possible to argue against abortion even from a committed feminist perspective.

Most modern feminists have made easy access to abortion the very symbol of liberation for women. The literature of the National Organization for Women repeatedly refers to abortion as the most fundamental right of women—more important even than the right to vote and the right to free speech. NOW has designated the protection of abortion rights as its top priority.

This is ironic, because abortion does not liberate women. On the contrary, abortion—and the perceived need for it—validate the patriarchal world view which holds that women, encumbered as they are by their reproductive capacity, are inferior to men.

Abortion liberates men, not women. There are three reasons for this:

Efforts to establish abortion as a legitimate solution to the problems of being a woman in a male-dominated society surrender women to pregnancy discrimination. Those feminists who demand the right to abortion concede the notion that a pregnant woman is inferior to a non- pregnant one. They admit that pregnancy and motherhood are incompatible to being a fully functioning adult, and that an unencumbered, unattached male is the model for success. By settling for abortion instead of working for the social changes that would make it possible to combine children and career, pro-abortion feminists have agreed to participate in a man’s world under a man’s terms. They have betrayed the majority of working women—who want to have children.

Abortion allows men to escape responsibility for their own sexual behavior. A man whose child is aborted is relieved of the requirement that he support his children. It is not surprising that the Playboy Foundation is a major supporter of abortion rights, because abortion is a natural consequence of the Playboy’s ideal of uncommitted, anonymous sex without consequences. Women can be reduced to the status of a consumer item, which if “broken” by pregnancy can be “fixed” by abortion.

Pro-abortion feminists have corrupted feminism by embracing male standards, which hold that it is permissible to treat “unequals” unequally, and for the powerful to oppress the weak. By accepting this patriarchal world view, these feminists have capitulated to male dominance. Women who agree to conform to the ideals of a world made by and for men are not liberated; they have merely altered their roles within the patriarchy.

Truly liberated women reject abortion because they reject the male world view that accepts violence as a legitimate solution to conflict. Rather than settling for mere equality—the right to contribute equally to the evil of the society—prolife feminists seek to transform society to create a world that reflects true feminist ideals.

Feminism is, properly, part of a larger philosophy that values all life. Feminists believe that all human beings have inherent worth and that this worth cannot be conferred or denied by another. True feminist thinking recognizes the interdependence of all living things and the responsibility we all have for one another. This feminism rejects the male view that sees all individuals as functioning separately from their fellows, in mutual competition.

Abortion is incompatible with this feminist vision. Abortion atomizes women. It pits them against their own children as competitors for the favors of the patriarchy. Abortion is of no great benefit to employers— who do not have to make concessions to pregnant women and mothers, to schools—which do not have to accommodate to the needs of parents, and to irresponsible men—who do not have to commit themselves to their mates or their children. Women who accept abortion have agreed to sacrifice their children for the convenience of a man’s world.

Women who have been liberated from male thought patterns refuse to participate in their own oppression and in the oppression of their children. They refuse to accept abortion, which denigrates the life-giving capacity of women. They strive instead to create a world that recognizes the moral superiority of maternal thinking and is, therefore, gentle, loving, nurturing, and prolife. Every abortion frustrates this goal and perpetuates the patriarchy. Liberated women will not cooperate. They refuse abortion and all it represents.

This article appeared in the Fall 1996 issue of Eternal Perspectives.

What Happened at the Ten Year Mark of the Judgment Against You?

Randy Alcorn answers the question,"What happened at the ten year mark of the judgment against you?" at the 2011 Kingdom Advisors conference with Ron Blue.

Randy Alcorn answers the question, "Does being prolife mean we choose caring for babies over caring for women?" (On Midday Connection with Melinda Schmidt.)

I am not a brave person. More often than not, when God has a difficult assignment for me, I pull a Moses: “I can’t, Lord!...why me???” Recently He gave me a chance to stretch a little. 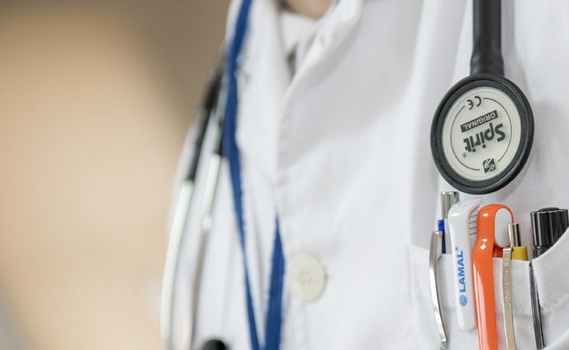 Is Offering Abortion an Act of Heroism?

I cringe to think of those who will stand before the Almighty having prided themselves in the killing of children.
Invest in Eternity