The following nine minute testimony was shared in the services of Good Shepherd Community Church January 18 & 19, 1997. Diane shared this in the middle of a message on unborn children given by Randy Alcorn.

When I was 17, I found myself apart from my family, involved in an unhealthy relationship with a man and pregnant—which was something I didn’t want to think about or deal with.

Eventually, though, I did go down to Lovejoy abortion clinic in Portland to make an appointment to have an abortion. I made this decision because I had no desire to be a mother, and quite honestly, because I was terrified of going through the pain of labor. I just didn’t think of it as being wrong.

When I was examined I was found to be 24 weeks, or six months, pregnant. But I was assured that although I couldn’t have a simple clinical abortion, I could still have one done at a nearby hospital. I agreed. I would have done anything to not be pregnant, and I showed up at the hospital on the scheduled day.

I was placed, along with about a dozen other young girls, in a large basement ward which was lined with cots. There, we received a saline injection in our abdomens which was designed to kill our unborn babies and expel their tiny bodies.

I will never be able to forget the sights or sound burned into my mind on that day. After a few hours of labor, we all began to lose our babies.

When the girl on my right lost hers, she began shrieking and screamed for the nurses to "get that away from me!" as she crawled backwards up her bed. The girl on my left cried quietly and asked the nurses if hers was a boy or a girl.

I felt a violent lurching sensation as the baby slid from my body. It is so sad to me that the only memory I have of my child is that of a small, still huddled form covered in blood laying on the white sheet of my cot.

When I left the hospital, I determined to put this horrible episode behind me, never thinking about it, never talking about it.

My relationship with my boyfriend, never strong, was now almost nonexistent. About this time, some friends of mine introduced me to the pastor of their church. His name was Randy Alcorn. When he saw my precarious living situation, he invited me to come and live with himself, his wife Nanci, and their daughter Karina. While living there, I sensed the extraordinary joy in their existence and I wanted that too. So I accepted Christ as my Savior. Unfortunately, I was already pregnant again. Knowing that I would never go through a late-term abortion, I decided, with the full love and support of Randy and Nanci, to give my baby up for adoption.

But I was completely unprepared for the feelings of awe that overwhelmed me when I give birth to a healthy baby boy. I was, however, content with my decision to give him up to a childless Christian couple.

Afterwards I moved out on my own, eager to begin my life as a new believer at Good Shepherd. I became involved with the college-age group, attended a weekly Bible study and weekly functions, as well as church on Sundays. I met a lot of really neat people, including a guy named Rod, who became my boyfriend.

I wish I could end my story there, but I can’t. Though I had accepted Jesus as my Savior, I hadn’t put my sinful lifestyle behind me. I became deeply involved with Rod and I became pregnant again. If anyone could die of shame, I would be dead. I was so scared everyone would find out and see what a phony Christian and failure I was. I was too scared to tell Rod. I knew he would marry me, but then he would have to tell his parents that I was pregnant. I was so ashamed. My only option seemed to be abortion. So I went down to Lovejoy and had it done, never giving a thought to our baby. I would never tell anyone what I have done. I would go to my grave with this secret.

Time passed and my secret remained deeply buried. Eventually Rod and I married, we had two kids, Josiah and Amy, we bought a house, attended Good Shepherd Church and Growth Groups. But something was wrong.

My hidden sin held God at arms length. I couldn’t grow as a believer because I would never let God close to me, afraid he would see me as I really was, sinful and ugly.

One day when I had been married for eight years, God decided it was time for me to come to know him better. I felt an intense, growing awareness of the Lord. I was totally overwhelmed by the incredible knowledge of His love. I felt chosen, special, humbled and loved, not because of what I had or hadn’t done, but simply because it was His pleasure to do so. For a week I was compelled to immerse myself in scripture and constant prayer. And for the first time in my life I fell in love with my God.

At the end of the week I was praying in my room. I prayed, “Lord, I asked you into my life a long time ago but I never understood about wanting to give something back. I’m willing to die for you.” No sooner had the words left my lips when my horrible sin rose up before me. I fell to my face on the carpet and wept as all the years of deceit and hypocrisy paraded before me. I cried even harder as the truth of having murdered my own children slammed into me.

When I went to Rod, I began by saying how sorry I was, over and over. I just couldn’t say the words that would tell him that I had taken the life of his first child. If you know Rod, you know how he loves babies.

When I finally got the words out, Rod lay his head in his arms at the table. I remember looking at him suffering from this horrible loss, and all I wanted to do was reach out and comfort him. But I couldn’t touch him. I felt so unclean, I was the one who had done this to him.

When he finally looked up, Rod tried to take my hand in his but I pulled away. He caught it and held on. Then he asked me to forgive him.

I was stunned. I couldn’t say anything. He hadn’t responded like I thought he would, like I deserved. Instead he accepted his responsibility in everything and asked me to forgive him. We cried and we asked each other and the Lord to forgive us.

The consequences to what I’ve done are great. I wonder about the children I lost to “choice” and see who they might have looked like in the smiles of Josiah and Amy. Sometimes I think I can almost hear them. But comforting me through it all is the awesome knowledge the Jesus blood fully paid for my debt and that He loves me completely.

For more information on this subject, see Randy Alcorn's books Why ProLife? and ProLife Answers to ProChoice Arguments. 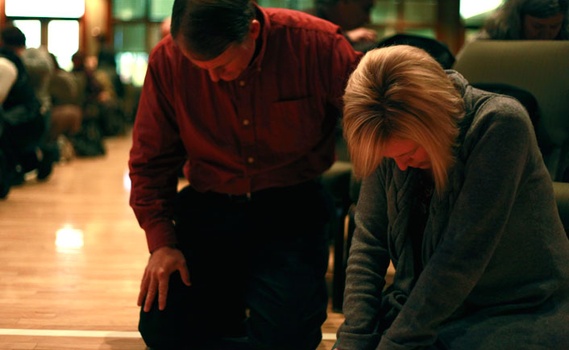 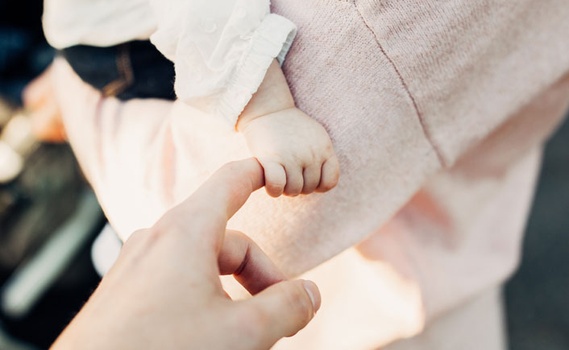 A Sanctity of Life Message

article January 18, 1997
The following are my message notes from the Good Shepherd Community Church services of January 18 and 19, 1997. Pastors and all others communicating on this subject are welcome to use this material.
Invest in Eternity