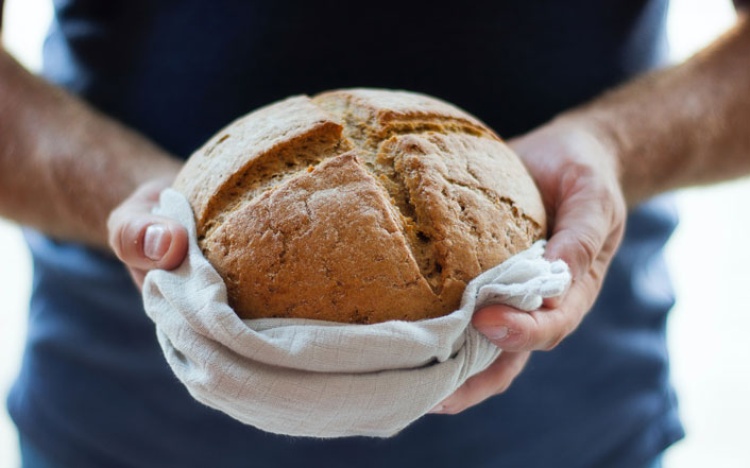 Read Acts 2 and Acts 4 and you see a radical difference in the church, a profound transformation in the way people treated each other. Christians were different in the way they behaved, in the way they lived. They were characterized by visible acts of love and generosity and joyous sacrifice for the good of others.

Acts 4:32-33 says, “All the believers were one in heart and mind. No one claimed that any of his possessions was his own, but they shared everything they had. With great power the apostles continued to testify to the resurrection of the Lord Jesus, and much grace was upon them all.” The truth of the resurrection and the grace of generous living—truth was what they believed and spoke and grace was how they lived. After the similar description in Acts 2, where we’re told the believers sold their possessions to help the needy, it says “And the Lord added to their number daily those who were being saved.”

The grace they gave was an echo of the grace they received. As thunder follows lightning, our grace to others follows God’s grace to us.

Two ingredients combined to make this impact on the world: truth and grace. The truth, the teachings and doctrines of the church, was the ethical foundation of right and wrong. And the grace of God, which granted them forgiveness and empowered them to forgive others, enabled them to embrace what was good and turn away from what was bad. That is the heart of ethics—discerning and living out what is good while rejecting what is bad.

When the world heard and saw the distinctive ethics of the early Christians—what they believed and how they lived truth and grace—people were drawn to the living God.

Colossians 1:6 says “All over the world this gospel is bearing fruit and growing, just as it has been doing among you since the day you heard it and understood God’s grace in all its truth.”

The gospel is characterized by grace and truth. But grace and truth are not just part of a religious system. They are both embodied in Jesus Christ. John 1:14 says, “The Word became flesh and made his dwelling among us. We have seen his glory, the glory of the One and Only, who came from the Father, full of grace and truth.”

The word translated “made his dwelling” is the word for “tabernacled.” Christ tabernacled among us, picturing him as the dwelling place of God on earth. God’s glory no longer dwelt in a building, the temple, but in Christ. He was the holy of holies. But when he ascended he deposited the shekinah glory of God in us—we became the living temples, the holy of holies, both corporately as churches (1 Cor. 3:16-17) and individually as Christians (1 Cor. 6:19).

John tells us, “For the law was given through Moses; grace and truth came through Jesus Christ.”

The law was righteous but it had no power to transform us. It was necessary, but not sufficient. Jesus brought us what no law, no list of rules—no matter how righteous—could bring us. He brought us grace and truth.

The world today is desperately hungry for two things—truth and grace. It is not enough for us to offer them one—if we are to be true Christians, we must offer them both. Today you can make a case that the church is simultaneously too hostile to the world and too friendly to it. Sinners wanted to be around Jesus, but today they don’t want to be around the followers of Jesus. Why?

On the other hand, when the church tries to make itself a place where sinners are comfortable, the distinctives of Christianity are sacrificed. The church becomes one more social club that helps people feel good but fails to help them be good. Why? Because in the one case Christians emphasize truth but neglect grace. In the other case they emphasize grace but neglect truth.

Now, finding this balance isn’t easy. In the past I’ve intervened on behalf of children at abortion clinics and been arrested and gone to jail for peaceful nonviolent civil disobedience. One of the consequences of that was having to step out of pastoral ministry when one of the clinics tried to garnish my wages from the church. I believed and still believe the truth that unborn children are created in the image of God and that truth has compelled me to say and do things that are not popular not only among nonchristians but many Christians. I’ve always tried to represent the truth in a spirit of grace, but not everyone sees it that way.

Years ago my church, Good Shepherd Community Church, was picketed by thirty protestors because some of our people went down to Lovejoy abortion clinic and sidewalk counseled. We offered women alternatives to abortion and shared the gospel with them and sometimes held up signs encouraging them to reconsider their decision and let their babies live. So three pro-abortion groups decided to combine forces and give us a taste of our own medicine. (The groups were Radical Women for Choice, Rock for Choice and Lesbian Avengers.)

We heard they were coming so we set out donuts and coffee for them and tried to strike up conversations. I spent an hour and a half talking with a man named Charles who was holding a sign saying “Keep Abortion Legal.” I gave him coffee and when it started raining I held an umbrella over him. We talked a bit about abortion, but most of the conversation was about Christ. I shared the gospel with him start to finish, he gave me his address and I sent him a couple of my books and some other gospel material.

Now, I really liked Charles. But when you believe as strongly as I do that abortion is the killing of a child, it’s a bit awkward serving coffee and holding an umbrella for someone who is holding a proabortion sign—imagine if they were holding a sign saying “Legalize rape” or “Let’s kill black people.” To me, it’s the same thing. Yet, because of the opportunity to share the love of Christ, his truth and his grace, I felt it was the right thing to do. As truth sometimes puts us in awkward situations, so does grace.

The morning we were being picketed, some brothers had heard about it and showed up wearing sandwich boards that talked about sin and hell. Their message content was biblical. However, there was a bit of a philosophical difference. One of the street preachers barged between my daughter and me and a few of the Lesbian Avengers just as I thought we had a chance to open a conversation with them. Several of us spoke with the street preachers; most cooperated but a few decided we were compromisers waffling on the truth and that it was an abomination for us to be giving donuts to people who needed to be confronted with their sin.

A few letters were exchanged that week and the following Sunday two street preachers came to our church and picketed us.

When you stand for truth you get picketed by some nonchristians, and when you try to demonstrate grace you get picketed by some Christians. With some you may be way too radical, with others not nearly radical enough. So you have to decide you’re not going to live for the applause of one particular group, but live out your life before the Audience of One, your only final and ultimate Judge.

Excerpt from the article "Truth and Grace in the Age of Lies." For more on this subject, see Randy’s book The Grace and Truth Paradox.

Photo by Kate Remmer on Unsplash

audio May 6, 2011
Full length interview of Randy Alcorn with "Bible Answer Man" Hank Hanegraaff. This interview focuses on The Grace and Truth Paradox. (2003) 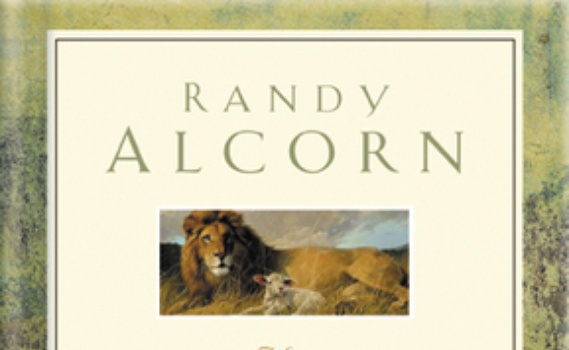 Grace and Truth Resources for Pastors and Group Leaders

article April 26, 2010
Resources pastors and group leaders can use on the subject of grace and truth.

The Grace and Truth Paradox: Luke 15