Is Christ Really the Only Way? 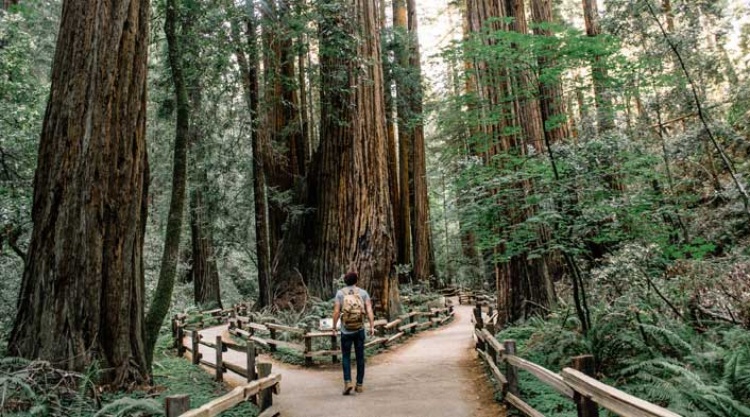 A question from a college student, answered by Randy's daughter, Karina, when she also was in college.

I am a senior studying electrical engineering at a California university. I was raised by a Christian family and attended a Christian school up until college.
Maybe it was my exposure to secular education that first caused me to question the fundamentals of my beliefs, though I would like to say it was the rational part of me that naturally led me to question. I don’t like to use the word brainwashed, but I realize it was a one-sided story that was told to me from birth. In other words, as I suppose many fundamentally Christian families raise their children, I was not exposed to other world religions.
At the suggestion of my mother, I’ve been reading Deadline. It would be an understatement to simply say she liked it. In fact, she alone might account for a percentage of the copies sold. I know she bought many copies for her friends as well.
Under the assumption that you are a Christian, your portrayal of heaven is consistent with theistic beliefs and opinions, as is evident in Deadline. My question is, how can you be certain that the Christian God is the correct choice? In other words, the Hindu or Muslim believer would not agree with your portrayal of God or heaven. Neither would the Buddhist, the Taoist, or the other thousand religions encompassed in the world.
Had I been born and raised in India a hundred years ago and stumbled across Deadline then, needless to say I would not believe a word of it. I mean, it seems all too obvious I could have been a Buddhist just as easily as I could have been Christian were I born in China. As you know, this is not a new philosophical question, but it is not one that I believe has been reasonably answered.
I’m not asking you to sell me on Christianity. I believe it myself. I would just like you to give me your opinion or maybe even some insight on this issue. I question this issue because it has some startling implications into Christian evangelism. For example, is it right for the Christian to preach the Word of God, not knowing themselves if their God is THE God?
Furthermore, should Christians not acknowledge to the “unpeople” (www.epm.org) the possibility of other religions, allowing each individual to independently choose from the entire spectrum of religions? To be honest, I think this is how it should be done regardless of my monotheistic view of God. Shouldn’t everyone be at liberty to choose with the benefit of knowing the entire picture, not a biased and one-sided picture?
I could explore a thousand tangents to this subject, but I realize you must be very busy. If you would respond to any of this at all, I would be very appreciative and grateful. Thank you very much for your time.

Randy asked me to write out a few of my thoughts for you. I’m Randy’s daughter, Karina, and I’m a junior at The Master’s College in Valencia, CA. Like you, I was raised in a Christian home and attended a Christian grade school and middle school, but I went to a public high school.

In the last year, I’ve had the privilege of living and studying in China for three weeks, Israel for 3 1/2 months, and Turkey for two weeks. Needless to say, I gained some first-hand exposure to both eastern religions (Buddhism in China) and the monotheistic traditions (Judaism, Christianity and Islam in Israel and Turkey.) I’ve also taken a World Religions class at school where we focused primarily on the eastern schools of Hinduism. There sure are a lot of different approaches to religion out there! Along with you, I sometimes find myself thinking: “I could have been a Buddhist just as easily as I could have been Christian were I born in China.” And that’s when I have to take a long, hard look at my Christianity.

If I’m a Christian just because my parents and grandparents were Christians, then it’s meaningless to me. It’s nothing more than an outward cultural expression. Most of my friends that I met in China were atheists. If they were going to claim a religion, they would say they were Buddhists because it was part of their culture, but they didn’t really believe in Buddhism. They saw it as a superstition. Islam is also very cultural in Turkey. One of my friends there told me that she was Turkish/Muslim and I was American/Christian. She didn’t believe me when I told her that I know Americans who are Muslim and Turks who are Christians. To her, it was just part of her culture.

I don’t know about you, but I sure don’t want to base my eternal well-being on a cultural expression of religion! If it’s okay for Turks to be Muslim and Chinese to be Buddhist and Europeans to be Christians and we all end up in the same place, then what’s the point? Why even bother with religion?

But, I’ve also learned that Christianity is a whole lot more than a cultural phenomenon. After all, the first Christians weren’t Europeans, they were Jews. There was a thriving Christian community in Africa centuries before Europe was ever “civilized.” I’ve had the privilege of seeing believers in Jesus all over the world, in totally different cultures, worshipping the same God. The Lord promised Abraham that through his seed, all the nations of the world would be blessed! And He kept that promise by sending Jesus Christ, God in the flesh, to die for the sins of the world. (Not to found a sectarian religion for western culture.)

It’s arrogant for me to say that I have the only way to God, right? Sure is, if I’m the one who came up with the idea. But if God says there’s only one way to eternal life, then I had better listen. And I had better tell others, too. Jesus said, “I am the way, the truth and the life. No one comes to the Father except through me” (John 14:6). That seems like a narrow-minded version of the truth. But when you think about it, God is a whole lot smarter than you or I. Just because we don’t understand His way of doing things, doesn’t mean that God made a mistake. “‘For my thoughts are not your thoughts, neither are your ways my ways,’ declares the Lord. ‘As the heavens are higher than the earth, so are my ways higher than your ways and my thoughts higher than your thoughts’” (Isaiah 55:9).

There is no way that we could understand God’s ways unless He chose to reveal them to us. And He did, in the Bible. Throughout the course of human history, God has intervened. He has gradually revealed His plan of salvation down through the centuries. This unfolding drama of redemption is meant to bring Him glory; after all, He is the Creator, and we are the creatures.

I would encourage you to go back and read the gospel of John. Read about Jesus Christ and who He is. Read about the way He broke down cultural and religious barriers. You have spent a lot of time studying for a career, but how much time have you spent studying God’s Word? If the God of the Universe took the time to stoop to our level and express Himself in a way we can understand, we should be diligent to read and study that Word.

Being a Christian is not about a cultural or a family tradition. It’s a decision each person has to make for him or herself. Have you ever submitted your life to the will of God? Have you given Jesus Christ control of every aspect of your life? Are you living to please Him or to please yourself? I know these questions may seem harsh, but they come from a sincere heart. If Christianity is true, then we should be diligent to spread the news of Jesus Christ to all the world. But if it is not the only way to God, then we should reject it entirely because that is what it claims to be.

Jesus doesn’t allow us to dismiss Him as just one more religious leader. He forces us to make the choice of either rejecting Him and His message altogether, or embracing Him fully. There is no middle ground.

One of your main questions was about Christian evangelism. It’s impossible to separate true Christianity from spreading the gospel of Jesus Christ. After all, it’s commanded in the Great Commission. We are to make disciples of all nations, baptizing them and teaching them everything Jesus commanded us. In 1 Peter, we are called “aliens and strangers.” This world is not our home. Once you and I committed our lives to God and accepted Jesus’ atoning death on our behalf, we were transferred from the kingdom of darkness to the kingdom of light. Now we have the responsibility and the honor of showing our fellow human beings the one true way of salvation.

It would be arrogant of us to go overseas and try to change a whole culture to make it fit with western Christianity in the name of “evangelism.” But it would be cruel and wrong of us not to share the truth of the gospel for fear that we offend others by demeaning their local religion. You’re right in saying before we share the gospel with people we had better be sure we’re not giving a biased, one-sided picture. If we’re not certain of the truth of the gospel, we have no business trying to share it with other people.

I have seen the transforming power of God in my own life and in the lives of my friends and family. I have seen that being a follower of Jesus Christ is not about following a cultural religion. In fact, at times it’s quite counter-cultural. I’ve seen that the family of God can and does include people from every tribe, tongue and nation. I have a lot more in common with a tribal woman in Africa who has accepted the free gift of salvation than I do with my religious neighbor who is trying to earn her way to heaven.

I hope this sheds some light on the things you’ve been considering lately.

Photo by Caleb Jones on Unsplash 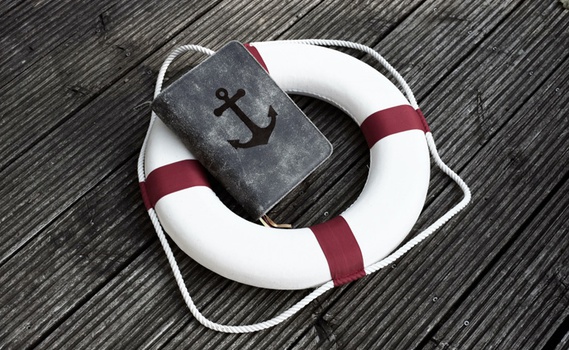 How Do I Respond to a Friend Who Thinks People Who Don’t Know Jesus But Have Good Hearts Go to Heaven?

article July 7, 2022
God defines what a “good heart” is, and His standard is perfection, something we could never, ever achieve on our own. Nothing less than accepting His offer of salvation and trusting His ability to cleanse our hearts will suffice.

video May 29, 2013
Randy quotes Matthew 7:13-14 and C.S. Lewis and talks about the sobering truth that there is no salvation apart from Jesus. This video clip was excerpted from Randy's Eternity 101 DVD class, available at http://www.epm.org/store/product/eternity-101/
Invest in Eternity