It Is Never Right to Be Angry with God

Recently I said those words to a group of several hundred people: “It is never, ever, ever, right to be angry with God.” As I looked out on the people there was an incredulous look on many faces. This was not landing well. Clearly many did not agree. This was confirmed in a question-and-answer time, when one person asked from a microphone, “Would you say something more about not being angry with God? Did you mean to say that it is never right to be angry with God?”

My answer was, “Yes, that is what I said. But perhaps you are stumbling over something you think I said which I didn’t say. So let me add this: If you are angry with God, it is never right not to tell him so.” This made some people scratch their heads again and look more puzzled. It puzzled me that they were puzzled. So I said it again another way: “If you are sinning by being angry with God, don’t compound the sin by hypocrisy.” The perplexity stayed on many faces. So I said it again: “If you sin by being angry with God, don’t add to it the sin of trying to conceal it from him. That would double the offense.”

Some were obviously tracking with me, but others looked baffled. At that point, I left it and went on to another question. But I have been thinking about those baffled looks ever since. Why was this so difficult to grasp? What assumptions were out there that made two simple statements so baffling. “It’s never right to be angry with God.” And: “It’s never right to hide your anger from him, if you feel it.” To me nothing could be more obvious. Why is this so non-controversial to me and so baffling to some others?

Here are two possible assumptions that may be common in many heads today, which would make them balk at what I said.

First, many assume that feelings are not right or wrong, they are neutral. So to say that anger (whether at God or anybody else) is “not right” is like saying sneezing is not right. You just don’t apply the labels right and wrong to sneezing. It just happens to you. That is the way many people think about feelings: they just happen to you. Therefore, they are not moral or immoral; they are neutral. So for me to say that it is never right to be angry with God is to put the feeling of anger in a category where it doesn’t belong, the category of morality.

This kind of thinking about feelings is one of the reasons there is so much shallow Christianity. We think the only things that have moral significance in the world are acts of volition. And we think feelings like desire and delight and frustration and anger are not acts of volition, but waves that break on the shore of our souls with no moral significance. Small wonder that many people do not earnestly seek to be transformed at the level of feelings, but only of “choices.” That makes for a very superficial saint (at best).

This assumption is contrary to what the Bible teaches. In the Bible, many feelings are treated as morally good and many as morally bad. What makes them good or bad is how they relate to God. If they show that God is true and valuable, they are good, and if they suggest that God is false or foolish or evil, they are bad. For example, delight in the Lord is not neutral, it is commanded (Psalm 37:4). Therefore it is good. But to “take pleasure in wickedness” is wrong (2 Thessalonians 2:12), because it signifies that sin is more desirable than God, which is not true.

It’s the same with anger. Anger at sin is good (Mark 3:5), but anger at goodness is sin. That is why it is never right to be angry with God. He is always and only good, no matter how strange and painful his ways with us. Anger toward God signifies that he is bad or weak or cruel or foolish. None of those is true, and all of them dishonor him. Therefore it is never right to be angry at God. When Jonah and Job were angry with God, Jonah was rebuked by God (Jonah 4:9) and Job repented in dust and ashes (Job 42:6).

The second assumption that may cause people to stumble over the statement that it is never right to be angry with God is the assumption that God really does things that ought to make us angry. But, as painful as his providence can be, we should trust that he is good, not get angry with him. That would be like getting angry at the surgeon who cuts us. It might be right if the surgeon slips and makes a mistake. But God never slips.

So I say it again: It is never right to be angry with God. But if you sin in this way, don’t compound it by hypocrisy. Tell him the truth and repent. 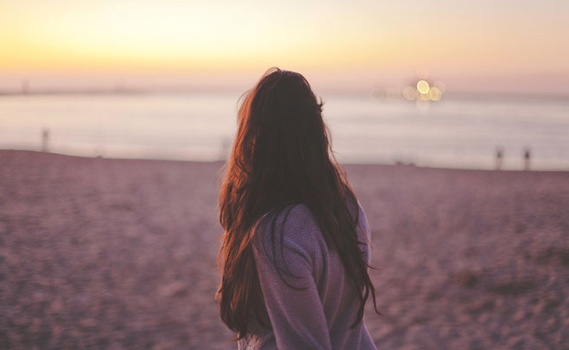 Is It OK to Be Angry with God over Difficult Things?

article February 20, 2019
Having strong emotions about a situation is understandable, and certainly emotions in and of themselves aren’t bad. I think there’s value in honestly confessing to God our feelings of hurt, resentment, and anger. However, we should direct our emotions (including blame) toward the proper object of our sadness, disappointment, and discouragement.

Is it Important to Move Past Anger at God?

audio October 12, 2010
In this eight-minute clip, Randy Alcorn answers the question,"Is it important to move past anger at God?"
Invest in Eternity