Pondering the Primacy of Being Created in the Image of God 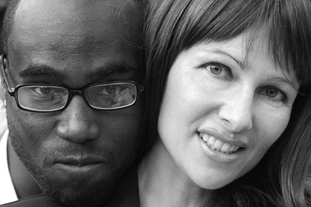 If we think that issues of race and racism in America were settled with the civil rights movement in the sixties, we are not awake to the real world. Take just one angle, transracial adoption. As controversial as they are, Richard Neuhaus’s words at least show that the issue is alive, well, and in need of biblical treatment:

“In recent years all kinds of policies and procedures have been put into place making interracial adoption impossible or extremely difficult. Such policies must be called what they are. They are racist. Hundreds of thousands of children have their lives blighted by being shuffled from place to place in foster care while millions of American couples yearn to adopt them. Couples pay many thousands of dollars to have people search out children in Asia and Latin America, while ideologically driven social workers and psychologists here at home tell us it is better for a child to die in a drive-by shooting than to have his “black identity” confused because he is adopted by white people. This is madness and cruelty of a high order.” (“Counting the Race,” First Things, No. 60, February 1996, 78)

For starters, then, let us ponder these eight biblical truths:

1. God designed all ethnic groups from one human ancestor.

“[God] made from one, every nation [pan ethnos means ‘every ethnic group’] of mankind to live on all the face of the earth.” (Acts 17:26)

2. All members of every ethnic group are made in the image of God.

“God created man in His own image, in the image of God He created him; male and female He created them.” (Genesis 1:27)

3. In determining the significance of who you are, being a person in the image of God compares to ethnic distinctives the way the noonday sun compares to a birthday cake.

4. The prediction of a curse that Noah spoke over some of the descendants of Ham is irrelevant in deciding how the black race is to be viewed and treated.

“When Noah awoke from his wine, he knew what his youngest son had done to him. So he said, ‘Cursed be Canaan; a servant of servants he shall be to his brothers.’” (Genesis 9:24-25)

The prediction is that the Canaanites will eventually be overpowered by the descendants of Shem and Japheth, which they were when the Israelites took possession of the Promised Land. Canaan is the one son of Ham who is not the ancestor of African peoples (Genesis 10:15-18). So the curse doesn’t fall on the African peoples but on the Canaanites.

5. It is God’s purpose and command that we make disciples for Jesus Christ from every ethnic group in the world, without distinction.

“All authority has been given to Me in heaven and on earth. Go therefore and make disciples of all the nations, baptizing them in the name of the Father and the Son and the Holy Spirit, teaching them to observe all that I commanded you; and lo, I am with you always, even to the end of the age.” (Matthew 28:18-20)

6. All believers in Jesus Christ, of every ethnic group, are united to each other not only in common humanity in the image of God, but even more, as brothers and sisters in Christ and members of the same body.

“Just as we have many members in one body and all the members do not have the same function, so we, who are many, are one body in Christ, and individually members one of another.” (Romans 12:4-5)

“See how great a love the Father has bestowed upon us, that we should be called children of God; and such we are.” (1 John 3:1)

7. The Bible forbids intermarriage between believer and unbeliever, but not between members of different ethnic groups.

“A wife is bound as long as her husband lives; but if her husband is dead, she is free to be married to whom she wishes, only in the Lord.” (1 Corinthians 7:39)

This is the New Covenant application of the Old Testament warnings about intermarrying with the pagan nations. For example, Deuteronomy 7:3-4: “You shall not intermarry with [the nations]; you shall not give your daughters to their sons, nor shall you take their daughters for your sons. For they will turn your sons away from following Me to serve other gods; then the anger of the Lord will be kindled against you.”

The issue in intermarriage is fundamentally religious and not racial. Will you unite your heart and life to a person who does not love your Savior? That is the question.

8. Therefore, against the spirit of indifference, alienation, and hostility in our land, let us embrace the supremacy of God’s love to take new steps personally and corporately toward racial harmony, expressed visibly in our communities and in our churches. 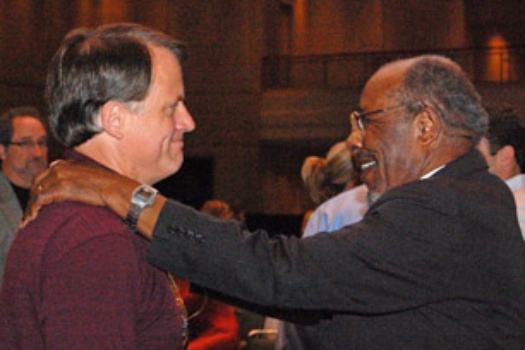 Where Redemption and Justice Meet

Justice is the foundation of God’s throne, and justice was the motivation for our redemptive process.
Invest in Eternity