Post-Abortion Trauma in Men: Finding Healing for a Hidden Problem 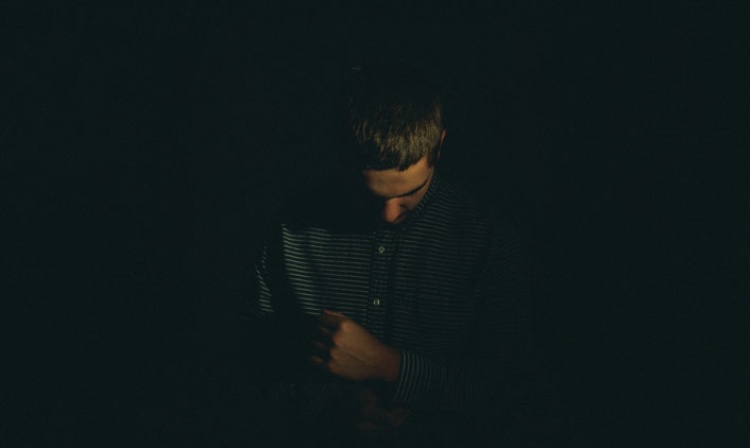 It’s like the tip of an iceberg, a sharp, damaging, external protrusion that, no matter how much pain it inflicts, only represents the much bigger problem beneath the surface. What is so fierce that it can sink the seemingly hardiest of men, or at least flood a chamber of his heart and debilitate him for life? Abortion.

“I tried to cover up the pain,” says Steve Van Hoff, who fathered a child at age 16 with a 15-year-old neighbor. The girl’s father demanded that the baby be aborted. The combination of Van Hoff’s actions and the father’s “solution” set the spiritual, mental, and emotional stage for decades of anguish.

“I lost respect for authority,” Van Hoff says. “I had a very quick temper, and anger turned to rage. I drank, and my life was a series of broken relationships with women. It led to a life of sexual, sinful exploits without finding intimacy. I was totally self-centered.”

There have been an estimated 35 million abortions since Roe v. Wade made abortion legal 30 years ago. One participant, the father, is often ignored.

“There are a lot of people walking around on drugs or alcohol, or living sexually immoral lifestyles, because the level of trust is broken,” Van Hoff says. “When you diminish a life to nothing, it wipes out all the other areas of trust and intimacy.”

But this is not a case of out of sight, out of mind and heart, even though most men would like to think so. “Men are much better at compartmentalizing and ignoring issues,” Reid says.

Post-abortion stress can affect men regardless of the circumstances of the abortion. “A lot of men know their baby was aborted,” Reid says. “They either passively let it happen, or they may have pressured the woman to do it. Perhaps they paid for it, or drove her there. Or they may not have wanted her to have the abortion, and she did it anyway. Whether complicit or not, a man is tempted to put away the related emotions because they are too hard to deal with.”

David Hazard and the late Guy Condon wrote in Fatherhood Aborted that the symptoms of post-abortion trauma in men could include difficulty with commitment, dodging authority, no solid sense of identity, working to impress moral leaders, keeping women at bay, having trouble bonding, fear of impending tragedy, failure to own mistakes, and feelings of inadequacy as a leader.

Men may even consciously or subconsciously try to “make up” for their mistake, as Van Hoff did. “I’d been trying to find a way to work my way right with God,” he said. He got involved in the prolife movement, working as a sidewalk counselor and even blocking the entrances to abortion clinics. Sidewalk counseling was particularly effective. “I saw success in that, people turned away, and lives were saved,” he said.

Though God used something terrible (the abortion) to bring about something good (Van Hoff’s work in the prolife movement), it still didn’t deal with the problem. He thought, “This will help me. I can work my way into right living. I can somehow make up for the life of this child.”

Awareness of the problem usually doesn’t come for several years, even as long as 12 to 15 years. “It is generally later because the initial rationalization led them to ‘fix’ the problem, and it initially feels pretty good,” Reid says.

Van Hoff’s awareness of the root of his problem came gradually, beginning when he married and extending through his relationship with their four children, now ages 20 to 6. Recognition of post-abortion stress is easier in women than men, because there are more natural markers.

“For women, it often happens when they get pregnant later,” Reid says, “or when they are around their nieces or nephews and begin to think, ‘My baby would be X years old.’”

The same type of recognition can come in men, but it is less certain. “Men tend to act out more with substance abuse or by hurting themselves,” Reid says. “They might also be physically aggressive toward their current partner, or they might be in depression. Hopefully, reading an article or some other mechanism will help them say, ‘Maybe this behavior is connected with the abortion.’”

Finding Help for the Real Problem

How do friends and family encourage men to face the real issue? Here are some ideas:

• First, pray. Pray for recognition of the root problem by the man involved. Pray for an opening to discuss it with him. Pray for the Holy Spirit to draw him to repentance, and thus to healing.

• Read Condon and Hazard’s book, Fatherhood Aborted (Tyndale House, July 2001). This book will enlighten and equip a friend or family member to help. Buy a copy of the book for a friend who has fathered an aborted child. Understand that he may not read it now, but may later. To read it is a major step toward recognition.

• Refer him to a Pregnancy Resource Center (PRC), and explain that an increasing number of them have resources for men. Call a PRC and discuss the specific case confidentially with a counselor, gleaning advice from them. Encourage the PRC to begin support groups for men, if it has not already.

• PRCs have long offered Bible-study-based, weekly support for post-abortive women. “About five years ago, a few started providing groups for men,” Reid says. “It’s pretty new.” He estimates that of approximately 2,500 PRCs in the United States, only about 50 have a formal program for men.

“More centers now are saying, ‘We haven’t done that in the past, but there’s a valid need and we’re trying to figure out how to get the resources and start,’” Reid says. “Still some are saying, ‘There may be a need, but we’ve got our hands full with women.’”

The results are worth the effort to seek out hurting men and provide help. Van Hoff is proof. He leads a small group called HEART (Healing and Encouragement Through Abortion-Related Trauma) through the PRCs in Portland, Oregon.

“I believe I had asked God’s forgiveness, but I had never forgiven myself,” says Van Hoff, who is willing to travel across the country in support of HEART groups. “What I found through this ministry was a way to safely transition from the consequences of the abortion to the peace of Christ. I began to understand the Father’s heart, how He loved me so deeply and intently, and it enabled me to open up in relationships with my children and family in a way that I was having a hard time doing.”

Part of Van Hoff’s healing process involved writing a letter of apology and forgiveness to the woman who carried his baby, and giving the baby a name and memorial place. Upon making the decision to do those things, God spoke with clarity and power as only He can. “Almost 30 years [after the abortion], she called me on the phone, the same night I was writing her a letter, to ask if it would be OK with my wife if she sent me a similar letter,” Van Hoff says, wonder and amazement still evident in his voice. “I told her I’d like to give the baby a name and asked her if she had thought about that. She said she had. She said she knew it was a boy and that she had been thinking of “Joshua.”

“What happened says to me that God is so personal, that He cares about every detail of my life, that He’s a God of details and relationships. He answers the prayer to heal relationships,” Van Hoff says.

If you would like more information on the HEART program in the Portland, OR area, call the confidential phone line, 22-HEART. For other programs nationwide, contact your local PRC or CareNet at 703-478-5661.

(Victor Lee is a Christian journalist and Minister of Single Adults at First Baptist Concord in Knoxville, TN. This article is from the June 2002 issue of HomeLife Magazine, ©Copyright 2002, LifeWay Press. Used by permission. For information about HomeLife Magazine, visit www.lifeway.com/n/Product-Family/HomeLife-Magazine.)

Photo by Jordan Whitfield on Unsplash

video June 3, 2010
Here’s a video I just watched that speaks for itself, in any language.

Is an abortion anyone else's business?

audio April 21, 2010
Randy Alcorn addresses the argument that "an abortion is no one else's business." (on Midday Connection with Melinda Schmidt)

Why are there support groups for those who have had abortions?