One Father's Response to the Tragic Death of His Son

I have recently read your book, In Light of Eternity. I must say it is the best book I have ever read on the subject of heaven. It especially ministered to me at this time in my life. On June 20, 2004 my father died of a brain aneurysm. My dad wasn’t a Christian, but I had a providential opportunity to share the gospel with him. Chapter sixteen, “A Greater Miracle”, was a real joy to my heart. Though my circumstance wasn’t exactly the same as yours, it had many similarities.

On June 29, 2004, my youngest of four children was killed in a horrific motorcycle accident. Troy-boy, as we affectionately called him, was 17 years old, and was our last child at home. I am attaching a Letter to the Editor (“Reality Hurts”) which I wrote to our local newspaper that describes some of the details of this horrendous tragedy. I am also including a copy of a poem, “A Father’s Memory”, which I wrote about my son. This poem will give you a small flavor of what my son was like.

I had the privilege of preaching a sermon entitled “Dealing with the Loss of a Loved One” shortly after my son’s death. All of these things were happening, and then I received your book which both confirmed and informed me about the reality of “the place” we were made for. Your comment on page 48, “I expect heaven will be a place of “no ages” but of “all ages”, was a marvelous confirmation of what I had told my wife a day earlier about how we would view our son in heaven. Your comments in chapter fifteen about those in heaven seeing what happens here were invigorating, to say the least. The closing comment on page 101 was a beautiful ending to a glorious chapter, “The joys of heaven are not rooted in ignorance. They’re rooted in perspective.” Knowing that my son is now seeing a beautiful tapestry is a great comfort to my wife and I. Thanks again for your wonderful book.

I recently read two “Letters to the Editor” entitled “Respect Victim, Family” and “Crash Photo in Bad Taste”. The authors of those articles were both angry and disgusted at the graphic nature of two front page photos in The Eagle.

I can certainly appreciate the obvious concern that these people have for the families of the victims involved in those accidents. The horror and agony of losing a loved one in an accident is traumatic enough without having to see a graphic reminder of it in the daily newspaper.

I had the sad opportunity to drive by the motorcycle accident shortly after it had occurred. The grief that I and my wife felt at that time was beyond words to describe. Seeing it again in the paper caused us to relive a portion of that grief. So I for one can definitely understand and identify with the comments of the authors of those articles. However, in spite of that understanding, I would like to offer some other comments which I think need to be considered.

We live in a fallen world where tragedies like these take place every day. The reality of the hurt that they cause is certainly no secret. The existence of these horrific events will always be with us. We can do nothing to change that.

Keeping their pictures out of the paper won’t do away with them. Writing “a thousand words” about them instead of displaying one picture will not remove all the hurt they cause. Nothing that man can do is able to adequately deal with all the suffering that comes through these events. Granted the suffering may be decreased by a sensitive media, but regardless of how the accident is reported, the suffering will still be there.

I am only familiar with the motorcycle accident referred to in those articles, so my comments will be in regard to that incident alone.

Personally, I do not believe that The Eagle’s reporting of the motorcycle accident was insensitive. I believe that they simply reported some tragic information that was extremely difficult for everyone to face. Such is the case with every accident which involves the death of a loved one.

The pain that the immediate family has to experience is excruciating, to say the least. It is very much like a severe bee sting. No matter what you try to do to soothe it, it hurts at the beginning, and it continues with a gnawing pain afterwards. The initial shock of being informed that your loved one has died is overwhelmingly heart wrenching. The ongoing reality of no longer having a relationship with that loved one produces a grief that is equally devastating. Such severe pain and trauma go far beyond man’s ability to comfort.

I assure everyone that no delicate reporting of the details of the accident is going to soothe that kind of anguish. I can make that statement with all authority about this particular accident because it was my Troy-boy who died on that day. He was the youngest of our four children.

My wife said over and over as we headed to the hospital on that mournful day, “My baby, my baby.” His tragic death had the potential to send our family into an endless pit of sorrow.

But praise be to GOD, it didn’t! Thanks to the sustaining strength and tender mercy of my Lord Jesus Christ, my family has been sheltered from this wicked storm of grief. Death’s horrible sting has been vanquished by the abounding love of the One who conquered death for us all. My son is now resting in the everlasting arms of that One.

Interestingly enough, my Lord has prompted many of His people to pray for us with the article which was in The Eagle. Though the front page photo was graphic, the serious nature of the scene stirred the hearts of many to identify with the grief that my family was enduring. The part of the article describing my wife helplessly screaming out the window about the life of her precious son caused many people, especially mothers, to empathize with our plight.

I thank my God so much for the sovereign care that He has provided for my family at this most difficult time. It is simply astounding to see how He works good out of such tragedy.

My hope and prayer for anyone who is aware of my family’s loss is that they would realize some very important truths about this life.

We all live in the “land of the dying”. Death is an inevitable reality for every human being. Sometimes death may rear its ugly head in tragic accidents like these. Sometimes those accidents may be displayed by a form of media in an insensitive way. We cannot change the reality of that fact, but we can change how we react to that reality.

As you view the hurtful reality of death all around you, please remember that the God of the universe has provided a way to remove the sting of death forever. Through His marvelous plan He has robbed the victory of the grave. We no longer need to fear death or be debilitated by it.

We do indeed live in the “land of the dying”. But thanks be to God, all who repent of their sin and follow Jesus Christ will someday be in the “land of the LIVING”! Troy-boy and I hope to see you there. If you have any questions on further directions on how to get there, feel free to give me a call.

The Lord gave me a very special son

With whom I spent time and had so much fun.

The joy that he brought to me and my wife

Has given us memories that have so blessed our life.

Seldom would you see him without it in place.

He was always so happy, and a joy to be around

It was nearly impossible for anyone to frown.

When Troy-boy would talk with his sweet little voice

Smiling and laughter became your only choice.

As he grew older, his talents did grow

Oh how he was able to put on a show.

Walking on bowling balls in his bare feet

That boy was like no one you ever did meet.

He was able to master everything he would try

Oh when I think of him, I so want to cry.

I remember the time that he shot his first deer

It took all that he had not to let out a cheer.

Tennis was my game until I taught him

Oh did that boy know how to win.

He even beat me to heaven, and I can just see his face

Smiling, when he says, “Dad another second place.”

I can see his excitement as he shows me around

And we reminisce of the days that we had on this ground.

I can only imagine what that day will be like

When I can again hug my son and hold him so tight.

Though the joy that he left us resides deep within

I just can’t imagine our life without him.

But my God is great, and can do awesome things

I am so excited to see all the blessings he brings.

When God SCULPTS your life, this need not be

What the world seems to think is an ultimate tragedy.

God is so great that he can take what is bad

And turn it around and make your heart glad.

My son is no longer here in this place

But I know for certain I will again see his face.

My prayer this day is that everyone I meet

Would on this earth bow at the LORD JESUS’ feet.

Then theirs would be heaven, a place of great joy

And they can bask in the blessing with me and my Troy. 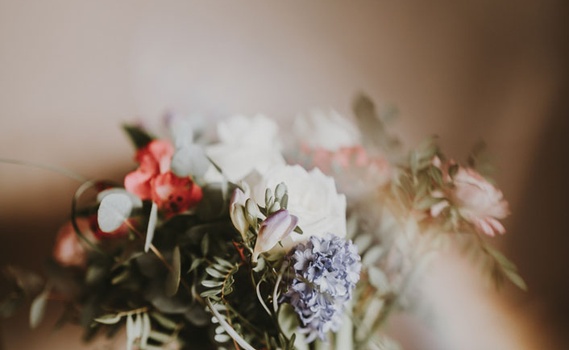 Is It Wrong for Us to Grieve the Death of a Christian Loved One?

article March 29, 2010
Though we mourn, our mourning should be mixed with worship of God and thanksgiving for the life of the loved one who has died.
Invest in Eternity