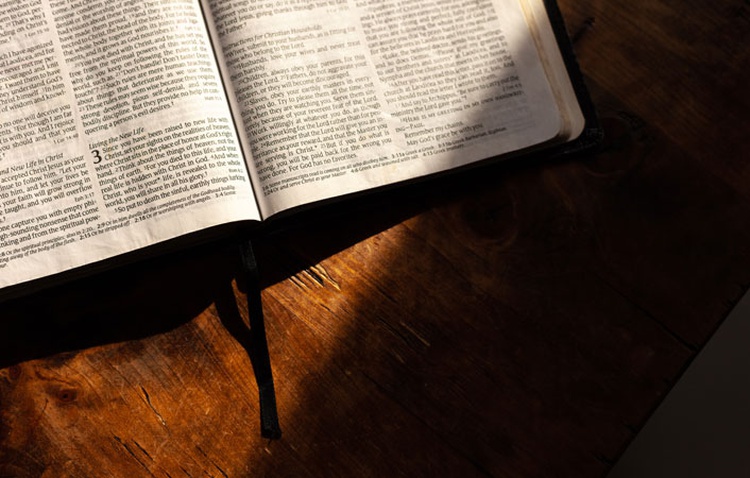 Biblical Christianity is fundamentally a relationship with Christ, not a religion about Christ.

Photo by Duncan Kidd on Unsplash

Inspired by God (“God-breathed”), words are the expression of God’s mind, as trustworthy as He is

Writers used own style and thoughts but God revealed, guided, and protected from error

Solely and finally authoritative; all else is subordinated to it and judged by it, including personal experience, human wisdom, or supposed new revelation (spoken or written)

Creator of all things in their original form

Distinct from all that He created

One God, existing in three persons (the Trinity)

Holy; separated from and committed against all that is contrary to His character

His character is the basis of all morality.

Unique, different from other creation—not simply in degree, but in kind

Created to have intimate relationship and fellowship with God

Since sin, man is committed to rebellion against God in thought and action.

All men are sinners.

Death (separation) is the necessary consequence of sin.

Because of sin, man is destined for eternal death (Hell, i.e., separation from God).

Man is left with a “hole” in his heart (a “God-shaped vacuum,” Pascal) that only God can fill; but he attempts to fill it with power, pleasure, possessions, religious activity, etc.—all are dead-end streets that can’t bring fulfillment.

God in the fullest sense of the term

Sent to earth, born of a virgin—man in the fullest sense

Holy and perfect, only sinless man

Willingly took upon Himself the sins of all men; suffered ultimate punishment for their sins (death)

Rose from the dead, conquering sin and death

Ascended to heaven, where He is now

Coming again to bring: 1) judgment on sin and men in rebellion; 2) deliverance for His people

Christ is unique—not just a great teacher or one in a string of prophets.

The central figure of God’s plan of human history

Provided eternal salvation for all who will accept

Recognizing God’s holy character and one’s own sin and guilt before God, and asking Jesus Christ to forgive his sin and bring him into right relationship with God

According to His promise, God forgives.

Is purely a gift of God—cannot be worked for, earned, or achieved; can only be gratefully accepted (no “good works,” baptism, attending church, or religious practice can contribute to salvation)

Man could never have salvation apart from Christ.

Christ is the only way of salvation—not “a way”, but “the way”—salvation is in no one or nothing else.

One who has personally accepted God’s gift of salvation in Christ, one who has recognized and repented of his sin and put his faith (belief and trust) in Jesus Christ alone as the Son of God and his personal Savior from sin

One does not become a Christian by doing good things, going to church, being baptized, or being raised in a Christian family or country, but only by actively and specifically trusting in Christ alone for his personal salvation.

Anyone who wishes may become a Christian.

God will never coerce a person to accept Christ (freedom of choice).

God has offered the gift to all—everyone must accept Him or reject Him.

There is no middle ground—to not accept Christ is, in fact, to reject Him.

Becoming a Christian is accepting a Person, not a package or a religious system.

Biblical Christianity is fundamentally a relationship with Christ, not a religion about Christ.

audio July 16, 2014
Randy answers the question “What is unique about Christianity?” during an interview on Moody Radio in June, 2014, marking the paperback release of his If God Is Good book.
Invest in Eternity