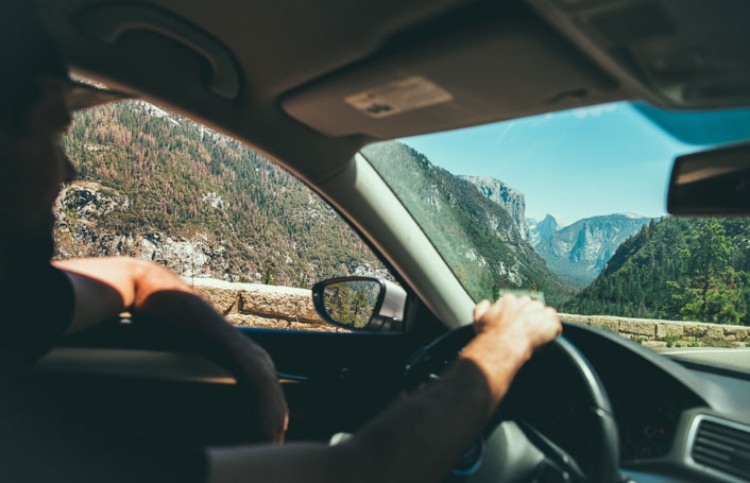 Late one autumn, I drove through Seattle, Washington, on my way to a men’s retreat. I happened to pick up a local radio talk show host who pontificated on organized religion, ridiculing the narrow-minded and uneducated bigots that would dare to embrace Christianity.

“Christianity is just a collection of ancient pagan myths that the early church pilfered,” he exclaimed. “There is no evidence any of these miracles really happened. It’s just wishful thinking by people who need a psychological crutch to get through their painful, meaningless lives.”

Then he threw down the gauntlet. “I challenge anyone,” he said, “to present tangible proof supporting any of the claims of the Bible!”

Within minutes, a sincere young man came on the line. Nervously, he began to present some of the traditional evidences evangelicals offer for the reliability of Scripture, the empty tomb, and the deity of Christ. These were evidences I had read in college, been taught in seminary, and used myself with my students at Multnomah Bible College.

Soon the radio host interrupted him. “This isn’t evidence,” he said with a sneer in his voice. “These are just regurgitated old tales from a dead tradition that should have been buried long ago. What I want,” he almost screamed over the air waves, “is proof. Give me proof!”

As I drove out of radio range, I reflected that the chasm between the prickly host and the brave caller was precisely over what constitutes proof. Many do not understand that we all use at least three levels of proof.

Scientific proof. One important level of proof involves evidence that is verified through repeatable testing in the controlled conditions of a laboratory. It is absolutely essential for verification of scientific theorems, because natural phenomena should, if correctly observed and interpreted, always operate according to predictable laws. It is only through controlled testing that the theorems and laws explaining these phenomena can be confirmed.

Legal proof. A second valid level of proof is the kind of proof demanded in the courtroom. Evidence must be “beyond a reasonable doubt” (in criminal cases) or based on a “preponderance of evidence” (in civil cases). Attaining scientific levels of proof is often impossible in legal situations where eyewitness testimony, circumstantial evidence, and determination of motive usually are impossible to repeat and verify with laboratory precision.

Historical proof. Historians must use an “authenticity of the witnesses” approach, seeking to reconstruct historical events by evaluating available materials. They cannot re-enact the battle of Waterloo, for example, in a laboratory. Nor can they personally interview Attila the Hun! Rather, they are limited by the kinds of evidences available in ancient documents, stone inscriptions, and archeological artifacts. While scientific techniques can often be used to date and authenticate these artifacts, it is the reliability of ancient writings and their authors that anchor the historigraphical enterprise.

This clarifies the radio-host’s, “Give me proof!” demand, doesn’t it? He required evidence for the claims of Christianity at a scientific level of precision, rejecting anything less as unacceptable. But this unrealistic standard fails on both philosophic and practical grounds.

Philosophically, scientific proof excludes out of hand certain events—like miracles—because they cannot, by their very nature, be repeated at will. But to arbitrarily eliminate occurrences a priori that have historical or eyewitness support just because a scientist cannot duplicate them is unfair.

Practically, each day millions of people (including the talk-show host!) make thousands of choices based on evidence that would never pass scientific muster. All of us accept the preponderance of evidence and the authenticity of witnesses in living our lives. To demand scientific scrutiny for all decisions of life would lead to national neurosis!

I can understand why religious skeptics demand such a level of proof from Christians. Few struggle with history’s reconstruction of Julius Caesar because Caesar makes no demand on your life. Jesus Christ, however, is another matter! If the historical records about Jesus deeds and claims are true, namely that He is indeed God the Son, God’s only means for redemption, then the unbeliever has a choice to make. Either accept Jesus as God’s Messiah and Savior, or reject Him with the dire, eternal consequences of a Christless eternity. If someone does not wish to accept Christ’s Lordship, one must not only reject the validity of Jesus’ claims but also the preponderance of the reliable, historical evidence that more than validate the claims of Jesus. A popular strategy for this is the one implied by the talk-show host: insist that the claims of Christ must meet a scientific standard of proof, despite the inconsistency of such an approach.

Many years ago, the British evangelical scholar, F. F. Bruce, observed these efforts by critics. “It is not the historians who question the reliability of the Scripture's record about Jesus,” he wrote in an article in Christianity Today, “it’s the theologians!”

A discussion of “the evidences of faith,” strikes some—even some evangelicals—as strange. “The eye of faith,” it is said, “neither sees nor seeks tangible evidence.” Jesus’ rebuke of Thomas—the doubting disciple demanding to touch Jesus’ wounds-is sometimes raised as proof that believers should not seek confirming evidence. “Because you have seen Me, have you believed,” Jesus asks Thomas. “Blessed are they who did not see, and yet believed” (John 10:28). These words, some claim, are proof positive that faith rejects tangible proof.

Nothing could be further from the truth. First, Jesus Himself offers tangible, physical evidence to the disciples when the Doubting Didymus is absent. In inviting them to see, to touch, and to watch Him eat, Jesus offers three tangible proofs of His physical, bodily resurrection (Luke 24:39-43).

Second, the Apostle Paul gives resurrection evidence in 1 Corinthians 15:3-8. There, he enumerates the number of appearances (at least six) and the vast number of eyewitnesses (at least 527!) that looked upon that face of the resurrected Jesus.

Finally, John’s entire Gospel deals in evidence. John writes to persuade that Jesus is the Christ, the Son of God (John 20:31). He presents the case for Christ’s divine Sonship through all kinds of evidence: His seven miraculous “signs,” the eyewitness testimony of contemporaries, the testimony of Scripture, Jesus own word and works, and, ultimately, the audible voice of God Himself (12:28). Why would Jesus discredit a belief grounded in evidence when His entire ministry is a presentation of compelling evidence?

Why, then, does Jesus rebuke Thomas? Not because Thomas wanted evidence, but because he refused to believe the evidence that was already there! Thomas had rejected the testimony of Mary, the women, Peter, and the rest of the apostles. Like the Seattle talk-show host, he insisted in laboratory proof, demanding a level of scientific evidence, when legal or historical testimony was abundant.

And why would Jesus be concerned about this? Because, friends, He is concerned about you and me. In this moving beatitude, Jesus directly blesses us—people who cannot physically examine the resurrected Jesus. He loves each one of us who believes in Him on the available evidence that God so generously provides.

Photo by Austin Neill on Unsplash