Amazing Grace in the Life of William Wilberforce

Wilberforce was born August 24, 1759, in Hull, England. His father died just before Wilberforce turned nine years old. He was sent to live with his uncle and aunt, William and Hannah, where he came under evangelical influences. His mother was more high church and was concerned her son was "turning Methodist." So she took him out of the boarding school where they had sent him and put him in another. He had admired George Whitefield, John Wesley, and John Newton as a child. But soon he left all the influence of the evangelicals behind. At his new school, he said later, "I did nothing at all." That lifestyle continued through his years in St. John's College at Cambridge. He was able to live off his parents' wealth and get by with little work. He lost any interest in biblical religion and loved circulating among the social elite.

He became friends with his contemporary William Pitt, who in just a few years, at the age of twenty-four in 1783, became the Prime Minister of England. On a lark, Wilberforce stood for the seat in the House of Commons for his hometown of Hull in 1780 when he was twenty-one. He spent £8,000 on the election. The money and his incredible gift for speaking triumphed over both his opponents. Pitt said Wilberforce possessed "the greatest natural eloquence of all the men I ever knew."

Thus began a forty-five year investment in the politics of England. He began it as a late-night, party-loving, upper-class unbeliever. He was single and would stay that way happily until he was thirty-seven years old. Then he met Barbara on April 15, 1797. He fell immediately in love. Within eight days he proposed to her, and on May 30 they were married—about six weeks after they met—and stayed married until William died thirty-six years later. In the first eight years of their marriage they had four sons and two daughters. We will come back to William as a family man, because it sheds light on his character and how he endured the political battles of the day.

"The Great Change": The Story of His Conversion

I have skipped over the most important thing—his conversion to a deep, Christian, evangelical faith. It is a great story of the providence of God pursuing a person through seemingly casual choices. On the long holidays when Parliament was not in session, Wilberforce would sometimes travel with friends or family. In the winter of 1784 when he was twenty-five, on an impulse he invited Isaac Milner, his former schoolmaster and friend from grammar school, who was now a tutor in Queens College, Cambridge, to go with him and his mother and sister to the French Riviera. To his amazement Milner turned out to be a convinced Christian without any of the stereotypes that Wilberforce had built up against evangelicals. They talked for hours about the Christian faith.

In another seemingly accidental turn, Wilberforce saw lying in the house where they were staying a copy of Philip Doddridge's The Rise and Progress of Religion in the Soul (1745). He asked Milner about it, and Milner said that it was "one of the best books ever written" and suggested they take it along and read it on the way home. Wilberforce later ascribes to this book a huge influence on his conversion. When he arrived home in February 1785 he "had reached intellectual assent to the biblical view of man, God and Christ." But he would not yet have claimed what he later described as true Christianity. It was all intellectual. He pushed it to the back of his mind and went on with political and social life.

That summer Wilberforce traveled again with Milner, and they discussed the Greek New Testament for hours. Slowly his "intellectual assent became profound conviction." One of the first manifestations of what he called "the great change—the conversion—was the contempt he felt for his wealth and the luxury he lived in, especially on these trips between Parliamentary sessions. Seeds were sown almost immediately at the beginning of his Christian life, it seems, of the later passion to help the poor and to turn all his inherited wealth and his naturally high station into a means of blessing the oppressed.

Simplicity and generosity were the mark of his life. Much later, after he was married, he wrote, "By careful management, I should be able to give at least one-quarter of my income to the poor." His sons reported that before he married he was giving away well over a fourth of his income, one year actually giving away £3,000 more than he made. He wrote that riches were, "considering them as in themselves, acceptable, but, from the infirmity of [our] nature, as highly dangerous possessions; and [we are to value] them chiefly not as instruments of luxury or splendor, but as affording the means of honoring [our] heavenly Benefactor, and lessening the miseries of mankind." This was the way his mind worked: Everything in politics was for the alleviation of misery and the spread of happiness.

The Regret That Leads to Life

By October he was bemoaning the "shapeless idleness" of his past. He was thinking particularly of his time at Cambridge—"the most valuable years of life wasted, and opportunities lost, which can never be recovered." He had squandered his early years in Parliament as well: "The first years I was in Parliament I did nothing—nothing that is to any purpose. My own distinction was my darling object." He was so ashamed of his prior life that he wrote with apparent overstatement, "I was filled with sorrow. I am sure that no human creature could suffer more than I did for some months. It seems indeed it quite affected my reason." He was tormented about what his new Christianity meant for his public life. William Pitt tried to talk him out of becoming an evangelical and argued that this change would "render your talents useless both to yourself and mankind."

To resolve the anguish he felt over what to do with his life as a Christian, he resolved to risk seeing John Newton on December 7, 1785—a risk because Newton was an evangelical and not admired or esteemed by Wilberforce's colleagues in Parliament. He wrote to Newton on December 2:

I wish to have some serious conversation with you.…I have had ten thousand doubts within myself, whether or not I should discover myself to you; but every argument against it has its foundation in pride. I am sure you will hold yourself bound to let no one living know of this application, or of my visit, till I release you from the obligation.…PS: Remember that I must be secret, and that the gallery of the House is now so universally attended, that the face of a member of parliament is pretty well known.

It was a historically significant visit. Not only did Newton give encouragement to Wilberforce's faith, but he also urged him not to cut himself off from public life. Wilberforce wrote about the visit:

After walking about the Square once or twice before I could persuade myself, I called upon old Newton—was much affected in conversing with him—something very pleasing and unaffected in him. He told me he always had hopes and confidence that God would sometime bring me to Him. . . . When I came away I found my mind in a calm, tranquil state, more humbled, and looking more devoutly up to God.

Wilberforce was relieved that the sixty-year-old Newton urged him not to cut himself off from public life. Newton wrote to Wilberforce two years later: "It is hoped and believed that the Lord has raised you up for the good of His church and for the good of the nation." When one thinks what hung in the balance in that moment of counsel, one marvels at the magnitude of some small occasions in view of what Wilberforce would accomplish for the cause of abolition. The battle and uncertainties lasted on into the new year, but finally a more settled serenity came over him, and on Easter Day 1786, the politician for Yorkshire took to the fields to pray and give thanks, as he said in a letter to his sister Sally, "amidst the general chorus with which all nature seems on such a morning to be swelling the song of praise and thanksgiving." It was, he said almost ten years later, as if "to have awakened…from a dream, to have recovered, as it were, the use of my reason after a delirium." With this change came a whole new regimen for the use of his months of recess from Parliament. Beginning not long after his conversion and lasting until he was married eleven years later, he would now spend his days studying "about nine or ten hours a day," typically "breakfasting alone, taking walks alone, dining with the host family and other guests but not joining them in the evening until he came down about three-quarters of an hour before bedtime for what supper I wanted.'" "The Bible became his best-loved book and he learned stretches by heart." He was setting out to recover a lot of ground lost to laziness in college.

How Does Understanding God's Grace Give Us Fresh Perspective?

audio March 15, 2011
In this 3 minute audio clip, Randy Alcorn talks about gaining a better perspective through understanding the greatness of God's grace.

Does the Bible Implicitly Endorse Slavery? 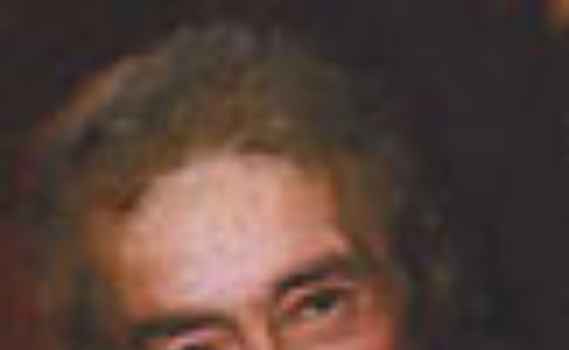 Wilberforce: Refusing To Give Up

article January 1, 1994
Shortly after his conversion to Christ in 1784, British parliamentarian William Wilberforce began his battle for the black man’s freedom.
Invest in Eternity