The Use of Ministry Funds for Buildings: Appendix B from Money, Possessions and Eternity

Are buildings a legitimate ministry expense? If so what kinds of buildings, and how many? Some churches have buildings worth little more than a typical private home of one of its members. Others have over a hundred million dollars' worth of land and buildings—and some parachurch ministries more still. Can this extensive accumulation of material wealth be justified in the light of world need?

John White tells a story that reflects my own thoughts about buildings:

Many years ago I stood one night in the rain, looking wonderingly at the walls of what was then the China Inland Mission headquarters in London. I had read many CIM books . . . and had been thrilled and quickened by the way God had supplied the mission's needs "through prayer to God alone." That night as I looked at the dirty but solid brick wall I reached out my hand to touch it. It seemed like a holy thing. Not that the CIM was anything other than a human organization blessed and used by God. But to me the walls were an awesome and tangible monument to the reality of God's response to faith. It was as though God himself had put them there. "This is what God did," I said, glowing warmly, feeling the solidity of the wet bricks as awe stole over my whole body. "A solid monument to God's response to faith." There are many so-called monuments to faith around the world today. People would like us to believe that God raised them in answer to believing prayer. I don't think so. Many are monuments to human ingenuity, to public-relations know-how and clever advertising, to skill in milking Christian suckers. And since we would not need to depend on public-relations know-how and clever advertising if we truly believed in God, I suppose it is correct to say that the buildings of which I speak are monuments to unbelief rather than monuments to faith. We view them with understandable (but culpable) pride. We have made it. We need nothing. May God have mercy on us!i

Spending money on buildings for ministries is inherently neither right nor wrong. In some cases God is glorified through the financing, construction, and use of a building. In other cases, through massive indebtedness, disunity, extravagance, pride, and facility misuse, God is dishonored. I hear people criticize local churches for their buildings. "If that money was given to the poor, or used for missions, far greater things could be accomplished." This is sometimes true. On the other hand, by providing for a growing congregation's needs, a building can serve purposes of evangelism and edification, broadening and deepening the home base so that much more money, prayer, and personal involvement is ultimately given to missions and to the poor than otherwise would have been.

I've been on both sides of the building quandary. As a young believer, sitting in a congregation, I was unenthused by building projects. I thought my money could be better placed directly into missions, so I gave almost all of it to parachurch groups. I made much of the fact that the first church had no buildings. I now see this to be a much less relevant argument, since God has put us in a different place and time than the first church, with our own distinct needs and opportunities.

For fourteen years I was a pastor, and my perspective changed. I saw not only the centrality of the local church, but how buildings can be valuable tools that effectively facilitate ministry. For a church to build makes as much sense as a growing family finding a house adequate for its needs. Over the years, our church buildings have been in constant use. Our twenty-year-old main building is used for worship on Saturday nights and Sundays, and for everything from weddings and funerals to basketball and school recess throughout the week. We've stuck Sunday school classes everywhere, including staff offices and storage rooms. Classrooms built for twenty sometimes house fifty, so we've kept building. Youth groups meet on different nights of the week because there's insufficient room. Every classroom and even a kitchen has been used for our grade school. Without a doubt, this practical facility has greatly enhanced our ministry and our presence in our community.

Some years ago we built a church office and ministry center. When we moved out of our rented trailers into this office, we found our communication and efficiency greatly enhanced, and we could better meet the needs of our people.

Yes, we could function without our buildings-just as a family could get by without their house, by using tents or living at the neighbor's. We used rented facilities for the first five years of our church and did fine. Yet we found they prevented us from many significant ministries that our own buildings have allowed. I believe that these practical and nice but nonextravagant buildings have been a wise use of funds and a true investment in eternity.

On the other hand, we must continually be careful to be sure the construction of a building doesn't detract from our giving to meet needs and evangelize our community and the world. We must consciously battle the rationalizations that turn churches and organizations away from building Christ's kingdom to building their own. Certainly, something is desperately wrong when churches spend more money paying interest on construction loans than world missions. I don't believe any church should spend millions of dollars on buildings without prayerfully considering whether it's time to plant daughter churches. Of course, daughter churches need facilities too, but the freshness and vitality of a new work with new leaders is often a cost-effective alternative to expensive buildings which sometimes involve a loss of focus and in which new church leadership is not effectively developed.

Rick Warren, pastor of one of the largest churches in America says,

It is a serious mistake to think that everything the church does-worship, discipleship, ministry, evangelism and fellowship-must be done within the four walls of a church building. In fact, I'm convinced that church buildings are a major barrier to exponential growth and that massive building programs are often a waste of money.

Currently there are several dozen extremely large church buildings being planned and built in America, but I believe they are the last of the dinosaurs. History has proven over and over that future generations never fill the cavernous temples of previous generations. For instance, every time Spurgeon's Tabernacle was rebuilt (three times) it was downsized. The list of empty great cathedrals would be quite long. God wants to do something new in each generation. He blesses anointed people, not buildings.

We also need to remember that the period of fastest growth for Christianity was during the first 300 years-when there were no church buildings at all. And today all of the rapidly exploding church-planting movements around the world are multiplying without having physical church buildings. Buildings should be tools for ministry, not monuments. I've said repeatedly to our congregation that Saddleback will never build a building that could not be torn down if it prevented us from reaching more people. Churches should focus on building people, not building buildings! That's what being purpose-driven is all about. It's a people-building process. Build your people before your steeple.

Our resistance to building buildings has been one of Saddleback's values since its inception 21 years ago. One of the goals we set at Saddleback was to prove that you don't need to build a building in order to grow a church. That's why we waited until after our congregation was averaging more than 10,000 in attendance before we built our first building! I think we proved our point. Just because you are growing does not mean you should build a new or larger building....

We enlisted and connected over 2,000 new people (who were not in any of our existing groups) into new Bible study groups in a single weekend. We would have never even considered numbers like that if we were trying to place them all on our campus. I am absolutely opposed to building ANY size of facility that will only be used once or twice a week. It is poor stewardship of God's money to build a facility just because the pastor wants to speak to everyone at one time.

In fact, here's a little secret: Only pastors like really huge church services!

Normal people prefer more moderate-sized services, large enough to make the singing great, but not an overwhelming crowd. That's why I'd rather have a building of 200 and fill it with five services than have a 1,000-seat auditorium that is filled only once a week and then left empty the rest of the week. I encourage you to experiment and look for ways to reach and grow people faster and cheaper, without buildings. Don't let traditional methodology, or brick and mortar, or the lack of it, keep you from focusing on what matters most—changed lives!ii

To the extent that a church facility can be attractive and still functional and economical, I favor attractive buildings. I appreciate the desire to create a worshipful atmosphere. But worship doesn't require extravagance. Whether in the church or parachurch ministry, I believe buildings should be built only as necessary, soundly but economically, and in such a way that they allow maximum ministry use, which means much more than one day a week.

Buildings present a danger of externalizing the church, making us forget that we are God's dwelling place, not the facilities we build. Whenever the church views worship facilities as Israel viewed the temple, she takes a dramatic step backwards.

Opulent edifices are often monuments to the ego of one man, organization or congregation. Considering the opportunities to invest in eternity, reach the lost, and care for the poor-thereby bringing glory to the only one who deserves it—in my opinion such buildings have no place among God's people.

audio April 22, 2010
Randy Alcorn discusses the financial struggles one can encounter in ministry. 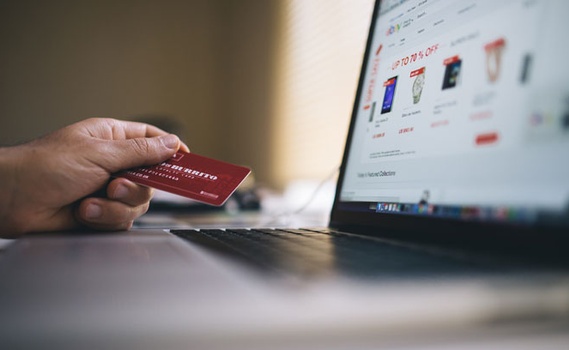 article January 18, 2010
For many people, spending money is an addictive behavior similar to alcoholism or gambling. With compulsive spending, the true enemy is within.

article December 4, 2008
There are many possible motives for lending money.
Invest in Eternity