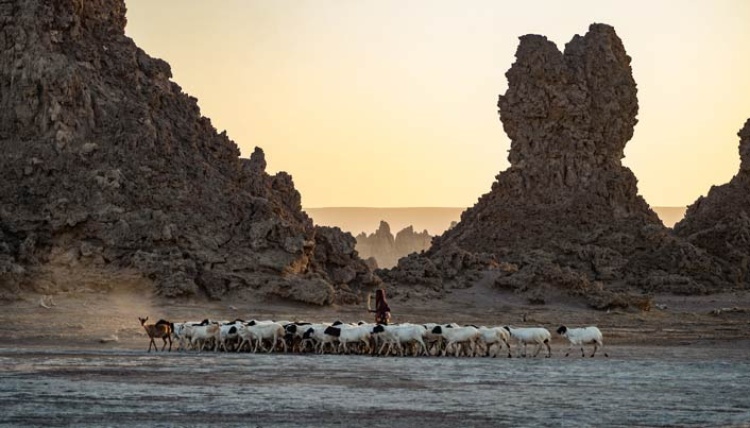 “And in the same region there were shepherds out in the field, keeping watch over their flock by night. And an angel of the Lord appeared to them, and the glory of the Lord shone around them, and they were filled with fear.”

No Christmas program is complete without its little band of gunnysack shepherds. Frightened by the angel’s sudden appearance, they marvel at the good news from the angel and rush to Bethlehem to see the Savior-King. As they return to their flocks, they praise God and tell all who will listen about the birth of the chosen Child.

They finish spreading the good tidings, leave the stage, and we hardly give them another thought.

But why did the announcement come to them at all? Why not to priests and kings? Who were they that they should be eyewitnesses of God’s glory and receive history’s greatest birth announcement?

In Christ’s day, shepherds stood on the bottom rung of the Palestinian social ladder. They shared the same unenviable status as tax collectors and dung sweepers. Only Luke mentions them.

During the time of the Patriarchs, shepherding was a noble occupation. Shepherds are mentioned early in Genesis 4:20 where Jabal is called the father of those living in tents and raising livestock. In nomadic societies, everyone—whether sheikh or slave—was a shepherd. The wealthy sons of Isaac and Jacob tended flocks (Genesis 30:29; 37:12). Jethro, the priest of Midian, employed his daughters as shepherdesses (Exodus 2:16).

When the twelve tribes of Israel migrated to Egypt, they encountered a lifestyle foreign to them. The Egyptians were agriculturalists. As farmers, they despised shepherding because sheep and goats meant death to crops. Battles between farmers and shepherds are as old as they are fierce. The first murder in history erupted from a farmer’s resentment of a shepherd (Genesis 4:1-8).

Pharaoh’s clean-shaven court looked down on the rugged shepherd sons of Jacob. Joseph matter-of-factly informed his brothers, “Every shepherd is detestable to the Egyptians” (Genesis 46:34).

In the course of 400 years, the Egyptians prejudiced the Israelites’ attitude toward shepherding. Jacob’s descendants became accustomed to a settled lifestyle and forgot their nomadic roots. When Israel later settled in Canaan (c. 1400 BC), the few tribes still retaining a fondness for pastoral life chose to live in the Trans-Jordan (Numbers 32:1 ff).

After the settling in Palestine, shepherding ceased to hold its prominent position. As the Israelites acquired more farmland, pasturing decreased. Shepherding became a menial vocation for the laboring class.

Around 1000 BC, David’s emergence as king temporarily raised the shepherd’s image. The lowliness of this trade made David’s promotion striking (2 Samuel 7:8). While poetic sections of Scripture record positive allusions to shepherding, scholars believe these references reflect a literary ideal, not reality.

In the days of the Prophets, sheep-herders symbolized judgment and social desolation (Zephaniah 2:6). Amos contrasted his high calling as prophet with his former role as a shepherd (Amos 7:14). Dr. Joachim Jeremias says shepherds were “despised in everyday life.” In general, they were considered second-class and untrustworthy.

Shepherding had not just lost its widespread appeal; it eventually forfeited its social acceptability. Some shepherds earned their poor reputations, but others became victims of a cruel stereotype. The religious leaders maligned the shepherd’s good name; rabbis banned pasturing sheep and goats in Israel, except on desert plains.

The Mishnah, Judaism’s written record of the oral law, also reflects this prejudice, referring to shepherds in belittling terms. One passage describes them as “incompetent”; another says no one should ever feel obligated to rescue a shepherd who has fallen into a pit.

Jeremias documents the fact that shepherds were deprived of all civil rights. They could not fulfill judicial offices or be admitted in court as witnesses.

He wrote, “To buy wool, milk or a kid from a shepherd was forbidden on the assumption that it would be stolen property.”

In Jerusalem in the Time of Jesus, Jeremias notes: “The rabbis ask with amazement how, in view of the despicable nature of shepherds, one can explain why God was called ‘my shepherd’ in Psalm 23:1.”

Smug religious leaders maintained a strict caste system at the expense of shepherds and other common folk. Shepherds were officially labeled “sinners”—a technical term for a class of despised people.

Into this social context of religious snobbery and class prejudice, God’s Son stepped forth. How surprising and significant that Father God handpicked lowly, unpretentious shepherds to first hear the joyous news: “It’s a boy, and He’s the Messiah!”

What an affront to the religious leaders who were so conspicuously absent from the divine mailing list. Even from birth, Christ moved among the lowly. It was the sinners, not the self-righteous, He came to save (Mark 2:17).

The proud religionists of Christ’s day have faded into obscurity, but the shepherd figure is once again elevated in church life as pastors “shepherd their flocks.” That figure was immortalized by the Lord Jesus when He said, “I am the good shepherd. The good shepherd lays down his life for the sheep” (John 10:11). Christ is also the Great Shepherd (Hebrews 13:20) and the Chief Shepherd (1 Peter 5:4). No other illustration so vividly portrays His tender care and guiding hand.

As we gaze on nativity scenes and smile at those gunnysack shepherds, let’s not lose sight of the striking irony. A handful of shepherds, marginalized by the social and religious elite, were chosen to break the silence of centuries, heralding Messiah’s birth.

Photo by Lesly Derksen on Unsplash 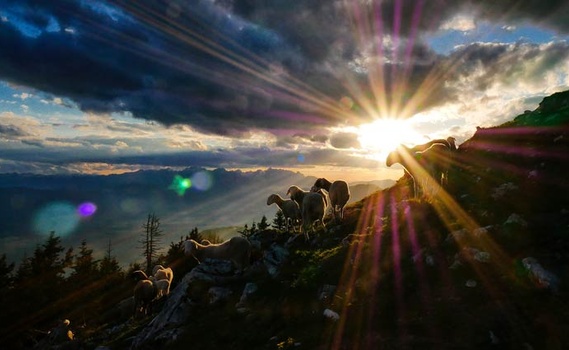 A Prayer to the Shepherd of My Life

article April 13, 2018
Earlier this year, my wife and best friend Nanci was diagnosed with colon cancer, and is now beginning a combination of radiation and chemotherapy treatments. She recently wrote a prayer based on Psalm 23. It really spoke to me, and I hope it speaks to you too. 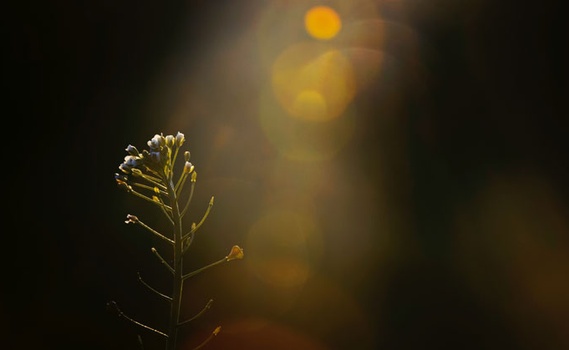 He Who Never Forsakes You Will Restore Your Soul

article February 23, 2018
I love the psalms, because of their beauty and because the wide range of emotions they contain grant us permission to express to God our honest questions, doubts, griefs, and despair. My friend Jon Bloom, board chair and co-founder of Desiring God, wrote about two back-to-back psalms and the powerful message their proximity expresses. 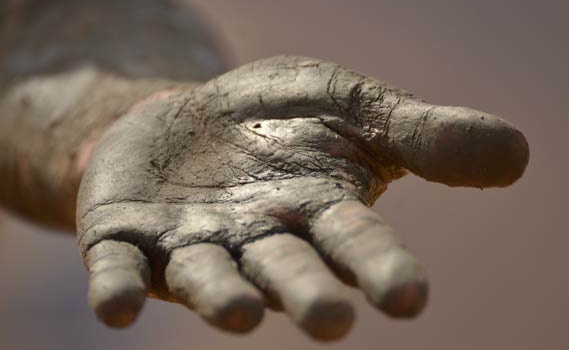 article August 14, 2017
In most cases, I think we in church and ministry leadership honestly do want to be Christ-honoring servants. But all of us can find it difficult to do the hard and thankless things that servants do, especially when no one is watching.
Invest in Eternity