What Happened After Jesus Died? 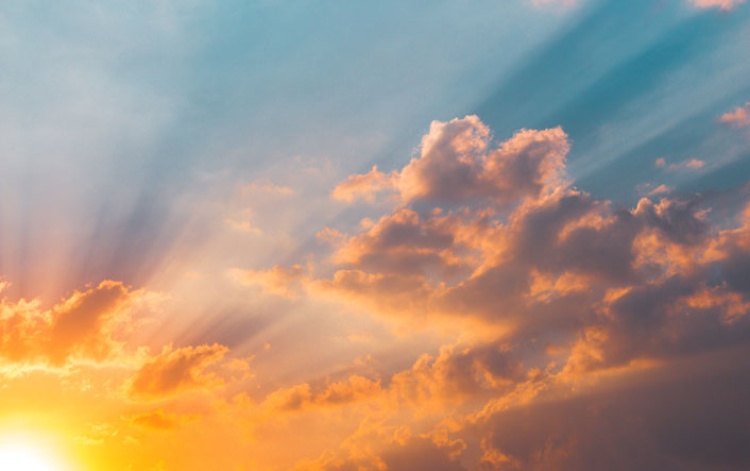 We know from Jesus’ statement to the thief that when one dies they enter the presence of God immediately. Luke 23:42 states, “Truly I say to you, today you shall be with Me in Paradise.” This statement also tells us that Jesus went to His Father upon death.

Beyond this we know very little about where Jesus was for three days. One must be careful not to read too much detail into a parable or story. The issue in Jesus recounting the story of Jonah was to relate to His anticipated three days of being dead. Reading Jonah 2:2, some translations say “from the depth of Sheol”, another translation says “from the depth of hell”, still another says “from the grave.” What is clear is that Jonah assumed he was a dead man inside the fish as he prayed.

Later, in Jonah 2:6 we are told his “life was brought up from the pit.” Some interpreters assume that this is a reference to hell. However, a very simple interpretation of the Bible takes this as a reference to death, the imagery is the grave. Sheol is not hell; to the Hebrew mind it is death; a place where the soul waits for resurrection and judgment. The context of Jonah 2:6 is “the earth with its bars was around me forever.” He is using imagery to say he felt just the same as if his body was buried in the earth (grave) and he was locked there forever.

There are other passages that are used to suggest that Jesus went to hell during the three days His body was in the tomb. If one wants to believe that He went to hell, then the verses can suggest it. However, if the verses are simply taken one-by-one, they do not support that belief. Let’s look at those verses.

Psalm 16:10 says, “Because you will not abandon me to the grave, nor will you let your Holy One see decay.” It relates “grave” and “pit.” Hebrew poetic parallelism means the two words are to be taken as one idea—the simple grave, a pit in the earth where flesh decays.

Ephesians 4:8-10 contains the statement, “‘He ascended,’ what does it mean except that He also had descended into the lower parts of the earth’?” Some interpret “the lower parts of the earth” as hell. However, again, the simple reading of this verse is that Jesus ascended into the heavens after first having descended into the earth below, the grave. In fact, the Greek language here can either be read “the lower region of earth” or “the lower region, earth.” Either way, it is a simple contrast of descending to earth which is a lower region than the heavens and does not provide any detail to suggest to the reader that He had been to Hell.

I Timothy 3:16 tell us that Jesus “was seen by angels.” Indeed He was seen by angels as clearly suggested in all three synoptic gospels just after His resurrection (Matthew 28:6; Mark 16:6; Luke 24:6). Those who already assume that Jesus went to hell want this to mean “fallen angels” whom He preached to during the three days of death. There is no reason to assume this at all.

Jesus was put to death in the flesh, but was made alive by the Spirit. The word “made alive” is passive, meaning that someone other than Jesus made Him alive. Either Jesus was made alive by the Spirit, or in His spirit. Either way the Spirit must have been involved. Then the passage continues by telling us who these souls in prison are, they are those who did not listen to Noah (who was preaching repentance in the Spirit’s power to the world at the direction of God). Thus, the same Spirit who raised Jesus as a testimony “in order that He might bring us to God” also had spoken in Noah’s day to those souls now in prison; and they are in prison because they did not listen at the time of the preaching. In fact, only eight people listened and were saved—”brought safely through the water.” The idea of “prison” is figurative. The Bible does indicate that lost souls are removed and restrained in Luke 16:26: “And besides all this, between us and you there is a great chasm fixed, in order that those who wish to come over from here to you may not be able, and that none may cross over from there to us.”

Nowhere in the Bible does it say that Jesus went to hell during the three days. Actually, very little is said about what went on. The normal assumption is that Jesus’ fleshly body remained in the tomb, just as ours will remain in the grave. He went to the presence of the Father, and three days later the Spirit resurrected His body (in the same way that our bodies will be resurrected—the first-born from the dead in Col. 1:18). The difference is that God did not allow Jesus’ body to decay (exactly the promise found in Psalm 16:10 above.)

John Piper has given a good answer to this:

Did Jesus Spend Saturday in Hell?

The Apostles’ Creed says, “[He] was crucified, died, and was buried. He descended into hell. The third day He arose again from the dead.” There are many meanings given to this phrase. I simply want to ponder the traditional interpretation that Christ went to the place of the dead to preach the gospel to Old Testament saints that he might set them free for the full experience of heaven. This is the view of the Catholic Catechism and many Protestants as well. I don’t think this is what the New Testament teaches.

The view is based mainly on two passages in 1 Peter.

Christ also suffered once for sins, the righteous for the unrighteous, that he might bring us to God, being put to death in the flesh but made alive in the spirit, (19) in which he went and proclaimed to the spirits in prison, (20) because they formerly did not obey, when God’s patience waited in the days of Noah, while the ark was being prepared, in which a few, that is, eight persons, were brought safely through water. (1 Peter 3:18-20)

They are surprised when you do not join them in the same flood of debauchery, and they malign you; (5) but they will give account to him who is ready to judge the living and the dead. (6) For this is why the gospel was preached even to those who are dead, that though judged in the flesh the way people are, they might live in the spirit the way God does.” (1 Peter 4:4-6)

I think this is suggested as the more natural understanding of the passage in view of what Peter said earlier about the spirit of Christ speaking through the prophets of old.

Concerning this salvation, the prophets who prophesied about the grace that was to be yours searched and inquired carefully, inquiring what person or time the Spirit of Christ in them was indicating when he predicted the sufferings of Christ and the subsequent glories. (1 Peter 1:10-11)

With regard to 1 Peter 4:6, I take “preached to the dead” to refer to those who, after being preached to, have since died. He is not referring to preaching to them after they have died. The context suggests this kind of understanding, as J. N. D. Kelly explains:

They [the Christians] may well have been exposed to scoffing questions from pagan neighbors, and anxious ones from one another, “What is the gain of your having become Christians, since you apparently die like other men?” The writer’s answer is that, so far from being useless, the preaching of Christ and his gospel to those who have since died had precisely this end in view, that although according to human calculation they might seem to be condemned, they might in fact enjoy life eternal.” (A Commentary on the Epistles of Peter and Jude, 175)

I would say, therefore, that there is no textual basis in the New Testament for claiming that between Good Friday and Easter Christ was preaching to souls imprisoned in hell or Hades. There is textual basis for saying that he would be with the repentant thief in Paradise “today” (Luke 23:43), and one does not get the impression that he means a defective place from which the thief must then be delivered by more preaching.

For these and other reasons, it seems best to me to omit from the Apostles Creed the clause, “he descended into hell,” rather than giving it other meanings that are more defensible, the way Calvin does.

Photo by Diego PH on Unsplash

Is It True the Bible Teaches That After We Die We Will Enter a 'Soul Sleep'?

article September 5, 2012
The Biblical doctrine of the afterlife develops through the entire Bible (As God revealed more of his Word to humanity, we learn more about what life is after we die).

Only Christ Can Meet Our Deepest Needs

video November 29, 2010
Randy Alcorn discusses how only Christ can meet our deepest needs.
Invest in Eternity