"But my professors at Fuller don't oppose inerrancy, just a particular definition of inerrancy. Isn't this mostly a matter of semantics?"

I have no axe to grind with Fuller seminary. I would never have brought Fuller up except that I was sent the portion of its doctrinal statement related to inerrancy, so I needed to comment.

There is far more to this than semantics with the word "inerrancy." There's a long and well-documented history involving Fuller and the inerrancy issue that you may not be aware of. Much of the discussion goes back to Harold Lindsell's The Battle for the Bible, which Jim mentioned, which was published in the 70's and contained many pages of documentation of statements from Fuller professors denying biblical inerrancy, and affirming that the original manuscripts of Scripture contain a variety of errors. As a former Fuller professor, Lindsell, once editor of Christianity Today, knew firsthand what had gone on within the institution, both in the classrooms and in faculty discussions. I read that book cover to cover the month it was published, and will never forget the long discussions till the wee hours of the morning with numbers of friends and seekers of truth.

Since then, I have personally read many writings by past (and I assume present, though I haven't looked recently at a faculty list) Fuller professors that do in fact specifically deny the doctrine of inerrancy, and directly cite what they believe to be falsehoods in Scripture (though they typically consider them of secondary importance). This is not impression or speculation. I know it to be true. I am not denying your experience at Fuller's extension campus. I am simply responding by telling you my own.

Nevertheless, I still have no doubt there is much good teaching at Fuller. In fact, in my new book on Heaven I enthusiastically quote from Richard Mouw, Fuller president, for his excellent treatment of Isaiah 60, When the Kings Come Marching In. As a pastor, I attended an excellent small groups conference at Fuller. I'm grateful that your personal experience has been positive and enriching. Perhaps your classes are ones that for whatever reasons do not bring up these issues. In other classes, however, these issues are brought up. I know of people who acknowledge with gratitude that while they came to Fuller believing the Scriptures are without error, they left believing that they do contain error. They are grateful to have been delivered from what they now consider to have been an outmoded and unenlightened Fundamentalist upbringing. As the years have gone on, many now come to Fuller already believing the Bible contains errors, though usually they do not consider this incompatible with the belief that the Bible is authoritative. (I and many others do believe this is incompatible, but they do not, and Fuller is probably the single most influential seminary in furthering the idea that biblical authority does not require inerrancy.)

In the 1970's, as I was exploring seminary options, I met with several professors at North Park Seminary in Chicago, the seminary of the Evangelical Covenant Church where I had come to Christ in high school. I asked these professors what they believed about the Bible. Those I talked with believed in its authority, but acknowledged they thought it contained errors of fact and history. At the time, this was often dubbed things like "the Fuller debate," as Fuller seminary was inseperably linked with the departure from the doctrine of innerancy. (Some would call it the redefinition of inerrancy, but in fact it maintained that the Bible, even in its original manusciprts, contained actual historical errors—hence, by any fair definition of the word "inerrant" the Bible was not inerrant.)

Consider the book edited by Jack Rogers of Fuller Seminary, Biblical Authority, containing much embraced by Fuller faculty. It is an argument against inerrancy—the major point expressed is that the church can affirm biblical authority without an inerrant Bible.

The Jack Rogers book generated a few entire books of responses, including Inerrancy, edited by Norman Geisler and another defense of inerrancy book, The Foundation for Biblical Authority, edited by James Boice.

Hence, historically Fuller is inseparably linked with what is variously called the non-innerancy, anti-inerancy, or errancy viewpoint. (It's hard to know what else to call a view that says that the Bible contains errors, even if they are regarded as small or secondary or unimportant errors.)

This is one of my objections to the Fuller statement. It gives the impression that it believes in some form of inerrancy, while merely critiquing the assumptions and approaches of some innerancy advocates. But in my opinion this is an illusion. If you actually read what Fuller professors have written (not all, of course, but some, and with the apparent blessing, at least not the censure of the Fuller administration) you find that they specifically DO believe the Bible contains errors. The Fuller statement may be interpreted to deny that, but if you look at it closely it affirms only one sense of inerrancy, namely that the Holy Spirit was inerrant in what He communicated to the biblical writers. But this is meaningless. We all know God is inerrant. Notice that it does NOT affirm that the writers were inerrant in what they wrote. And in fact, since the early 1970s, Fuller profs have produced innumerable articles and books specifically denying THAT kind of innerancy (which is the only one the discussion really concerns).

One other example. The June 1998 issue of Theology, News and Notes, the official magazine of Fuller Theological Seminary contains the installation address of Donald A. Hanger as the "George Eldon Ladd Professor of New Testament," which he delivered on Oct. 4, 1993. He says,

"There are those for whom it is not enough to affirm the inspiration and authority of the Scriptures. One must also assert their inerrancy. It is hard to imagine anything more debilitating to the work of the Biblical scholar than the a-priori insistence on inerrancy. The faculty of this seminary, we may be thankful, saw how unreasonable, unnecessary and misleading this doctrine is, and in 1972 changed the seminary's statement of faith" (p. 7).

Note he calls inerrancy an "unnecessary and misleading" doctrine, and says that in fact it is "debilitating." He expresses thanks that the faculty changed the seminary's statement of faith away from the doctrine of inerrancy.

He goes on to say, "The point I want to emphasize here is that evangelicalism is not dependent upon a Fundamentalist view of Scripture. One does not have to affirm inerrancy to be or to remain evangelical" (p. 8).

Again, he clearly states inerrancy is not a necessary doctrine for evangelicals. When he says this, neither he nor we are free to define "inerrancy" however we wish. The word, historically, specifically means that the Bible, in its original manuscripts, was free of error of any kind.

The faculty of Fuller has gone on record, even to the point of changing its own doctrinal statement, as denying the doctrine of innerancy. (Some faculty members may affirm historical innerancy, but if they do so, they are going against the historical doctrinal shift and public affirmations of non-inerrancy that have characterized Fuller for decades.)

Again, I believe and appreciate that you have benefited in the classroom from various things taught and written by Fuller profs. I have no doubt that you are being enriched from your studies. I hope you know that my point is not to argue your experience, but merely to share my own, and some of the public history of this doctrinal controversy. I guess I'm saying there is more involved in this issue than you might be aware of based on your classroom experiences.

What Books on Biblical Inerrancy Do You Recommend?

article October 19, 2011
I hear good things about G.K. Beale’s The Erosion of Inerrancy in Evangelicalism: Responding to New Challenges to Biblical Authority, and I like other things he's done. 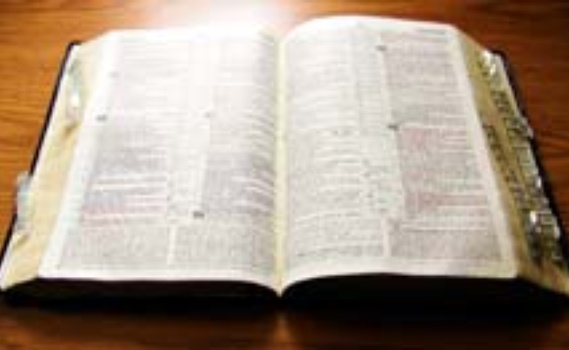 My Professors at Fuller Don’t Oppose Inerrancy, Just a Particular Definition of Inerrancy. Isn’t This Mostly a Matter of Semantics?

article March 4, 2010
There is far more to this than semantics with the word “inerrancy.” There’s a long and well-documented history involving Fuller and the inerrancy issue that you may not be aware of.
Invest in Eternity