American History vs. the ACLU 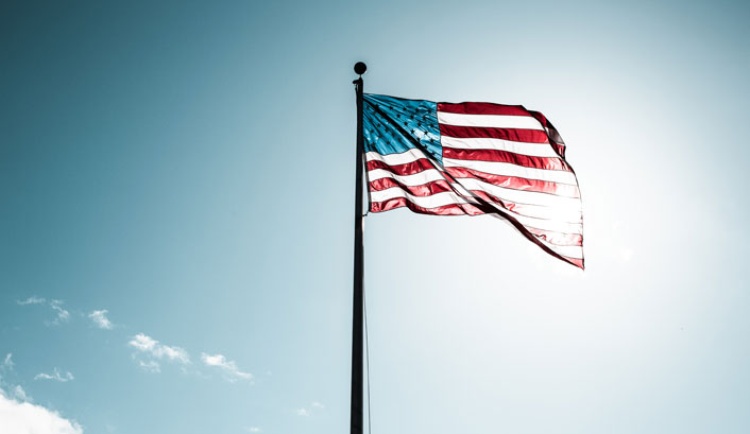 I want to address two groups. First, the ACLU and those sympathetic to it, and second the Church.

To the ACLU and those who would strip America of its Christian heritage, I affirm your right to attempt to build a country around atheism, uninfluenced by religion. You should certainly feel free to go somewhere and try to start such a nation.

The United States, from its inception, was built on something else  the Judeo Christian ethic. Rather than take away what made this country succeed, start your own and build it on your own set of values. Since there will be no moral basis for right and wrong, no reason to have good laws and no reason to obey what laws you have, the results are predictable. You will either have utter chaos, or you will be able to maintain order only at gunpoint. This will be your religion less utopia.

What you seek for our society has already been done elsewhere. I have visited  the people of  the Soviet Union who lived for seventy years in a country where prayers were forbidden on state property, and where the Christian faith and its values were kept out of school classrooms. I've heard their horror stories and seen the utter ruin of their nation brought about by the social reformers who purged the Christian religion from their society. (Unlike the U.S. Constitution, by the way, the Soviet Constitution said, "In order to ensure to citizens freedom of conscience, the church in the USSR is separated from the State, and the school from the church.") The ACLU's social experiment has already been conducted. It failed miserably.

The former USSR has recognized that as a direct result of removing God from their society, they are now "morally bankrupt" (to quote a  high school principal we met there). Because hunger and crime and oppression have resulted in utter disillusionment, they now beg for Bibles and religious materials to be brought back into their classrooms. Over 3000 Soviet public school teachers are being trained to teach biblical Christianity in school classrooms.

The freedom from religion the ACLU calls "liberty" was called "liberty" in the USSR too. It was called that by men named Lenin and Stalin. America's idea of founding a country on distinctive Christian principles was innovative. And it worked  not perfectly, but it worked. It isn't working anymore. Because the ACLU and others are gutting this country of the very things that made it great and free, it can no longer work.

I speak now to the Church, which doesn't seem to have half the zeal for its calling as does the ACLU. How much more ground will we give? We sit passively by as city councils pass ordinances making it illegal to choose not to rent a room to someone living a lifestyle that endangers our families and neighborhoods, and brings the judgment of God on society. We sit by while our schools work with Planned Parenthood and abortion clinics, and pass out condoms to students in the hallways. We look the other way while peaceful abortion protesters are put in jail for months and violent gay rights activists don't spend the night in jail.

On May 6 one high school principal announced that students coming to gather for prayer around the flagpole the next morning would be suspended from school. (Praise God some students gathered anyway, and the principal backed down.) What a picture  suspended for praying. When prayer is banned at graduation and Christian valedictorians are forbidden from saying the word "Christ," where is the Church? What are we doing?

What will we do next year when our cities say we can't pray at City Hall? Some Christians will stay home, figuring you can pray anywhere. (Of course you can, but that's not the point.) Other Christians will stay away from City Hall, thinking they are just being submissive law abiding citizens, not understanding that their children and grandchildren will pay dearly for every inch of ground they give now. And when they see some of the rest of us getting threatened and arrested for praying, they'll think we're being a bad witness.

The government of Babylon ordered that no one should pray to any but the King. When told it was against the law to pray to his God, Daniel could have quietly prayed in secret and not made waves. But he didn't. He chose to make waves, not out of belligerence, but righteousness. He went right to his window, clearly visible from the streets, got down on his knees, and prayed three times a day (Daniel 6:10).

Daniel knew what truly good Christian citizens know, or used to know that there comes a time when the line is drawn, and must be crossed. And if we are unwilling to pay the price of liberty and righteousness now, we scorn our grandparents who paid the price before us, and we make higher the price our grandchildren will have to pay after us.

We let the Bible and prayer be taken from our schools. We let babies be killed. We let immoral and destructive lifestyles be celebrated and promoted at taxpayer's expense. Few Christians have protested the fact that across our country churches are being denied building permits and told they cannot operate schools. Will we passively let prayer become illegal on all public grounds? Considering everything else we've allowed, why not?

And what will we do when they tell us we can't exercise church discipline for adultery? Or carry a Bible in public? Or make value judgments from the pulpit on unbiblical lifestyles? A retreating church always tells itself it will eventually take a stand. Usually it doesn't. Or by the time it does, it's too late.

Photo by Justin Cron on Unsplash