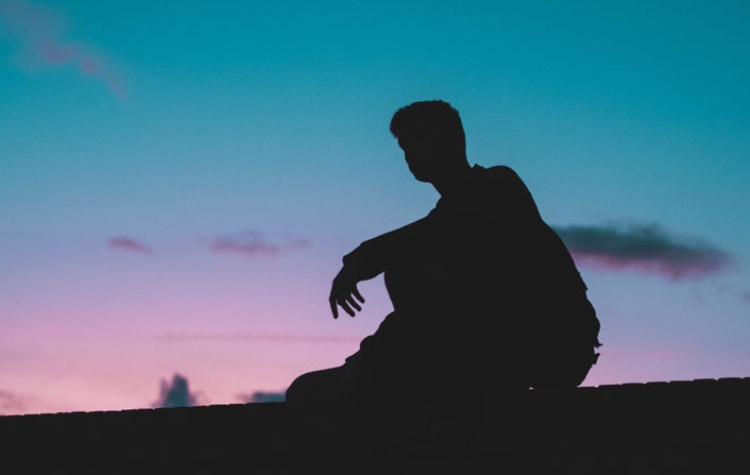 God has created each of us with certain desires that correspond to certain motivations. Each of us has built-in desires for pleasure, possessions, and power. At first this may sound unbiblical, because we have come to think of these things as temptations.

Satan approached Christ on all three of these levels during his wilderness temptation. He tempted Jesus to make bread for the pleasure of eating, to worship Satan for the possession of all the world’s kingdoms, and to cast himself from the temple for the power of commanding angelic intervention (Luke 4:1-13).

So if the desires for pleasure, possessions, and power make us vulnerable to temptation, how can they be good? How can they properly motivate us? We must understand that desire for these things can only be appealed to because our Creator built that desire into us. This is how God designed us to be.

God appeals to our human nature, but never to our sin nature. Power, possessions, and pleasures are legitimate objects of desire that our Creator has instilled in us, and by which he can motivates us to obedience. The evil counterattacks by tempting us to direct these legitimate desires to the wrong objects.

How to Gain Eternal Pleasures, Possessions and Power

Consider the threefold disciplines of fasting, giving, and prayer, which Christ addressed in Matthew 6:1-18. Fasting is denying the pleasure of eating to gain pleasure in God. Giving is denying the possession of riches to gain possessions from God. Prayer is denying one’s own power to gain power from God. Eating, owning, and ruling are not bad—but in these three spiritual disciplines they are temporarily abstained from to accomplish a higher kingdom purpose.

For centuries, monastic orders have tried to tie into this concept through their vow of chastity (forgoing pleasure), vow of poverty (forgoing possessions) and vow of obedience (forgoing the power of living life one’s own way).

But one need not forgo power because he hates power. He may forgo it because he wants power in another world. Jesus told his disciples they could become great in the next world by being a servant in this one (Mark 10:42-44). Likewise, one does not forgo possessions here because he hates possessions, but because he wants them in another world. Jesus didn’t tell his disciples they shouldn’t want to be rich. Rather, he told them they could become rich in the next world by giving up riches in this one (Matt. 6:19-21). It’s not a matter of no gratification, but delayed gratification. It’s forgoing present temporal gratification to achieve future eternal gratification.

We admire an Olympic athlete for his dedication and discipline, but we don’t pretend he’s not acting in his self-interest. Admire a missionary, someone who works with street children, someone who feeds the poor. What they are doing is not selfish, but neither is it selfless. Their short-term sacrifices are in their eternal self-interest because God promises to reward them.

There are many good reasons to give—love, fear and hope are all good reasons. Love for God and for people (greatest commandments), fear of God (because our choices have consequences and we will be held accountable as stewards). And hope of reward, because God says he who comes to him must believe that he is a rewarder. To not be motivated by reward is to not trust God, to not please him. We need every reason for obeying him that he gives us.

This is not self-denial for its own sake, but purposeful self-denial for God’s glory and our own ultimate good. The key to this is faith, the faith described and exemplified in the Book of Hebrews (11:8-16). For it’s faith that brings one to forgo something in this life believing that it—or a higher form of it—will be his in the next.

Believers in prosperity theology don’t realize that when we fail to limit our seeking of pleasures, possessions, and power in this world, where we’re yet sinful, the result will be disaster. Look at the scandals that have rocked Christian organizations, several of which we dealt with in chapter 5. The lives of the two most prominent fallen evangelists consisted of three basic elements in extensive measure: power, possessions, and pleasures. Both men rose to tremendous power over people, amassed a great deal of possessions, then indulged in many pleasures, which ultimately included sexual immorality. Like most of us, these men in their sinful human natures were incapable of handling here and now such large portions of power, possessions, and pleasures.

Can Appeal to our Desires Really be Spiritual?

God created us with certain desires, made us to be motivated by the rewards that appeal to those desires. He calls us to action on the basis of promised rewards. As we’ve seen, the Scriptures are full of exhortations to act in certain ways to gain certain rewards. Yet there persists a misguided belief that desire for power, possession, and pleasure in the next life is crass, and to pursue rewards is selfish or mercenary. Three godly Englishmen of three different centuries offer us a very different perspective, an explicitly biblical one.

John Bunyan, imprisoned in the seventeenth-century for preaching the gospel, stated:

The rewards are such as should make us leap to think on, and that we should remember with exceeding joy, and never think that it is contrary to the Christian faith to rejoice and be glad for them.

William Wilberforce, through his tireless efforts in Parliament, in the early nineteenth century finally succeeded in abolishing England’s slave trade. He devoted most of his fortune to the cause of Christ. This was his perspective on our God-given desires: “Christianity proposes not to extinguish our natural desires. It promises to bring the desires under just control and direct them to their true object.”1

C. S. Lewis, Oxford and Cambridge professor in the middle twentieth century, wrote prolifically on the Christian faith and developed a unique hearing on two continents. He diverted most of his royalties to charitable causes and individual needs, living simply and thinking often of that world beyond:

The faint, far-off results of those energies which God’s creative rapture implanted in matter when He made the worlds are what we now call physical pleasures; and even thus filtered, they are too much for our present management. What would it be to taste at the fountainhead that stream of which even these lower reaches prove so intoxicating? Yet that, I believe, is what lies before us. The whole man is to drink joy from the fountain of joy.2
The New Testament has lots to say about self-denial, but not about self-denial as an end in itself. We are told to deny ourselves and to take up our crosses in order that we may follow Christ; and nearly every description of what we shall ultimately find if we do so contains an appeal to desire. If there lurks in most modern minds the notion that to desire our own good and earnestly to hope for the enjoyment of it is a bad thing, I submit that this notion has crept in from Kant and the Stoics and is no part of the Christian faith. Indeed, if we consider the unblushing promises of rewards promised in the Gospels, it would seem that our Lord finds our desires not too strong, but too weak. We are half-hearted creatures, fooling about with drink and sex and ambition when infinite joy is offered us, like an ignorant child who wants to go on making mud pies in a slum because he cannot imagine what is meant by the offer of a holiday at the sea. We are far too easily pleased.3

The person who gives his life, money and possessions to receive rewards from his God—the greatest of which is the resounding “Well done”—is one whose deepest thirsts will be eternally quenched by the Maker and Fulfiller of Desire.

With such a prospect available to us, devoting our lives to the “mud pies” of the power, possessions, and pleasures of this world is indeed to be far too easily pleased.

In nearby Portland, Oregon, every year there’s a row of big, beautiful, new houses called the “Street of Dreams.” While the houses are fun to look at, I’m struck with how sad it would be to have a dream so small as one of those houses.

When I was a pastor a couple came to my office and told me they wanted to be able to give more money to the church and to missions. “But we’ve always had this dream for a beautiful home in the country,” they added, “and we can’t seem to shake it. Is that wrong?”

I told them I thought the dream of a perfect place came from God. It’s just that the dream cannot and will not be fulfilled in this life. Our dream house is coming; we don’t have to build it here. In fact, we can’t. Any dream house we try building here will eventually be ravaged by time, floods, earthquakes, tornadoes, carpenter ants, or freeway by-passes—you name it. And who would want to divert kingdom funds to a dream house on earth if you understand it’s going to burn to the ground, with no insurance company left to cover the loss? Instead, why not use your resources to send building materials ahead to the Carpenter building your dream house in heaven?

If there be so certain and glorious a rest for the saints, why is there no more industrious seeking after it? One would think, if a man did once hear of such unspeakable glory to be obtained, and believed what he heard to be true, he should be transported with the vehemence of his desire after it, and should almost forget to eat and drink, and should care for nothing else, and speak of and inquire after nothing else, but how to get this treasure. And yet people who hear of it daily, and profess to believe it as a fundamental article of their faith, do as little mind it, or labour for it, as if they had never heard of any such thing, or did not believe one word they hear.4

May we joyously believe! And then may we live as though we believe!

Photo by Toby Osborn on Unsplash

video June 28, 2013
David tells us that in God's prescence is the fullness of joy and pleasures unceasing. From this Randy Alcorn argues that Christians are supposed to seek pleasure - in God that is. This Christian hedonism says, "I want to find all the joy in God I can find." And I will sacrifice lesser, immediate pleasures in order to pursue God. This video clip was excerpted from Randy's Eternity 101 DVD class.

How do I know if something is an opportunity from God or temptation from Satan?

audio April 8, 2011
In this three-minute clip, Randy talks about how power, possessions, and pleasures are legitimate objects of desire that our Creator has instilled in us, and by which he can motivates us to obedience. The evil counterattacks by tempting us to direct these legitimate desires to the wrong objects.
Invest in Eternity