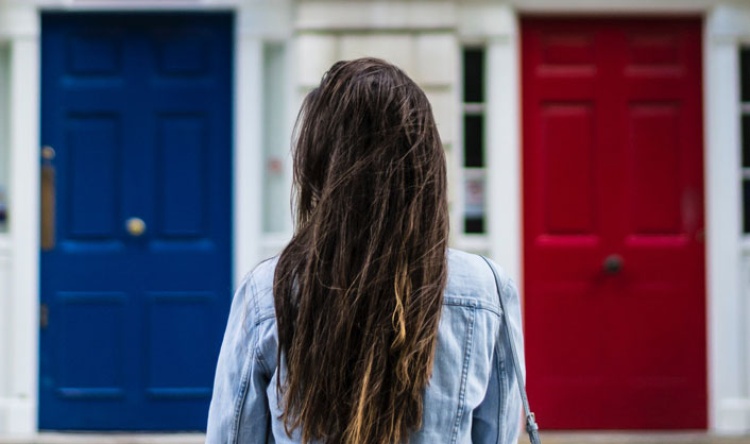 “Every person has the right to choose. It’s unfair to restrict a woman’s choice by prohibiting abortion.” So say the prochoice advocates. So says a generation that has grown up immersed in an ocean of abortion-rights thinking.

In a society controlled by bumper-sticker slogans, what can be said in response to the fact that opposition to abortion is routinely framed as opposition to “a woman’s right to choose”? For starters, we should try applying the prochoice logic not just to abortion but to other moral issues. When I present the prolife position on college campuses, I often begin by saying,

“I’ve been introduced as being anti-abortion, but I want to make clear that I’m really prochoice. I believe a person has the right to do whatever she wants with her own body. It’s none of our business what choices she makes. We have no right to impose our morals on others. Whether I like someone’s choices or not is irrelevant. She should have the freedom to make her own choices.”

I’m normally greeted by surprised looks and audible affirmation, including smiles, nods, and even applause. I have used the sacred buzzwords of the prochoice movement—rights, freedom, and choice. I have sounded tolerant, open-minded, and fair. Then, having won over my audience, without warning I say this:

“Yes, I’m prochoice. That’s why I believe every man has the right to rape a woman if that is his choice. After all, it’s his body, and neither you nor I have the right to tell him what to do with it. He’s free to choose, and it’s none of our business what choices he makes. We have no right to impose our morals on him. Whether I like his choices or not is irrelevant. He should have the freedom to make his own choices.”

When I see the shocked expressions, I ask what they’re upset about. Aren’t they prochoice? What’s wrong with my logic? I ask them to show me the fallacy of the “it’s his body and he can choose what he wants” argument. “But it’s not just about the man’s body. There’s another body involved in a rape—the woman’s!”

I then go on to show them the compelling scientific proof that the great majority of abortions stop beating hearts and measurable brainwaves, and every abortion (including early chemical abortions) kills a genetically unique member of the human race.

Of all the smoke and mirrors involved in prochoice rhetoric, perhaps the biggest and most important obstacle we can get around is the myth that it is inherently virtuous to be prochoice. Nothing could be further from the truth. Sometimes being prochoice is downright reprehensible.

All laws impose a moral viewpoint and restrict the individual’s behavior. This is true of laws against drunk driving and child abuse. Laws against false advertising restrict a businessman’s right to free speech. Laws against discrimination infringe on the freedom of choice of those who would treat minorities unfairly. When others’ rights are at stake—and particularly when their very lives are at stake—any decent society can and must restrict the individual’s freedom of choice.

Is an innocent person being damaged by a woman’s choice to have an abortion? If not, no problem. If so, it is a major problem that society cannot afford to ignore. Any law that prohibits the fatal victimization of another person is by nature a just law.

The idea of “freedom to choose” is too vague for meaningful discussion. We must always ask, “Freedom to choose what?” It is absurd to defend a specific choice merely on the basis that it is a choice. Yet if you read the literature and listen to the talk shows, you know that this is constantly done by prochoice activists. “The right to choose” is a magic slogan that seems to make all choices equally legitimate.

All of us are in favor of free choice when it comes to where people live, what kind of car they drive, and a thousand matters of personal preference that harm no one else. We are also prochoice in matters of religion, politics, and lifestyle, even when people choose beliefs and behavior we don’t agree with. But most of us—including those who always talk about a “woman’s right to choose”—are decidedly not prochoice when it comes to murder, rape, kidnapping, armed robbery, and child abuse.

Whenever we hear the term prochoice, we must ask the all-important question, “What choice are we talking about?” Given the facts about abortion, the question really becomes, “Do you think people should have the right to choose to kill innocent children if it’s more convenient for them or if that’s what they want to do?”

People who are prochoice about abortion are decidedly anti-choice about other issues with less at stake. After I spoke at a public high school on the prolife position, the prochoice instructor took me to the faculty lounge for lunch. He pointed to a table where four teachers were smoking and said, “Fortunately, this is the last week smoking will be allowed in here. We’ve finally gotten the district to make the teachers’ lounge nonsmoking.” Good naturedly I said, “I see you’re not really prochoice.” With a surprised look he explained, “But cigarette smoke hurts other people.” I said, “So does abortion.”

Many people who are prochoice about abortion support laws requiring people to wear seat belts. They are anti-choice about seat belts because seat belts save lives. When lives are at stake, “freedom to choose” is legitimately restricted by society. Both smokers and nonsmokers have rights over their bodies. But we recognize that the smoker’s right to smoke ends at the moment it violates the nonsmoker’s right to be healthy. Nonsmokers should not be subject to unhealthy fumes without their consent. Children should not be subject to dismemberment and death without their consent.

The one-time choice of abortion robs someone else of a lifetime of choices and prevents him from ever exercising his rights. How to deal with a pregnancy is one among thousands of choices a woman will make in her lifetime. But if that choice is abortion, her child will never have the opportunity to make any choices of his own. A woman will have opportunity to exercise many legal rights. But if one of those is abortion, her child will never be able to exercise a single right. The unborn have been a glaring exception in the efforts of the modern human rights movement.

Everyone is prochoice when it comes to the choices prior to pregnancy and after birth. Men and women are free to choose to abstain from sex or to use birth control or to do neither. But when a woman is pregnant, the choice she has made has produced a new human being. After a woman is pregnant, it’s too late to choose whether or not she wishes to become a mother. She already is a mother. The only choice involved now is whether to deliver a live baby or to kill the child before birth.

Once the baby is born, the woman is again free to choose: she can keep the child or give him up for adoption. The only choice prolifers oppose is the choice that takes an innocent life.

The next time you hear someone argue in favor of laws protecting the environment, try telling them they’re “anti-choice.” Well, of course they are anti-choice, on that particular issue, and that’s fine. Everyone is prochoice about some things and anti-choice about others. But somehow the media and pro-abortion advocates have managed to take the attention off of abortion and put it on choice. This is why prolifers are routinely referred to as “anti-choice.” If you can’t effectively argue in favor of abortion itself, an effective alternative is to use ad hominem arguments—you say “they’re anti-choice” as if that deals with the real issue at stake. It doesn’t.

Nearly all violations of human rights have been defended on the grounds of the right to choose. The slave-owners in this country a century and a half ago were prochoice. They said, “You don’t have to own slaves if you don’t want to, but don’t tell us we can’t choose to. It’s our right.” Those who wanted slaveholding to be illegal were accused of being anti-choice and anti-freedom, and of imposing their morality on others.

The civil rights movement, like the abolitionist movement one hundred years earlier, vehemently opposed the exercise of personal rights that much of society defended. It was solidly anti-choice when it came to racial discrimination. Whites historically had a free choice to own slaves, and later to have segregated lunch counters if they so chose. After all, America was a free country. But the civil rights movement fought to take away that free choice from them. Likewise, the women’s movement fought to take away an employer’s free choice to discriminate against women.

Nearly every movement of oppression and exploitation—from slavery, to prostitution, to pornography, to drug dealing, to abortion—has labeled itself prochoice. Likewise, opposing movements offering compassion and deliverance have been labeled anti-choice by the exploiters. At least with prostitution, pornography, and drugs, the victim usually has some choice. In the case of abortion, the victim has no choice. He is society’s most glaring exception to all the high-sounding rhetoric about the right to choose and the right to live one’s life without interference from others.

Photo by Letizia Bordoni on Unsplash

article April 21, 2010
Countless myths have been attached to the prolife movement. One example is the often-repeated statement, “Prolifers don’t really care about pregnant women, or about children once they’re born.” 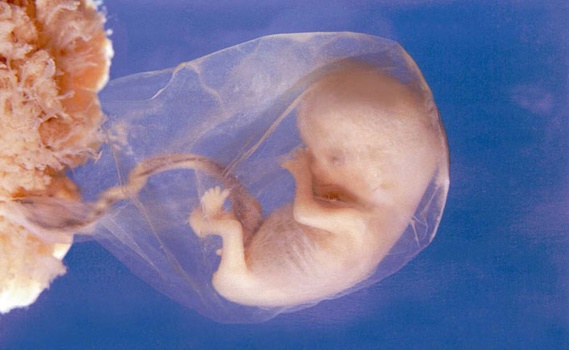 From Prochoice to Prolife by Hearing the Truth About Abortion

article December 18, 2009
Years ago I was given an amazing opportunity to address three thousand people, most of them high school students, for fifty minutes on the subject of abortion.
Invest in Eternity