Where in the Bible, Specifically, Does It Claim to Be the Sole and Final Rule of Faith? 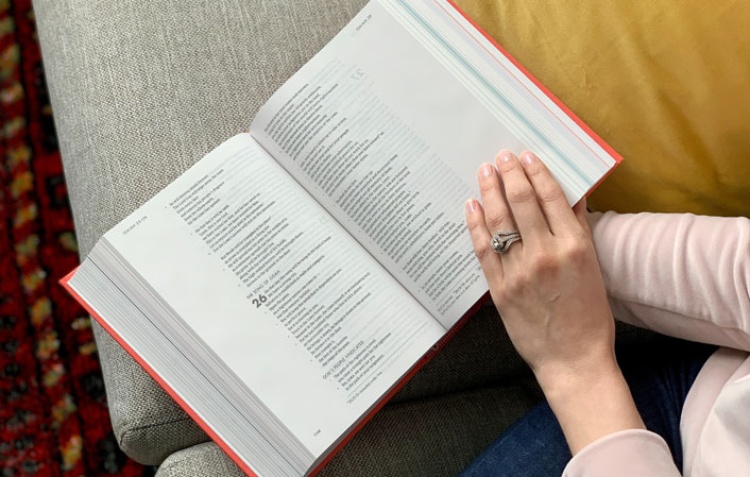 Where in the Bible, specifically, does it claim to be the sole and final rule of faith? (I’m referring to your article “Distinctive Teachings of Biblical Christianity”.)

In your Summer 2004 newsletter, you wrote an article entitled “Distinctive Teachings of Biblical Christianity”. I agree that most of your points are fundamental to the Christian life. But I find a fault with your third Bible tenet that the Bible is, “Solely and finally authoritative; all else is subordinated to it and judged by it, including personal experience, human wisdom, or supposed new revelation (spoken or written).”

Where in the Bible, specifically, does it claim to be the sole and final rule of faith? There are wonderful verses telling us that Scripture is “God-breathed and is useful for teaching, rebuking, correcting and training in righteousness” (2 Timothy 3:16). In the Gospel of Mark, Jesus says, “Are you not in error because you do not know the Scriptures or the power of God?” Surely the Scriptures are from God, and an immense help to us in knowing Him and His plan for our lives. Without them we would be much more likely to make errors of faith. But I have yet to find the verse that says, “The Scriptures are the sole rule of faith.” Where did that imperative come from? If it did not come from the Bible, how can we say that the Bible is the sole rule of faith?

Perhaps an argument can be made that, although there is no specific verse like the one above, all the other verses about Scripture, taken together, imply that the Bible is meant to be our rule of faith. But which Scriptures were the human authors of the New Testament talking about when they refer to “Scriptures”? The only Scriptures they knew were the Old Testament Scriptures. So we’d have to throw the New Testament out the window (please, let’s not!). And the Bible as we know it was only defined as a specific list of books around the 16th century. So what did all the Christians for the first 15 centuries have to rely upon?

You’re right that my belief in the ultimate authority of Scripture is based not on specific statement, but on the cumulative power of countless passages. (The same is true of the doctrine of the trinity and other major truths.) Among those passages are these:

...from infancy you have known the Holy Scriptures, which are able to make you wise for salvation through faith in Christ Jesus. All Scripture is God-breathed and is useful for teaching, rebuking, correcting and training in righteousness ... (2 Tim. 3:15-16).

For the word of God is living and active. Sharper than any double-edged sword, it penetrates even to dividing soul and spirit, joints and marrow; it judges the thoughts and attitudes of the heart (Hebrews 4:12).

We have the word of the prophets made more certain, and you will do well to pay attention to it, as to a light shining in a dark place, until the day dawns and the morning star rises in your hearts. For prophecy never had its origin in the will of man, but men spoke from God as they were carried along by the Holy Spirit (2 Pet. 1:19-21).

Now the Bereans were of more noble character than the Thessalonians, for they received the message with great eagerness and examined the Scriptures every day to see if what Paul said was true (Acts 17:11). The Berean Church used the Scriptures to verify the truthfulness of Paul’s teaching (Acts 17:11). Since an apostle, who penned over half the New Testament came under the scrutiny of the Scriptures, we must hold all religious teachers to the same accountability. They are not OVER the Scriptures but UNDER them.

The fallibility of Church leaders is evident in many passages. “When Peter came to Antioch, I opposed him to his face, because he was clearly in the wrong.... The other Jews joined him in his hypocrisy, so that by their hypocrisy even Barnabas was led astray. When I saw that they were not acting in line with the truth of the Gospel, I said to Peter in front of them all, ‘You are a Jew, yet you live like a Gentile and not like a Jew. How is it, then, that you force Gentiles to follow Jewish customs?’“ (Gal. 2:11-14).

Jesus, said, “They worship me in vain; their teachings are but rules taught by men. You have let go of the commands of God and are holding on to the traditions of men. Thus you nullify the word of God by your tradition that you have handed down. And you do many things like that.” (Mark 7:7-8, 13)

You said that the only writings recognized as Scripture were Old Testament. But Peter called Paul’s writings Scripture. 2 Peter 3:15-16, “And account that the longsuffering of our Lord is salvation; even as our beloved brother Paul also according to the wisdom given unto him hath written unto you; As also in all his epistles, speaking in them of these things; in which are some things hard to be understood, which they that are unlearned and unstable wrest, as they do also the other scriptures, unto their own destruction.”

Mark 7:7, “Howbeit in vain do they worship me, teaching for doctrines the commandments of men.”

Isaiah 8:20, “To the law and to the testimony: if they speak not according to this word, it is because there is no light in them.”

“As for the person who hears my words but does not keep them, I do not judge him. For I did not come into the world to judge the world, but to save it. There is a judge for the one who rejects me and does not accept my words; that very word which I spoke will condemn him at the last day. For I did not speak of my own accord, but the Father who sent me commanded me what to say and how to say it. I know that his command leads to eternal life. So whatever I say is just what the Father has told me to say.” (John 12:47-50)

The Scripture is even personified, as if it were God (cf. Galatians 3:8; Romans 9:17). It was B. B. Warfield who noted accurately that the writers of the New Testament could speak of the Scripture doing exactly what Scripture records Jehovah as doing. “And this naturally implies authority,” adds Ridderbos.2 The phrase “It is written” (gegraptai), used often in the New Testament, settles the matter beyond reasonable doubt.

Scripture claims authority for itself. The repeatedly-used statement “It is written” (46 times in Scripture, 33 in the New Testament) plainly asserts an authority for written Scripture. Also, the phrase “Scripture says” (seven times) and the phrase “according to the Scriptures” (three times), both indicating that an unqualified authority is located in the written text itself. In addition, we have repeated appeals by Jesus to “the law and the prophets” (38 times; e.g., Luke 24:44-47, a classic example).

The frequently used statement “according to the Scriptures” is a most significant clue to the ministry, death, burial and resurrection of Jesus. The epistles are not written as mere expressions of human opinion-albeit important religious opinion-but as an authoritative rule or canon for both doctrine and practice (e.g. 2 Peter 3:2, 16; 1 Timothy 5:8; 2 Thessalonians 3:6). Revelation 22:18-19 concludes the New Testament with a strong warning that men are not to add or subtract from the words of Scripture.

The written Word’s authority is derived from the Living Word’s authority, Jesus Himself. He endorsed the Old Testament Scriptures as the Word of God, both in specific statements and in how He used them (e.g., Matthew 5:17-20; 12:18-27; 26:52-54; Luke 10:25-26; 16:17). He foresaw the writing of the New Covenant Scriptures and who made provision for this by appointing the apostles to be His proxies so that they might lay the foundation of the church upon His unique person and work.

How Long Will We Rule? 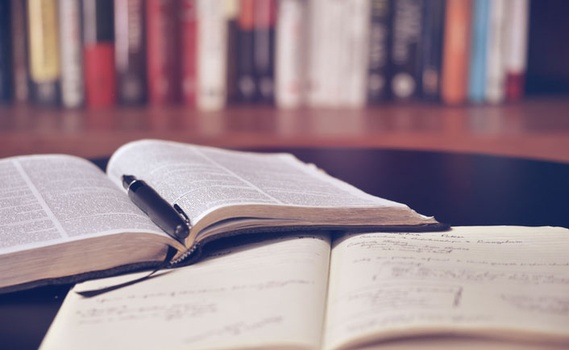