Why Do the Non-Elect Go to Hell, if Christ Paid the Penalty for Sin? 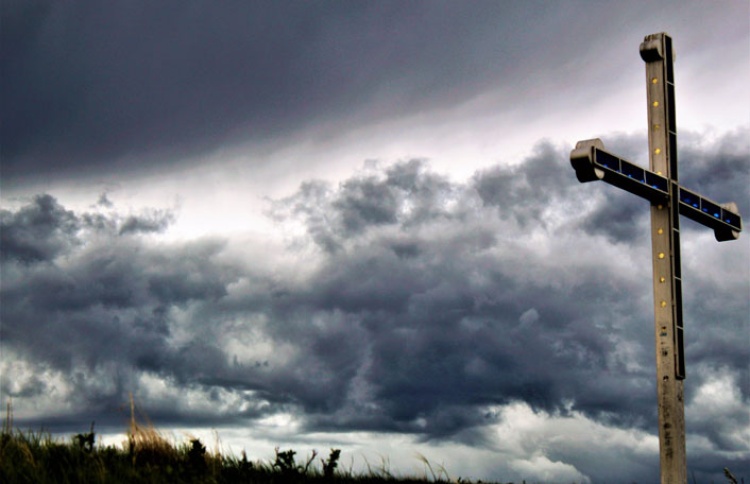 Let me give you a summary answer and then I will develop it Biblically for your consideration. Christ did, in deed, pay the penalty for sin; and, the extent of that payment could sufficiently cover every person that ever lived, is living, or will live on the earth. Hebrews 10:11-12 wonderfully asserts that “every priest stands daily ministering and offering time after time the same sacrifices, which can never take away sins; but He, having offered one sacrifice for sins for all time, sat down at the right hand of God.” However, Christ’s death did not save anyone. Each individual is saved when they personally exercise their faith. Anyone who dies without exercising personal faith in Christ will experience eternal death in hell.

The most direct Biblical statement addressing your question is found in the well-known passage in John 3:16-18. “For God so loved the world, that He gave His only begotten Son, that whoever believes in Him should not perish, but have eternal life. For God did not send the Son into the world to judge the world, but that the world should be saved through Him. He who believes in Him is not judged; he who does not believe has been judged already, because he has not believed in the name of the only begotten Son of God.” If a person does not believe, then they have chosen not to accept the payment, and they are judged in their original, sinful condition.

A modern example may help illustrate this. Several years ago, the IRS granted amnesty for all tax-evaders who would come forward by a certain date and agree to a payment plan. They would be forgiven of all the penalties for their crime. All they needed to do was formally accept the amnesty. If they did not come forward by the appointed time, they remained under their tax-evader status with full penalties due.

You pointed out that saving faith is a gift of God. All sinners are spiritually dead and do not desire to respond to God (Rom. 3:23; Rom. 6:23). God’s gift is the enlivening of the soul by the work of the Holy Spirit–undetected by the individual. The recipient of this grace desires to exercise faith in Christ and receive the effect of eternal life, already purchased by Christ’s blood. Ephesians 2:4-5 gives us the unseen side of salvation: “But God, being rich in mercy, because of His great love with which He loved us, even when we were dead in our transgressions, made us alive together with Christ (by grace you have been saved).” Acts 16:31 gives us the proper human response to this salvation: “Believe in the Lord Jesus, and you shall be saved.”

Let me address the “objection” that our human minds often raise against God at this point. Our sense of fairness, and our desire to control our own outcome, rush to the fore. How is it fair for God to choose some and not others? How can a just and loving God allow a non-believer to go to hell? Since no one can know the mind of God except God Himself, we will never come to a settled answer. However, we do have what God chose to reveal to us as a help.

The human concept of “fair” has no meaning in the infinite, holy realm of God. Ephesians 1:5 tells us that God chooses “according to the kind intention of His will.” That’s it! Paul deals with the human cry for “fairness” in Romans 9:20-23: “On the contrary, who are you, O man, who answers back to God? The thing molded will not say to the molder, ‘Why did you make me like this,’ will it? Or does not the potter have a right over the clay, to make from the same lump one vessel for honorable use, and another for common use? What if God, although willing to demonstrate His wrath and to make His power known, endured with much patience vessels of wrath prepared for destruction? And He did so in order that He might make known the riches of His glory upon vessels of mercy, which He prepared beforehand for glory.”

The Bible is written to reveal God to man, and is written to be understood from man’s view point. John 3:18-19 continues developing the issue of election and salvation with an expansion of God’s teaching that is often not considered. It presumes that we are freely-choosing beings; we only choose what we desire; we are responsible for our choices. In summary, John 3:18-19 says that God does not condemn anyone to hell. Every person who decides not to believe in Jesus during their life owns the responsibility of condemning themselves to hell. “He who believes in Him is not judged; he who does not believe has been judged already, because he has not believed in the name of the only begotten Son of God. And this is the judgment, that the light is come into the world, and men loved the darkness rather than the light; for their deeds were evil.”

No one can ever stand before God and say, “I wanted to believe, but You stopped me!” The reason is that every lost sinner loves darkness even though Light is clearly around them. “The wrath of God is being revealed from heaven against all the godlessness and wickedness of men who suppress the truth by their wickedness, since what may be known about God is plain to them, because God has made it plain to them. For since the creation of the world God’s invisible qualities– his eternal power and divine nature– have been clearly seen, being understood from what has been made, so that men are without excuse. For although they knew God, they neither glorified him as God nor gave thanks to him, but their thinking became futile and their foolish hearts were darkened. Although they claimed to be wise, they became fools” (Romans 1:18-22).

I do not know why I received a gift and another did not. What is clear is that I did not deserve it; while, the other is without excuse!

Photo by Harley Upton on Unsplash