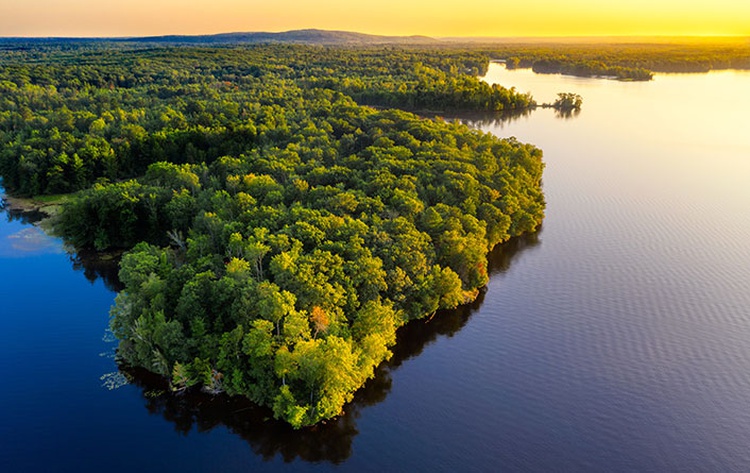 Reflecting on his life’s work, Victor Hugo spoke of anticipating his future work in Heaven. I love what he said:

I feel within me that future life. I am like a forest that has been razed; the new shoots are stronger and brighter. I shall most certainly rise toward the heavens the nearer my approach to the end, the plainer is the sound of immortal symphonies of worlds which invite me. For half a century I have been translating my thoughts into prose and verse: history, drama, philosophy, romance, tradition, satire, ode, and song; all of these I have tried. But I feel I haven’t given utterance to the thousandth part of what lies within me. When I go to the grave I can say, as others have said, “My day’s work is done.” But I cannot say, “My life is done.” My work will recommence the next morning. The tomb is not a blind alley; it is a thoroughfare. It closes upon the twilight, but opens upon the dawn.

I’m convinced that Hugo was right in saying that every Christian’s life’s work, though not always his or her vocation, will continue on the New Earth. After all, our calling to glorify God will never end. It applies as much here and now as it will then and there, and it will likely be fulfilled in many old ways as well as new ones.

To borrow Rick Warren’s book title, surely the purpose-driven life does not end at death, but rather becomes more rich and fulfilling and UNIMPAIRED in the world to come than its ever been.

In The Biblical Doctrine of Heaven, Wilbur Smith suggests, “In heaven we will be permitted to finish many of those worthy tasks which we had dreamed to do while on earth but which neither time nor strength nor ability allowed us to achieve.” This is an encouraging thought. It saves us from frantically thinking that we have to do it all now, or from giving up in despair because of the limits of time, money, and strength, and the duties that keep us from certain things we’d love to do.

This throws some measure of relieving light upon the painful mystery of a life brought to a sudden close in the fullness of its power. In the presence of such a tragedy we instinctively ask, Why this waste? Is all the training, discipline, and culture of this choice spirit to be lost? It cannot be; for in God’s universe nothing is ever lost. No preparation is ever in vain. There is need up there for clear heads, warm hearts, and skilled hands.... If some kinds of work are over, others will begin; if some duties are laid down, others will be taken up. And any regret for labour missed down here, will be swallowed up in the joyful anticipation of the higher service that awaits every prepared and willing worker in the upper kingdom of the Father.... He will allow no heaven-born hope to be put to shame, but will bring to realization life’s brightest visions.

We are told in Revelation 22 that we will serve God and reign with Christ forever on the New Earth. What will it be like to perform a task, to build and create, knowing that what we’re doing will last? What will it be like to be always gaining skill, so that our best work will always be ahead of us? Because our minds and bodies will never fade and because we will never lack resources or opportunity, our work won’t degenerate. Buildings won’t last for only fifty years, and books won’t be in print for only twenty years. They’ll last forever.

One day Nanci read me letters we’d never before seen translated, written in 1920 by her grandmother Ana Swanson to her family in Sweden. Ana suffered severe health problems. While she was in Montana, cared for by relatives, her husband, Edwin, was in Oregon, working and caring for their seven children day and night. Ana’s letters tell how Edwin wore himself out, got sick, and died. Because Ana was too weak to care for her younger children, they, including Nanci’s mother, Adele, were given up for adoption to a number of families, split up from each other. Ana’s letters reflect her broken heart, her nagging guilt...and her faith in God.

Nanci and I were overcome with tears as we read those letters. What tragic lives. What inconsolable disappointment and pain. Ana and Edwin loved Jesus. They once had great dreams for their lives and family. But poor health, misfortune, separation, and death forever stripped them of each other, their children, and their dreams.

As Nanci and I talked, we considered what God might choose to give this broken family on the New Earth. Perhaps they’ll go together to places they would have gone if health and finances had allowed. Certainly Ana won’t be plagued by illness, fatigue, grief, anxiety, and guilt. Isn’t it likely their gracious God, who delights in redemption and renewal and restoration, will give them wonderful family times they were robbed of on the old Earth? Perhaps the God of second chances won’t merely comfort Ana by removing her grief for what she lost. Perhaps he will in some way actually restore what she lost.

Our God won’t just take away suffering; he’ll compensate by giving us greater delights than if there had been no suffering. He doesn’t merely wipe away tears; he replaces those tears with corresponding joys. Hence, “our present sufferings are not worth comparing with the glory that will be revealed in us” (Romans 8:18).

I believe the New Earth will offer us opportunities we wished for but never had. God’s original plan was that human beings would live happy and fulfilling lives on Earth. If our current lives are our only chances at that, God’s plan has been thwarted. Consider the injustice—many honest, faithful people languished in prison, while some dishonest and unfaithful people seemed to fare much better.

But God is not unjust, and this is NOT our only chance at life on Earth. The doctrine of the New Earth clearly demonstrates that.

Jesus tells the hungry they’ll be satisfied. Those whose eyes are swollen with tears will laugh. Those persecuted should leap for joy now. Why? Because of their great reward in Heaven later. Heaven, he is telling us, will be a place where God will compensate for our losses here, by giving us corresponding gains there. Weep now? You’ll laugh there. You’ll have in Heaven what you lacked here.

In the parallel passage Jesus says, “Blessed are the poor in spirit, for theirs is the kingdom of heaven. Blessed are those who mourn, for they will be comforted. Blessed are the meek, for they will inherit the earth” (Matthew 5:3-5). Earth is the setting for God’s ultimate comfort, for his reversal of life’s injustices and tragedies. We will live on what we inherit—the earth. All the blessings Jesus promised will be ours in the place we will live—the New Earth. God will bring Heaven to Earth.

I believe it’s likely that on the New Earth Ana and Edwin Swanson and their children will be able to experience much of what they didn’t on the old Earth. God promises to make up for the heartbreaks of this earth. And He gives his grace in abundance, beyond all that we ask or think.

Are any of us living with the disappointment of unfulfilled dreams? In Heaven we may shed some dreams as secondary and unworthy, but other dreams we will still have, I think, only to find their fulfillment. Did poverty, poor health, war, or lack of time prevent you from pursuing an adventure or dream or going to some wonderful place? Did you never get to finish building that boat or painting that picture or writing that book—or reading that pile of books? Good news. The New Earth will be a land of second chances. Worthy dreams, those from God, will yet be fulfilled, and far more new dreams besides.

Speculation? Some of it. But if you listen to the words of Jesus, weigh the far reaches of Christ’s redemptive work, grasp the meaning of resurrection and the New Earth, and above all if you know the amazing grace and surprising kindness of our God...then in my mind these are dreams that we have every reason to believe will not only be met, but far exceeded.

Photo by Dave Hoefler on Unsplash

Ezekiel 36:33-36 and the Restoration of All Things

video May 29, 2013
Randy Alcorn quotes Thomas Aquinas, John Calvin and other theologians about the resurrection of the world and concludes with a quote from Ezekiel 36. This video clip was excerpted from Randy's Eternity 101 DVD class.

Will the Earth Be Destroyed or Resurrected?

video May 29, 2013
Randy Alcorn talks about 2 Peter 3 and whether the earth will be destroyed or resurrected. This video clip was excerpted from Randy's Eternity 101 DVD class.
Invest in Eternity