Do People Presently in Heaven Have Bodies, or Some Temporary Physical Form Prior to the Resurrection? 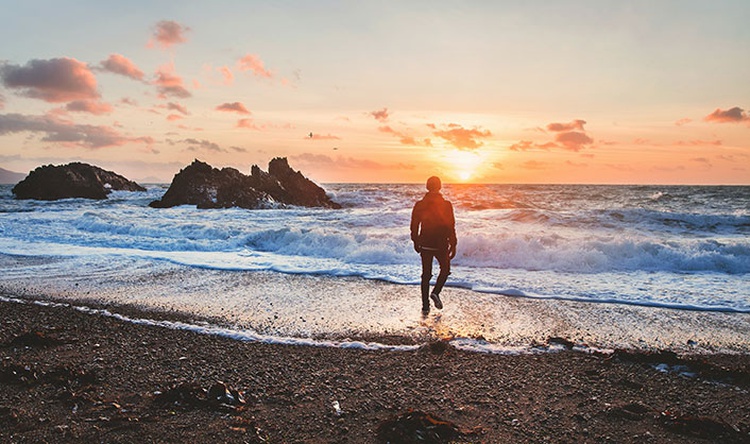 Unlike God and the angels, who are in essence spirits (John 4:24; Hebrews 1:14), human beings are by nature both spiritual and physical (Genesis 2:7). God did not create Adam as a spirit and place it inside a body. Rather, he first created a body, and then breathed into it a spirit. There never was a moment when a human being existed without a body. Neurophysiologic studies reveal an intimate connection between the body and what has historically been referred to as the soul—which includes the mind, emotions, will, intentionality, and capacity to worship. It appears that we are not essentially spirits who inhabit bodies, but we are essentially as much physical as we are spiritual. We cannot be fully human without both a spirit and a body.

Given the consistent physical descriptions of the present Heaven and those who dwell there, it seems possible—though this is certainly debatable—that between our earthly life and our bodily resurrection, God may grant us some physical form that will allow us to function as human beings while in that unnatural state “between bodies,” awaiting our resurrection. Just as the intermediate state is a bridge between life on the old Earth and the New Earth, perhaps intermediate bodies, or at least a physical form of some sort, serve as bridges between our present bodies and our resurrected bodies.

The apostle Paul says, “Meanwhile we groan, longing to be clothed with our heavenly dwelling, because when we are clothed, we will not be found naked. For while we are in this tent, we groan and are burdened, because we do not wish to be unclothed but to be clothed with our heavenly dwelling, so that what is mortal may be swallowed up by life” (2 Corinthians 5:2-4). Some take this to mean that the intermediate state is a condition of disembodied nakedness. They may well be right. Others, however, believe that Paul is longing to be with Christ (Philippians 1:21), but he cannot long for a state of Platonic nakedness, which he considers repugnant. Thus, they ­under­stand Paul to be saying that at death we are immediately clothed by a heavenly dwelling (whether Heaven itself or an intermediate form), in which we will await our resurrection.

There is evidence that suggests the latter position could be correct. For instance, the martyrs in Heaven are described as wearing clothes (Revelation 6:9-11). Disembodied spirits ­don’t wear clothes. Many consider the clothes purely symbolic of being covered in Christ’s righteousness. Of course, they could also be real clothes with symbolic meaning, just as the Ark of the Covenant had symbolic meaning but was also a real, physical object.

A fundamental article of the Christian faith is that the resurrected Christ now dwells in Heaven. We are told that his resurrected body on Earth was physical, and that this same, physical ­Jesus ascended to Heaven, from which he will one day return to Earth (Acts 1:11). It seems indisputable, then, to say that there is at least one physical body in the present Heaven.

If Christ’s body in the present Heaven has physical properties, it stands to reason that others in Heaven might have physical forms as well, even if ­only temporary ones. It also makes sense that other aspects of the present Heaven would have physical properties—so that, for example, when Christ is seen standing at the right hand of God (Acts 7:56), he is actually standing on something. Otherwise we would have to conclude that the resurrected (and thus, embodied) Christ has been floating for two thousand years in a realm without material substance. (He could, of course, but does he?) If we know there is physical substance in Heaven (namely, Christ’s body), can we not also assume that other references to physical objects in Heaven, including physical forms and clothing, are literal rather than figurative?

Enoch and Elijah appear to have been taken to Heaven in their physical bodies. “Enoch walked with God; and he was not, for God took him” (Genesis 5:24, NASB). Apparently Enoch’s body was not left behind to bury. The Septuagint translates it as Enoch “was not found.” Hebrews 11:5 explicitly says that Enoch ­didn’t die: “By faith Enoch was taken away so that he did not see death, ‘and was not found, because God had taken him’ ” (NKJV). Similarly, Elijah was taken to Heaven without dying and without leaving a body behind: “Elijah went up by a whirlwind into heaven. And Elisha . . . saw him no more” (2 Kings 2:11-12, NKJV).

Given that at least one and perhaps three people now have bodies in Heaven, ­isn’t it possible that others might be given physical forms as well?

Moses and Elijah appeared physically with Christ at the Transfiguration (Luke 9:28-36). Because they’d already gone to Heaven (Moses having died and Elijah having been taken from Earth in a whirlwind), if souls in the present Heaven are disembodied, God would’ve had to create temporary bodies for them when they came from Heaven to be with ­Jesus on the mountain. If so, they would have gone from being disembodied to embodied, and after the Transfiguration become disembodied again to await the final resurrection.

A second possibility is that Moses and Elijah came to Earth in the same temporary bodies they already had in Heaven. (In Elijah’s case, his temporary body might even have been his original earthly body, which had never died.) If Moses and Elijah came to Earth with the same temporary bodies they had in Heaven, they could have returned to Heaven just as they were. Did their joining Christ on Earth require them to become something else, or did it simply involve their coming somewhere else? Was it that they were temporarily embodied, or merely temporarily relocated?

The physical presence of Moses and Elijah at the Transfiguration seems to demonstrate beyond question that God at least sometimes creates intermediate bodies for people to inhabit prior to the resurrection.

Photo by Joshua Earle on Unsplash

Is 1 Thessalonians 4:17 Referring to Our Resurrection Bodies?

article September 5, 2018
Question from reader: In Heaven, you make a case that we will have some type of body in the intermediate Heaven. So what body do we receive in 1 Thessalonians 4:17? It says, “Then we who are alive, who are left, will be caught up together with them in the clouds to meet the Lord in the air, and so we will always be with the Lord.”

article January 3, 2018
With our finite understanding, it’s a logical conclusion that if the souls of the martyrs can be seen, in a certain location–under the altar—and they can cry out with a loud voice, then they have bodies to make those things possible. God may have a different way to make those things possible, but we have no particular reason to think so.
Invest in Eternity