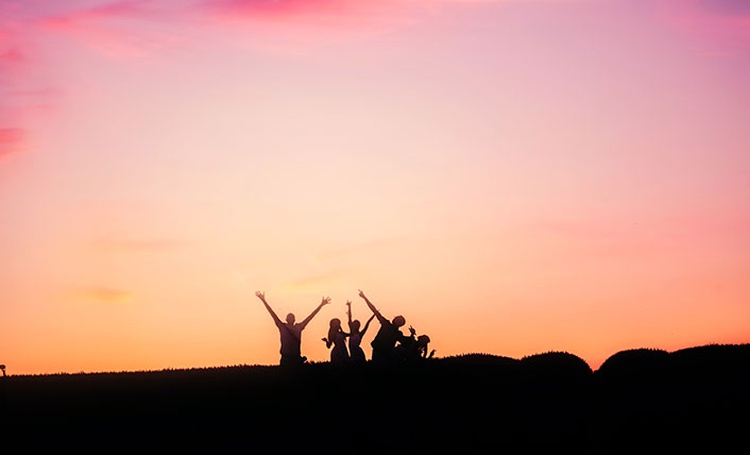 Excerpted from In Light of Eternity

But what will we be like there? I mentioned before that we’re used to thinking how different heaven will be than earth, and the false notion of it being totally different is what keeps us from getting excited about it. Likewise, one of the great myths about heaven is that we will be so different there, we won’t really be us!

Torel reminds Dani in Dominion, “It is you in heaven, not some new creature that did not exist on earth. The same person who steps out of earth is the one who steps into heaven.”

Dani held a common misconception: “I had thought,” she told Torel, “that in heaven we’d be spirits without bodies.”

Torel looked at her as if this were ludicrous. “How could that be? Have you not read that Elyon created a body, then breathed into it a spirit, and only when there was both body and spirit was there a living human being? To be human is to be both spirit and body. To cease to be either is to cease to be human....

“You do not become inhuman in heaven. Rather, you become fully human-all that Elyon intended from the beginning that you should be.”

It’s the future fullness of our humanity—not a departure from humanity - that will mark the difference between what we are in heaven and what we are today on earth. Remember, there were human beings before sin. We will be human beings after sin—far better human beings, but never non-human beings. We will have everything that makes a person a person. We will finally be all God intended us to be when he made us. We will not be less human—if anything, we will be more human.

What will that difference mean in regard to our appearance? What will we look like in heaven?

We find clues in what we read about Christ’s resurrection body, which appears to be the model and prototype for our own heavenly bodies (1 Corinthians 15:20; 15:48-49; Philippians 3:21; 1 John 3:2). It seems a logical conclusion, then, that whatever was true of his resurrection body will be true of ours.

After His resurrection, Jesus emphasized that He was not a “ghost” - a disembodied spirit—but had a physical body (Luke 24:37-39). On a few occasions, Jesus wasn’t recognized at first (John 20:15; Luke 24:15-16), suggesting that there was some change in his appearance, and therefore there may also be some change in ours. (Most of us would welcome some change, wouldn’t we?) Then, after being with Him a while, His disciples suddenly recognized Him (John 20:16; Luke 24:31). This may suggest that despite any change in outer appearance, the inner identity of the people we know may shine through, especially to eyes enlightened by heaven.

This perceptible inner reality is what I portray in Deadline: Finney looked at his welcoming party and wondered if they were wearing special attire or if this was simply the standard dress of heaven. Yet actually he wasn’t sure this was clothing at all. It seemed at first like white robes, dazzlingly bright yet not hurtful to his eyes. But each person’ s appearance was distinctly different from the other. The similarity spoke of their shared purity and common Lord, and the differences of their unique personalities and gifts and histories.

But the clothing, if that’s what it was, seemed more an organic growth from the body than separate apparel. Rather than concealing, it seemed designed to reveal something which on earth would have been hidden within. When he looked at an individual...he seemed to see so much more than he’d ever seen before. On earth the outward appearance could deceive and often did. But here the outward appearance seemed to reflect and draw attention to the inner person, to his or her character. And somehow Finney caught hints and impressions of the person’s unique background and history.

In our resurrected state we will have real “spiritual” bodies with physical substance (1 Corinthians 15:42-44). We will be capable of talking, walking, touching, and being touched (Luke 24; John 20-21). Christ’s resurrection body had an ability to appear suddenly, apparently coming through a locked door to the apostles (John 20:19), and “disappearing” from the sight of the two disciples at Emmaus (Luke 24:31). If our own resurrection bodies have these same properties, this suggests we may be able to transcend present laws of physics and to move and travel in some way we’re now incapable of. It may sound like science fiction, but it seems very likely it is true. Christ ate food in His resurrection body, and He (and we) will eat and drink in heaven (Luke 14:15; 22:18). Most of us like to eat and drink, and every reference to sitting at a table and having a banquet in heaven should forever rid us of the notion of our being ghosts and heaven being a realm of ghosts.

Though we will eat and drink, there will be no hunger or thirst in heaven (Revelation 7:16). Our heavenly bodies apparently won’t need what is now essential—food, drink, oxygen, covering—but we’ll nonetheless be fully capable of enjoying some or all of these things (and no doubt many more). Between the time of our entrance to heaven and our resurrection, we may have temporary pre-resurrection bodies (Luke 16:19-26; Revelation 6:11). This fits the notion that, unlike God and the angels - who are in essence spirits, though capable of inhabiting bodies (John 4:24; Hebrews 1:14)—human beings are in essence both spiritual and physical (Genesis 2:7). A temporary body would allow us to retain the qualities of full humanity from the time our earthly life ends, until we receive our resurrected bodies. A godly Christian man once told me that the thought of eating and drinking and other physical activities in heaven seemed “unspiritual” to him. He just couldn’t grasp or welcome the biblical teachings of the tangible nature of our heavenly bodies and the heavenly state. But this teaching shouldn’t surprise us, since each of us has both a spiritual and a physical dimension. We don’t become inhuman in heaven; rather, we become everything humans are capable of, by virtue of both creation and redemption.

An example of our common misconceptions on this is the view that none of us will be male or female in heaven, based on what Jesus says in Matthew 22:30—”At the resurrection people will neither marry nor be given in marriage; they will be like the angels in heaven.” But that passage doesn’t teach that we’ll be genderless. After all, gender is a God-created aspect of humanity. It simply states there’ll be no marriage in heaven. And that’s all it teaches.

This is an issue Finney takes up with his angel host Zyor in Deadline: “But I am still a man here, and everyone I see is clearly male or female, more distinctly in fact than on earth. I had thought perhaps there would be no gender here. I had read that we would all be...like angels, like you.” Zyor looked immensely surprised at this.

“You are like us in that you do not marry and bear children here. But as for your being a man, what else would you be? Elyon may unmake what men make, but he does not unmake what he makes. He made you male, as he made your mother and wife and daughters female. Gender is not merely a component of your being to be added in or extracted and discarded. It is an essential part of who you are.”

Much of our misunderstanding in this regard stems from the Greek Platonic belief that the body is evil, and the spirit’s highest destiny is to be forever free from the body. But the Bible teaches something Plato didn’t grasp—that God is the Creator of both body and spirit, both of which were marred by sin, but both of which are redeemed by Christ. True, I need to be delivered from my earthly body, which is subject to sin and decay (Romans 7:24). But the promise of the heavenly state is not the absence of body, but the attainment of a new and sinless body and spirit. Sometimes when we try to get more “spiritual,” we end up undermining what is truly spiritual. In 1 Corinthians 15, Paul regards the new body—not simply the new spirit—as essential to our redemption. If the body is not redeemed, then man is not redeemed, since man is by nature body as well as spirit. A spirit without a body, like a body without a spirit, is not the highest human destiny. Rather, it would be a state of incompleteness, an aberration from the full meaning of humanness.

Consider again Zyor’s words about Finney’s masculinity—”It is an essential part of who you are.” And who you are now on earth is who will be set free for fulfillment in heaven—the same you, yet different.

“I find,” Dani says to Torel in Dominion, “that what I experience in heaven is largely an outgrowth of earth. The two aren’t disconnected. It’s not a new and separate reality as much as an extension of the old reality.... My mind is the same mind, only sharper; my soul the same soul, only completely pure. My skills are the same skills, but less hindered in their expression....”

Yes, God will change us in heaven—aren’t you glad? But he will not remove or replace us—that’s something to be glad for too.

For more information on this subject, see Randy Alcorn's books In Light of Eternity and Heaven.

Photo by Nemuel Sereti on Unsplash

How Do You Think Christians Usually View Heaven?

audio November 6, 2013
Randy talks about how he thinks Christians usually view Heaven and how that's different than Heaven will actually be, speaking in a radio interview, July 2013.

Who Will Be in Heaven and What Will It Be Like?

audio September 24, 2013
Randy discusses what Scripture teaches about who will be in Heaven and what it will be like, in an interview with pastor Greg Laurie at Harvest Church in Riverside, CA, November 2011.

When We Arrive in Heaven What Will We See?

audio March 27, 2013
In this audio Q&A, Randy answers the question "When we arrive in Heaven what will we see?"
Invest in Eternity