Can Christians Who Die See Us from Heaven? 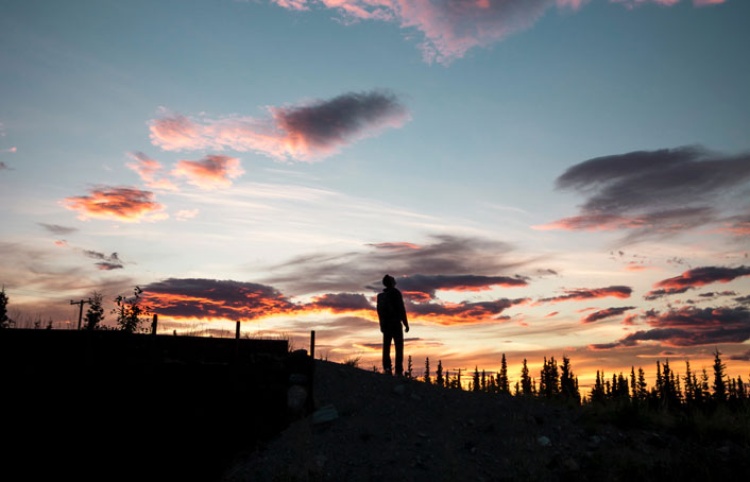 Note: This question and answer originally appeared as an article in Today's Christian Woman magazine titled "Watching and Waiting".

My mother recently passed away. She was a Christian and I know she’s with the Lord, but can you tell me if she can see me from Heaven?

According to popular thought, where Christians go when they die is the same place they will spend eternity. But that’s not what Scripture says. Revelation 21:1-4 tells us that after Christ’s triumph at the end of the world, we’ll live forever with him on the New Earth as resurrected beings.

In the meantime, Christians go to be with Christ when they die. What an encouragement to know that your mother is there with the Lord! My mom was one of the closest friends I’ve ever had, and she’s been there for twenty-three years this week. I can’t wait (but I will) to see her again.

Theologians call this place where our mothers now live “the intermediate heaven,” and we learn a great deal about it from the apostle John’s vision in Revelation 6:9-11: “I saw under the altar the souls of those who had been slain because of the word of God and the testimony they had maintained. They called out in a loud voice, ‘How long, Sovereign Lord, holy and true, until you judge the inhabitants of the earth and avenge our blood?’ Then each of them was given a white robe, and they were told to wait a little longer, until the number of their fellow servants and brothers who were to be killed as they had been was completed.”

This passage demonstrates that those in heaven are the same people—only relocated. There’s continuity of identity from this life to the next. Your mother is now one of what Hebrews 12:23 calls the “righteous men made perfect.”

Notice that the martyrs are aware of what happens on earth when they ask God, “How long... until you judge the inhabitants of the earth and avenge our blood?” They know those who killed them haven’t yet been judged. That means the martyrs remember their lives on earth, even that they were murdered. Some say people in heaven can’t remember or see life on earth because knowing of evil would diminish heaven’s happiness. But that’s not true. The key to heaven’s joy isn’t ignorance, but perspective.

For example, when called from heaven to the Transfiguration, Moses and Elijah “appeared in glorious splendor, talking with Jesus. They spoke about his departure, which he was about to bring to fulfillment at Jerusalem” (Luke 9:31). They seemed fully aware of what was transpiring on earth, and what God was about to do.

Also consider this: Christ referred to “rejoicing in heaven over one sinner who repents” (Luke 15:7). Similarly, he said, “there is rejoicing in the presence of the angels of God over one sinner who repents” (Luke 15:10). It doesn’t speak of rejoicing by the angels but in the presence of angels. Surely this includes saints in heaven, who would be overjoyed by human conversions, especially of those they knew and loved on Earth. To rejoice over conversions on Earth, they must be aware of what is happening on Earth—not generally, but specifically.

Hebrews 12:1-2 tells us to “run with perseverance the race marked out for us.” It evokes the image of Greek competitions watched by throngs of engrossed fans sitting high in ancient stadiums. The saints who’ve gone before us are called a “great cloud of witnesses.” This imagery suggests those saints—veteran spiritual athletes—watch us and cheer us on from the great stadium of heaven. (Note that the witnesses are said to “surround” us, not just to have preceded us.)

Earth is center stage, awaiting the universe’s climactic event: Christ’s return. In heaven, Christ watches closely what transpires on earth, especially in the lives of believers (Revelation 2-3). If God’s attention is on earth, why wouldn’t the attention of his loyal subjects be here too?

So, I believe Scripture clearly suggests your mother, who’s now in heaven, is witnessing God’s unfolding plan on earth. She lives in a place where joy is the air she breathes, and nothing she sees on earth can diminish her joy. Her joy doesn’t depend on ignorance, but perspective, drawn from the Christ in whose presence she lives. If you’re following Jesus, no doubt your mother is rejoicing over you. She’s looking forward to your great reunion. In fact, when you enter heaven, I think she’ll be among those right there with Jesus to give you a “rich welcome” (2 Peter 1:11).

Heaven by Randy Alcorn (Tyndale)
One Minute After You Die: A Preview of Your Final Destination by Erwin Lutzer (Moody)
Heaven: Your Real Home by Joni Eareckson Tada (Zondervan)