From Lord Foulgrin’s Letters, a novel by Randy Alcorn (inspired by C. S. Lewis’s The Screwtape Letters)

These half-spirit, half-animal hybrids who inhabit this planet, our planet, are an endless source of fascination and frustration. They’re such creepy little things, misshapen balloons of flesh, bloated bags of liquid and alloy. Grossly inferior to spirit beings, they should be our servants—yet the Enemy would have made us theirs!

As you deal with Fletcher or any of them, remember in the end they are but raw material, to be used by us against Him or by Him against us. They’re weapons to wield in our jihad against heaven, that oppressive citadel called Charis.

Never forget the reason we revoked our citizenship—to establish the new and greater realm of Erebus, that mighty domain of which hell is but a junkyard, a ghetto for human slaves. (The Enemy claims we shall one day join them there—I think not, but if the worst proves true let’s first do all the damage we can.) Our kingdom is being built each day with the bony bricks and bloody mortar of the Enemy’s precious image-bearers—including your cockroach Fletcher.

Picture it, Squaltaint: The sludgebags are caught in the crossfire between Erebus and Charis. Skiathorus, what they call earth—that festering wound, that canker sore of the cosmos—is the battlefield where two rival kingdoms vie for the allegiance of puny men. The delicious thing is, the vast majority of them don’t have a clue about the raging battle. How can they prepare for a battle they don’t even know they’re in? And how can they win a battle they haven’t prepared for?

Foulgrin’s rule number one: Keep them in the dark.

The central question is always this—how can we exact revenge on the Enemy? It was He who evicted us from our rightful dwelling, He who chose the sludgebags over us. He made ours a government in exile, driving us out to the hinterlands of the spirit realm, where we have no place to call our own until we colonize Skiathorus.

What can we do to inflict pain on this Creator who at first glance appears untouchable?

Intelligence gathering yields the answer. The Carpenter gave it away when He asked that vermin Paul, "Why do you persecute me?" Well, who was He persecuting but Christians?

There you have it, so simple it’s elegant: To persecute them is to persecute Him. By striking out at them—and at all his weak and vulnerable image-bearers—we kill the Enemy in effigy. Better yet, we actually inflict harm on Him.

In and of themselves the vermin are utterly insignificant. But because the Enemy places such value on them, they become immensely useful to us. What better way to hurt the divine parent than to kidnap His children, brainwash and torture them? Delightful, isn’t it? As you hatch your plots for Fletcher, Squaltaint, never lose sight of the big picture.

... The scientist must know the lab rats or he will not be able to use them to greatest advantage. Guided by my keen eye, you will come to understand your human prey. You will learn to stalk them, developing the keen instincts of the predator.

Submit immediately detailed information on Jordan Fletcher. In my next letter, I’ll advise you concerning my strategy of team temptation. Bear in mind I may pay a visit to the field at any time. Unannounced.

To get you started, here are Foulgrin’s Rules of the Sting:

Find just the right bait, tailor-made for him. Be sure the hook is well hidden.

Use as many lures as you can. He may pass on one but bite on the next, or spend his life moving from one to the other.

Make him promises and actually keep a few now and then, so he doesn’t catch on to the setup.

Tempt your prey with what he wants to have, but give him what you want him to have. Lure him, coddle him, reassure him all will be well, even as you fatten him for Lord Satan’s altar.

If you’re somehow unfamiliar with my past campaigns and decorations, you should review the attached sixty page vita, which summarizes a smattering of my accomplishments over the millennia. Attached also are Foulgrin’s 66 Rules of Temptation, an acknowledged classic. Read, marvel, and obey.

There are many reasons to follow my orders. First is our common commitment to retaliation against the Enemy and aggression against the sludgebags. Second is the punishment I’ll inflict upon you if you let me down. I’ll celebrate your victories with you, but should you fail, I’ll discipline you severely. Mercy is the Enemy’s weakness—not mine. We are forging the only sort of alliance that works in Erebus, a coalition of mutual self-interest that keeps our house from being divided against itself. For both our benefits you must deceive and destroy Fletcher.

We must be subtle with them, though I am sick of subtleties. I lift my fists against Charis and curse its groping hand! I call upon the circle of darkness to crush the Tyrant and ravage the human vermin.

Molech nargul dazg! May the insurrection rise again, may we come forth with power and destroy the Carpenter, shed His blood anew. We will ascend once more to the heights of Charis, storm its gates, invade the city, silence the cherubim. We will torch heaven with the fire of our breath and dismantle it by the power of our hands. We will, Squaltaint! We must!

May the words of ancient darkness summon the age-old magic of our rebellion. Malevolence, fall upon them. Anarchy, reign. Chaos, have your way. Powers of darkness, join together to destroy the image-bearers and dethrone the Tyrant!

Ah...but for the moment, back to the business at hand. I eagerly await your first report.

We always work best in the dark.

article July 5, 2010
The following paragraphs represent a sixth draft of a statement of principles developed by a diverse group of pastors and professors represent­ing various evangelical traditions. I am the primary author of this document, but it has been developed with extensive interaction in the group. 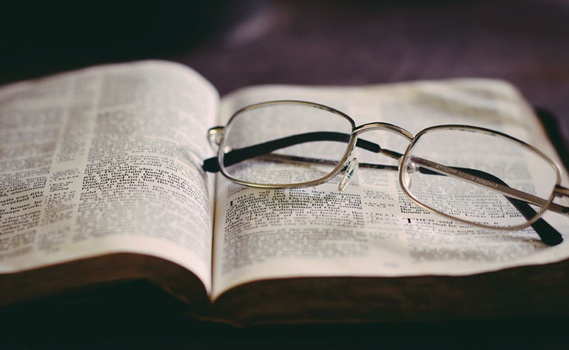 Basic Principles for Dealing with the Demonic

article January 1, 2008
The principle of authority is that we are in the kingdom of Christ. Jesus is Lord and head of all power and author­ity. Satan has absolutely no legitimate authority over the believer.
Invest in Eternity