What Are the New Jerusalem’s Dimensions? 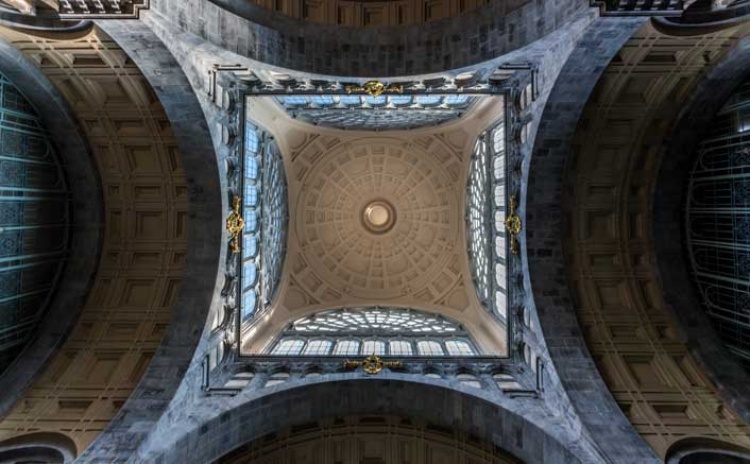 The city’s exact dimensions are measured by an angel and reported to be 12,000 stadia, the equivalent of 1,400 miles or 2,200 kilometers, in length, width, and height (Revelation 21:15-16). Even though these proportions may have symbolic importance, this doesn’t mean they can’t be literal. In fact, Scripture emphasizes that the dimensions are given in “man’s measurement” (Revelation 21:17). If the city really has these dimensions (and there’s no reason it couldn’t), what more could we expect God to say to convince us? (I deal with whether the dimensions are literal in appendix B of my book Heaven, “Literal and Figurative Interpretation.”)

A metropolis of this size in the middle of the United States would stretch from Canada to Mexico and from the Appalachian Mountains to the California border. The New Jerusalem is all the square footage anyone could ask for.

Even more astounding is the city’s 1,400-mile height. Some people suggest this is the reach of the city’s tallest towers and spires, rising above buildings of lesser height. If so, they argue that it’s more like a pyramid than a cube.

Given the dimensions of a 1,400-mile cube, if the city consisted of different levels (we don’t know this), and if each story were a generous twelve feet high, the city could have over 600,000 stories. If they were on different levels, billions of people could occupy the New Jerusalem, with many square miles per person.

If these numbers are figurative, not literal (and that is certainly possible), surely they are still meant to convey that the home of God’s people will be extremely large and roomy.

Photo by Juliana on Unsplash

Will Heaven Have Streets of Gold Like the New Jerusalem?

video July 10, 2013
Randy Alcorn explains that Scripture doesn't give us many details about things outside of the New Jerusalem. But it does seem to indicate that there are many nations and many people on the the New Earth living outside the New Jerusalem. This video clip was excerpted from Randy's Eternity 101 DVD class.

Does the New Jerusalem Exist Now?

video May 29, 2013
Randy Alcorn answers a question from a student about the New Jerusalem and whether it currently exists in the present Heaven or not. This video clip was excerpted from Randy's Eternity 101 DVD class.

If Jesus Will Reign in New Jerusalem Will Anyone Want to Live Anywhere Else?

audio June 2, 2010
Randy Alcorn answers the question,"If Jesus will reign in New Jerusalem will anyone want to live anywhere else?"
Invest in Eternity