What Is True Repentance? 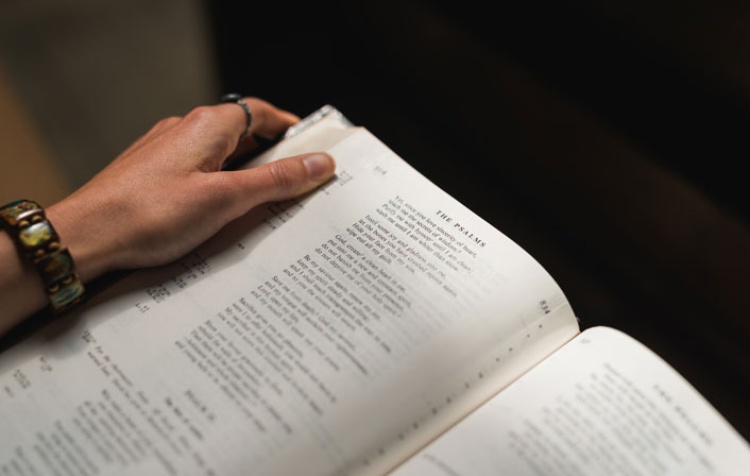 Queston from a reader:

What is true repentance? My pastor committed immorality and says he is truly sorry. But I question if he is really repentant. He is an eloquent speaker, can be very persuasive, and is now being critical of the church leaders who are “not showing grace” as he says. This is causing dissension in our church body.

Repentance is more than reciting well-calculated words with a view toward minimizing our losses. Repentance, when it is genuine, is in fact not accompanied by calculation at all. It is utterly vulnerable. It confesses more than has been found out. It never withholds information in the hope that one’s image and reputation will be preserved. It puts itself at the mercy of others, it does not presume to direct or control them.

It is possible to recognize and even confess one’s sin of pride, while going right on committing the sin of pride. In fact, the proud man knows it is virtuous to appear humble, so he can say the “right words” of humility, check off the box of penance, and then demand that he be restored to whatever his own sin, for which he was fully responsible, has taken from him. Suddenly others are the bad guys and he is but the penitent man of humility who is being sorely mistreated by the self-righteous.

An unrepentant spirit will continue to manipulate, to use people to further its own ends. While claiming to value people, the manipulator uses them to his own ends, rallying people to stand for him and sacrifice on his behalf in a battle in which they do not know what’s real and what’s at stake. He tries to control them by feeding them information and using his gifts of eloquence and persuasion. If nothing else, this alone proves he is far from at a point wherein people should be entrusted to his counsel and care.

Our skill in communication is not only a source of pride, it is a tool to avoid accountability for our actions. A dramatic example in Lord of the Rings is Sauraman, who deserves punishment for his terrible offenses, yet somehow makes people feel sorry for him, as if he is a victim, rather than a victimizer. Tolkien (and Peter Jackson, at the beginning of the extended version of the Return of the King) portrays his eloquence as something persuasive. He is so used to using words to manipulate others that he doesn’t know how to speak without doing so. The effect of giftedness and eloquence so used is chilling. Even Gandalf for a moment starts to be persuaded by him before he wakes up to what is happening.

The fact that someone can commit immorality and expect everyone to immediately restore him and move on demonstrates a failure to recognize sin’s seriousness. If the simple words, “I’m sorry” can head off all consequences of sin, a calculating person can simply say, “I’m sorry” as a means of getting what he wants—namely to escape the consequences of his choices and to minimize any potential damage to his reputation. But if his main concern is reputation, can he be truly repentant? (I do not mean to be brutal here—I cringe at my own sin and know I could do the same.)

We are not free to define grace however we wish. We should not take the moral high ground of accusing others of not showing us grace, as if grace is something we deserve. By definition, grace is something we do NOT deserve. We demonstrate pride in thinking we can structure the grace of others toward us in just the package we want it in. (Like a spouse who, after saying “I’m sorry,” demands forgiveness and expects complete normalcy after being caught in adultery.)

Grace does not lower the bar, grace raises the bar, but it shows the love and commitment to work for the long haul with the repentant person to help him learn what God has for him and grow hopefully into a more godly person.

Daniel 4’s account of Nebuchadnezzar shows a process of restoration taking seven years. It was seven years before he “came to his senses” and stopped acting like an animal, who without conscience does instinctively whatever it takes to survive. A man with a conscience and a heart of humility accepts discipline from the hand of God and man. A man is acting like a beast when he thinks only of his welfare, not his responsibility and accountability.

Both Nebuchadnezzar and the prodigal son are said in their repentance to have come to their senses. They demonstrated this by a radical change in behavior, a new humility and willingness to accept God’s discipline. In the son’s case he did not expect his old position, but was grateful to take the most lowly role.

A question relevant to your pastor is if he has demonstrated that he has “come to his senses.” Or is he showing the same self-protective, manipulative, controlling behavior that took him down in the first place? I am not his judge, and it is your church leaders who must deal with this situation, not me, but I think it is a fair question to ask.

Power, including pastoral power, can be intoxicating. When we abuse it, we must be removed from the position of power. If we keep trying to rule over others, we will not learn to let others rule and direct us. To be the perpetrator, yet still try to control the outcome as if one were in charge, demonstrates blindness. Men do not hold themselves accountable, and men do not take charge of their own discipline and restoration. To do so is to demonstrate the sin of pride is not dead, but that having been caught in one arena, is now simply acting in another, for damage control.

Pride is a blinding force. It is in my life, and it is too slippery to grab hold of. I can think I’m not being proud, but that is the nature of pride—it is blind to itself. If an airplane pilot who crashed a plane is discovered to have a degenerative eye disease that caused his blindness, his first goal should not be to get restored as a pilot. His first goal should be to get the long-term help that it takes to deal with his disease. If his blindness can be overcome, perhaps years from now he might be a pilot. If not, he should never be a pilot again.

Pastoring and eldering are more than just skills, like the ability to fix a transmission or dunk a basketball (most of us realize that even in the NBA character is a factor, though much less so than in Christian ministry). They are sacred positions of privilege, carrying the highest qualifications. And when one has disqualified himself, the first desire should be character growth, not getting back into his previous position.

Much of this may be rooted in the extent of our trust in ourselves. We think we know better than those to whose care, including whose discipline, God has entrusted to us. The repentant man has lost his trust in himself. He recognizes self-dependence is not the solution to his problems, but the source of them.

I do not know your pastor, nor do I know you and whether your perceptions of him are accurate. But I believe that if your pastor is trusting his own perspective in this, he is demonstrating his blindness. It is that pride of self-trust, and the blindness in trusting self even when it has taken one down that has caused shame to the cause of Christ. It is that, NOT others who are uncaring and graceless—that is the biggest obstacle to true repentance and to any possibility of meaningful restoration.

For more on this subject, see Randy Alcorn's book The Grace and Truth Paradox.

Photo by Josh Applegate on Unsplash

Being a People of Repentance

video October 17, 2012
In this eight minute video, Randy Alcorn participates in a round table discussion with Pastors Stu Weber and Steve Keels at Good Shepherd Community Church. In this clip, they discuss being a people of repentance from 2 Timothy.

How Can Some Good, Moral People not Accept Christ and Go to Hell, while Other Sinful People Convert and Go to Heaven?

A friend has asked me this question: How is it that someone who lives a good and moral life will go to Hell while another person who has lived a very sinful life, but repents at the last moment, will go to Heaven? Can you help me know how to explain the answer?
Invest in Eternity