What Is Your Opinion of Day-Age Creationism?

What is your opinion of Day-Age Creationism and Dr. Hugh Ross beliefs? My pastor has been encouraging this viewpoint and I have some concerns.

In my opinion, and I recognize many Christians disagree with this, the Bible plainly teaches that God really created everything in six literal days. Historically this has been the near-unanimous view among Christians, at least until recently. In the early 19th century, uniformitarian “science” gained in popularity. Over time, society began to regard the evolutionary hypothesis (it doesn’t even meet the criteria of a theory) and its essential long ages as proven facts. Because evolutionary ideas are founded upon naturalistic presuppositions, their growing popularity (intentionally) resulted in a discrediting of the creation account of the Bible. Soon, many believers and seekers felt that they needed to choose between the Bible and scientific “fact” (of course, good science always supports the Bible).

Not only do we want to approach the interpretation of Scripture in the proper way, but just as foundationally we need to approach the interpretation of life in the way that God desires. If we believe that the Bible is inspired by God and foundational to all of our thinking, then we will interpret all outside data through the lens of Scripture when seeking truth. God’s Word directly or indirectly informs our thinking concerning all things pertaining to life and godliness. We must not only become familiar with the intended meaning of the Biblical authors, but we must also apply that truth to everything that we see and hear.

Unfortunately, there have been many well-intentioned brothers and sisters in Christ who have not understood the importance of a Biblical worldview. Having been deceived to place their faith in man’s fallible theories, they became desperate to somehow reconcile the Bible with what they mistakenly believed to be scientific truth. There have been several attempts to compromise God’s Word with evolutionary ideas about origins, the most popular being gap theories and day-age theories. Hugh Ross’s ideas fall under the heading of day-age theories, and are often referred to as Progressive Creationism. But all such (compromise) positions share one thing in common: They allow the scientific claims of the day to stand in authority over the Bible. They then stray in their hermeneutic from seeking the intended meaning of the Biblical authors, to allowing the reader to stand in authority over what a given Biblical passage should mean (in order to conform it to the scientific claim).

Although Hugh Ross agrees that one kind of creature can’t change into another, he otherwise accepts most aspects of evolutionary theory—especially the Big Bang theory. Some of the more notable Biblical changes his theory necessitates include: Physical death before sin; most stars and planets being created before the earth or the first creation day; creation subjected to futility from its very beginning; and, of course, denial of a global flood. He also equates the “facts of nature” (meaning current scientific theories and interpretations of nature) with God’s Word, likening them to a 67th book of the Bible. Yet his teachings have become increasingly popular. Several prominent Christian leaders have endorsed him, and NavPress has published his books.

I think there are several factors that contribute to his popularity:

• Some seminaries are not comfortable holding to the plain teaching of a young earth. Instead of clinging to the authority of Scripture, they seek relevance through “modern” theories of origins.

• Unlike the Bereans, we place our trust in Christian leaders who have supposedly studied the origins issue in-depth and have come to a conclusion that at best allows for an old earth and at worst insists upon it.

• We don’t understand the basic theological or scientific issues.

• The media constantly brainwashes us to believe that all scientists have bought into evolution and long ages; that new discoveries always support evolutionary ideas.

• We observe that many people reject Christianity due to the origins issue. We earnestly desire to see people saved, and feel that Hugh Ross’s teachings may bridge that gap.

• We have an intellectual pride that doesn’t want others to consider our beliefs foolish and outdated. Somehow we become deeply emotionally invested in maintaining such a “scientifically grounded” belief.

So how are we to respond? First of all, we pray! Then study up a bit on the subject. Finally, be sensitive to the guiding of the Holy Spirit towards opportunities to dialog and reconcile. Most importantly, we must speak the truth in love. Remember that Hugh Ross and those who hold to his views are sincere, well-intentioned Christians, beloved by God. I think part of the problem has been that those who have the best understanding on this subject haven’t always been reverent and gentle with their brothers and sisters in Christ. It’s easy to get frustrated when the leadership of your church heads down the wrong theological path. Worse yet, how can one just stand by when the congregation is being taught ideas that we are convinced don’t square with Scripture. Yet perhaps God has placed us in a particular church for such a time as this...or next month...or next year. God’s timing is always perfect, and He is faithful to provide the opportunity to carry out that which He has given us a burden to do.

In order to learn more about the Biblical and scientific problems with Progressive Creationist beliefs, I highly recommend three resources:

2. Creation and Time: A Report on the Progressive Creationist Book by Hugh Ross by Van Bebber and Taylor (1994)

3. The website of a ministry called Answers In Genesis: www.answersingenesis.org

Refuting Compromise is by far the most comprehensive work on the subject that I am aware of. There are many books put out by the Intelligent Design movement (including those that you mentioned) that are excellent at demolishing evolutionary theory. Although these books can be very useful, disproving evolution is only half of the battle. The true identity of the Creator must also be proclaimed. To quote Henry Morris:

“The evolutionary ages of geology represent a billion years of wasteful inefficiency and profound cruelty if they were, indeed, a part of God’s work. They would completely discredit God as a God of order, intelligence, power, grace, and love. Death represents ‘the wages of sin’ (Rom 6:23), not of divine love. Thus, the gap theory (placing the geological ages before creation week) and the day-age or progressive creation theory (incorporating the geological ages during creation week) in effect imply that the Creator is either a bumbler or a monster. In reality, the geological ages are nothing but evolutionary delusions. The fossils are much more realistically explained in terms of the Flood. Even Satan still was ‘perfect’ (Ez 28:15) at the end of creation week...after God’s universal ‘very good’ proclamation.”

The age of the earth really becomes a very important question. Are we willing to believe that God did it as He said He did? 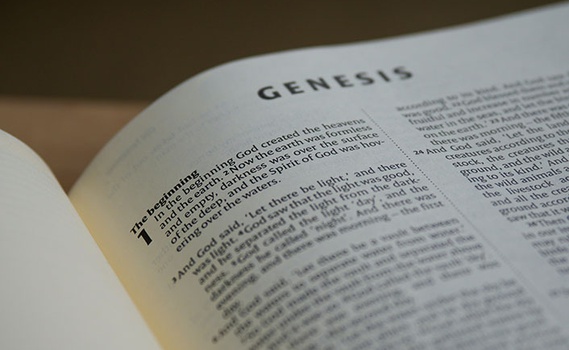 article July 12, 2010
I respect friends who hold to the gap theory and day age and the variants, and appreciate their insistence on inspiration. Yet when I listen to Hugh Ross and others, including Walter Kaiser, I’m still left feeling it’s obvious that no one would ever have come up with such interpretations except to solve a problem. And how many problems of one era disappeared on their own, only to leave believers with a strange biblical interpretation the text doesn’t and never did support?
Invest in Eternity